Nike will release a new city collection which will feature women’s Nike Air Force 1s in highs and lows. Not only will the AF1 release but the Nike Benassi Slides and Nike City Collection Capes.

Style is unique to the individual and varies greatly from place to place. While stylish people exist in every corner of the globe there are six cities that have distinguished themselves from the rest. In these places style oozes from every alley, back road, and pothole. These style capitals are home to people unafraid to zig when others zag; home to people pushing new trends and connecting global communities through fresh cultural perspectives. Celebrating the bold and fearless attitudes of London, Milan, New York, Paris, Tokyo, and Shanghai, Nike Sportswear introduces the Holiday ’14 Women’s City Collection.

First released in 1982, the Nike Air Force 1 sneaker marked the first use of Nike Air cushioning in basketball footwear and slowly became a hit as its popularity spread from neighborhood to neighborhood along the I-95 corridor between New York and Washington, D.C. Named after the U.S. presidential plane and designed by Bruce Kilgore, the shoe’s endless iterations have inspired undying loyalty across communities for three decades, propelling the iconic silhouette beyond the basketball court to the pinnacle of sport and street culture. From couture designers to musicians, the Nike Air Force 1 remains an underground style standard.

For London, the Nike Air Force 1 low is dressed in a subdued version of British racing green. The Tokyo Nike Air Force 1 low pulls from the vibrant red of the Japanese flag. Digging into the great artistic legacy of the city, Milan’s AF1 low gives a nod to the yellow limonite ochre common in renaissance paintings. An ode to the classic white on white, the New York AF1 high provides a new vision for the quintessential Air Force 1 colorway. For Paris, the high version comes bathed in a beautiful French blue. Finally, an antiqued red connects Shanghai to the tales of its lost dynasties.

A stylized street map is stitched onto the leather upper of each shoe, calling out specific attributes of the different city’s unique layout. A subtle circle on the maps calls out prominent Nike retail locations in the respective cities. For the sock liner, a geometric all-over print pattern highlights the iconic architecture characterizing individual style capitals.

Releasing alongside the Air Force 1s are matching Nike Benassi Slides and Nike City Collection Capes. The capes are constructed out of a water-resistant nylon ripstop, choice for dealing with difficult winter weather. The cape also features the geometric all-over print pattern from the Air Force sock liner.

Check out Nike on the 23rd to make your purchase. 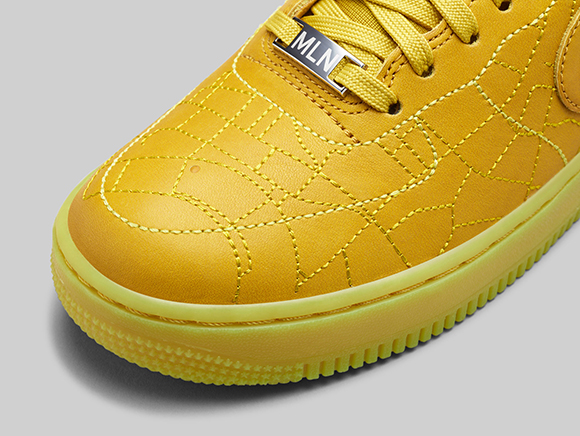 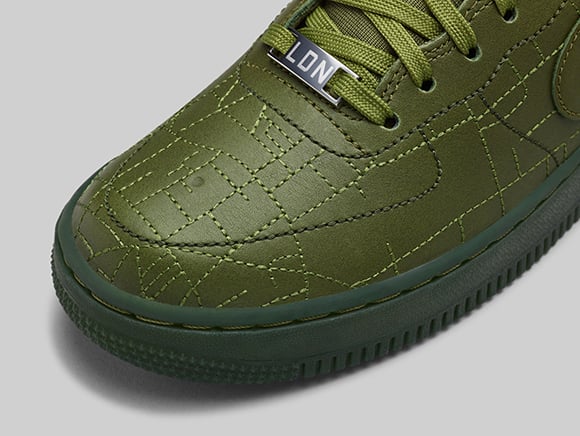 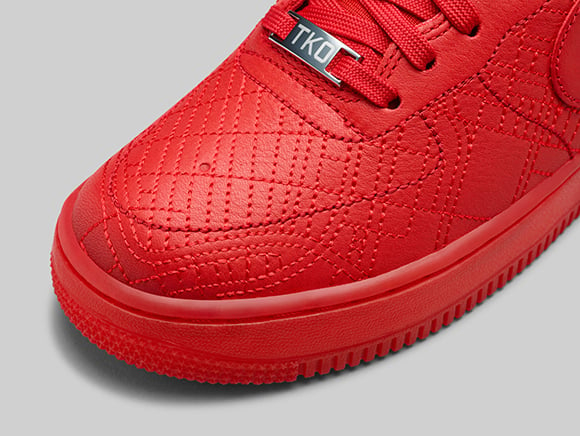 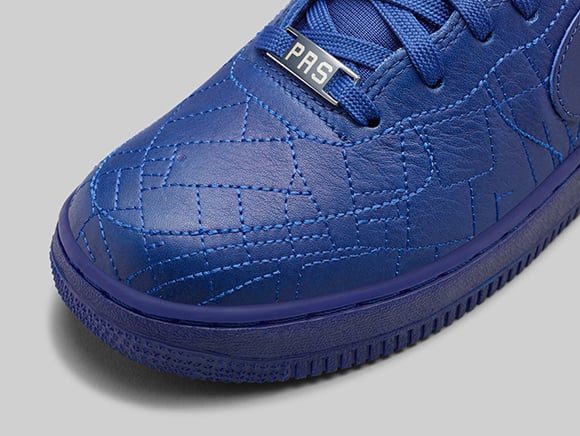 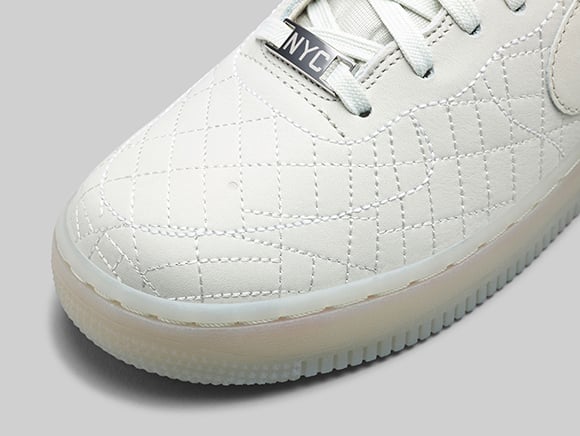 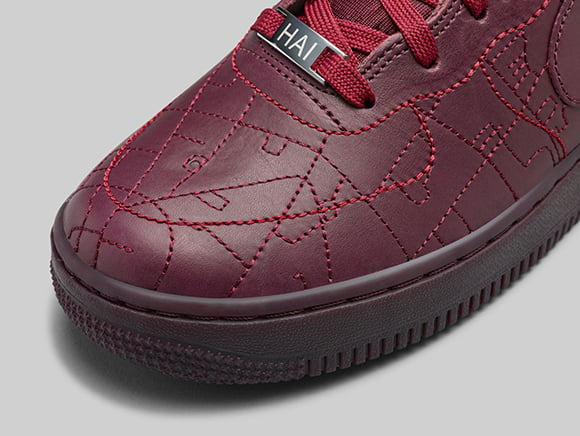 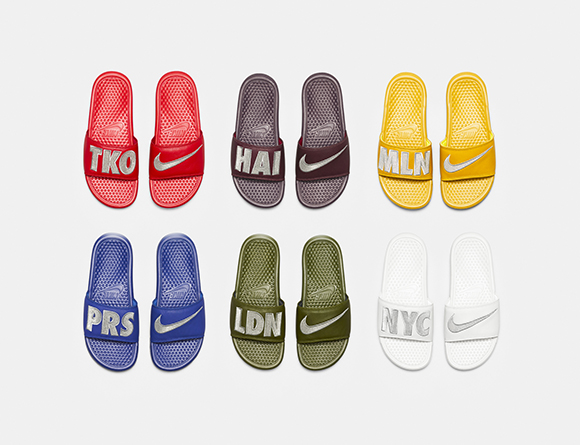