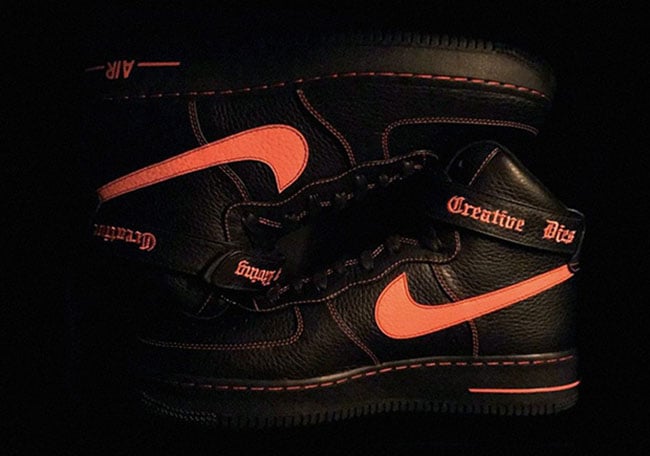 The VLONE Nike Air Force 1 High was first seen during New York Fashion Week back in February. Rumor has it they will be releasing during Fall/Winter 2017.

Having a similar theme to it’s predecessor, this Nike Air Force 1 High is dressed in Black and Orange. While Black is predominately used across the uppers, Orange accents are seen on the Swoosh and other parts. Across the strap it reads “Every Living Creative Dies Alone”.

For now, a release date for the VLONE Nike Air Force 1 High has yet to be announced, but is rumored to release during Fall or Winter 2017. Once we have more information available, we will make sure to update. Below you can check out additional images which will give you a closer look. 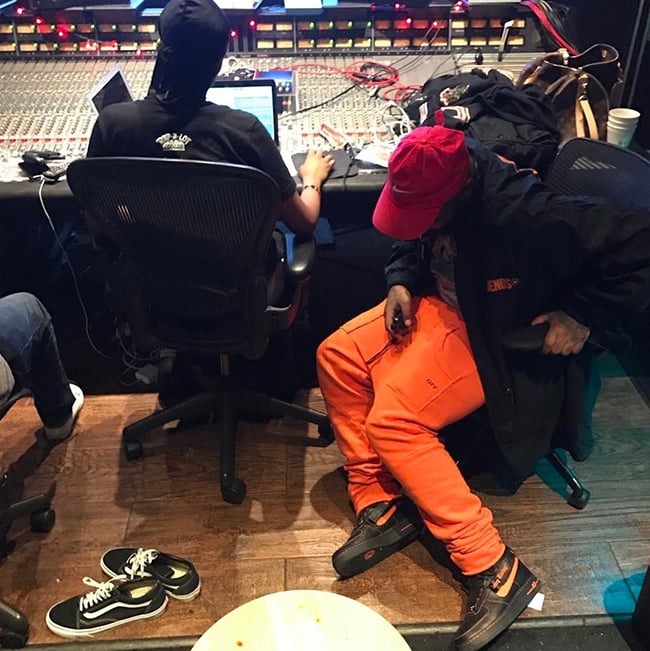 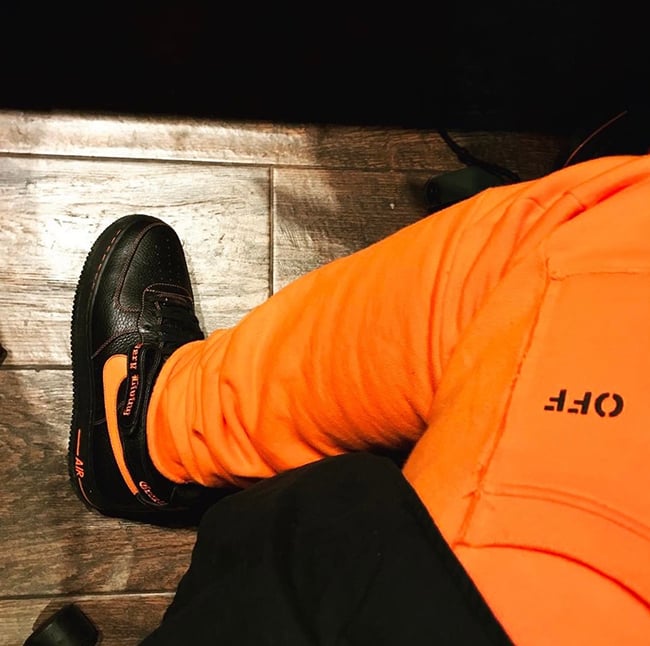 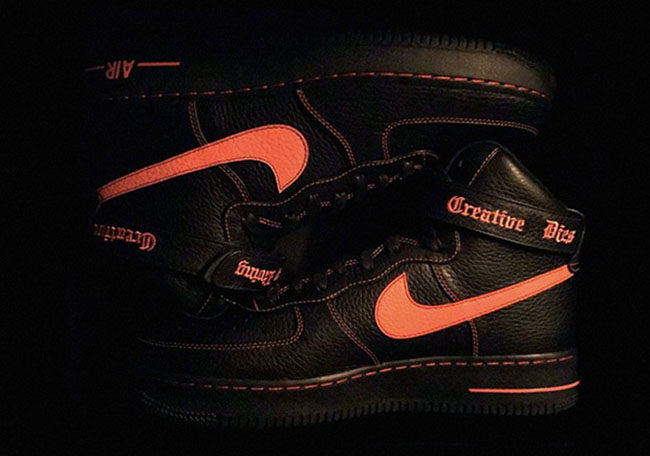 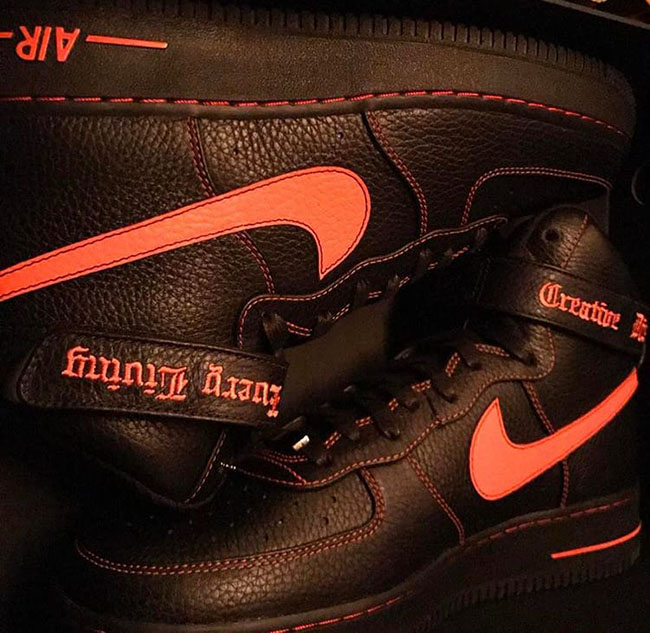