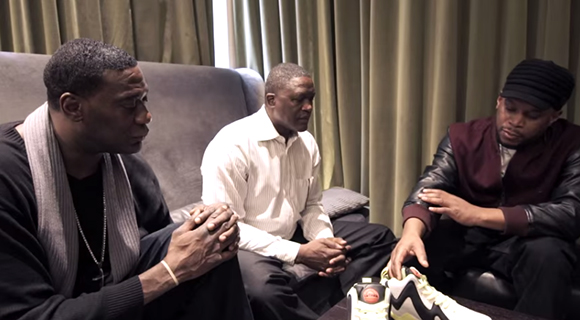 Two legends will come together by the way of sneakers. The Reebok Kamikaze II worn by Shawn Kemp and the Pump Twilight Zone made famous by Dominique Wilkins come together to form the Pump Kamikaze II. The two former NBA stars sat down with Sway to briefly discuss the upcoming release.

The actual sit down with Sway, Shawn Kemp and Dominique Wilkins took place over All Star weekend, but they were keeping the video on ice until we got closer to the Reebok Pump Kamikaze II release. The video shows some of the two infamous dunks along with talking about the new hybrid.

The Reebok Pump Kamikaze II ‘Twilight Zone’ will release on March 13th at Finish Line for $125.