Earlier we showed you an epic look at the Soar/Cyber aka Sprite Nike Penny 2 QS, and we took it a bit further with this video.

The Sprite Nike Penny II was slated for a June release and only to Nike Sportswear accounts, but it looks like the brand decided to push the release forward (maybe due to all the releases next month?). This pair (alongside the Black/Cyber) is a quickstrike, so a limited quantity of pairs were produced.

Containing a white rubber midsole, leather around the mid-panel and soar blue suede on the uppers, the official colorway for the QS Nike Penny 2 shown is Soar/Cyber-Black-White and comes with a retail price of $155.

Give your local Nike Sportswear retailer a call, they should have this pair in soon if not already. 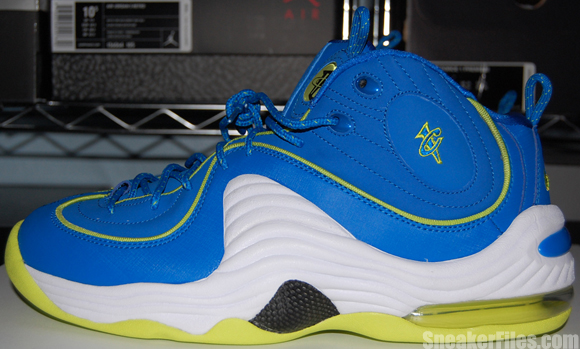