One of the biggest Jordan releases of 2014 is a week away, the Carmine Air Jordan 6. As we are sure 99% of you are planning on picking up a pair, we still wanted to share a video of the kicks.

The Carmines made a debut back in 1991. For years sneakerheads wanted another chance to pick up the pair. Fast forward to 2008 and everyone had that chance, but in order to obtain them you would have to purchase what is known as the Countdown Pack. The Carmine Jordan VI was packaged with the Jordan 17’s and retailed for $310. Countdown packs were to celebrate the release of the Air Jordan XX3. This specific pack, would equal the number 23; 6 + 17 = 23.

6 years later (ironic isn’t it?) Jordan Brand has decided to bring them back, this time allowing us to only purchase the single pair at $170. Still a mark up from 1991, but a lot cheaper than $310. Most didn’t want the 17’s and purchased the pack for the Carmines anyways.

For 2014, the Carmine Jordan 6 stays somewhat true to the OG’s with a mixture of nubuck and leather. Instead of the clear sole we have a blue tinted one. When JB introduced the blue transparent soles, an outrage would pursue but with time it seems like that has subsided.

Hitting retailers May 24th 2014 and due to the frenzy for this release picking up a pair won’t be the easiest task. You can always stop by KickSole.com as they have sizes available. 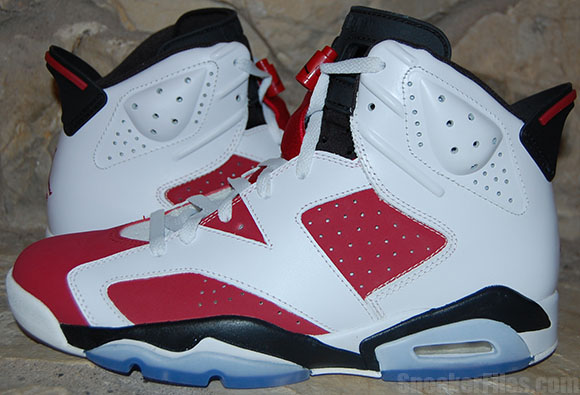 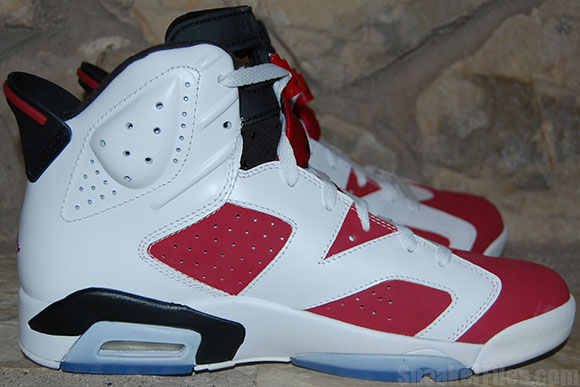 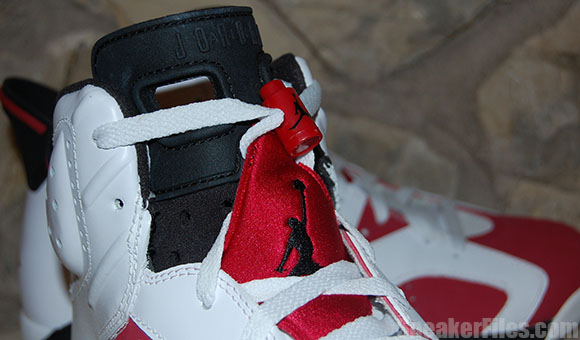 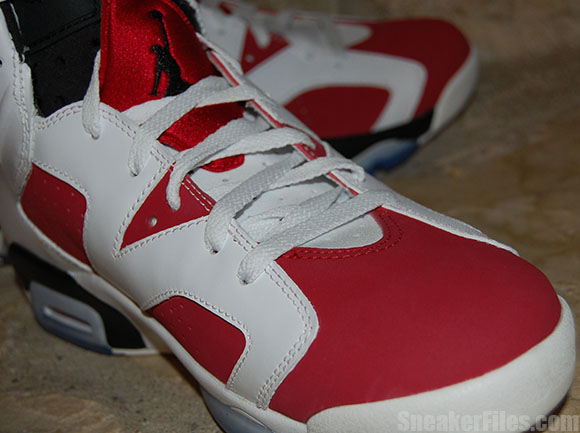 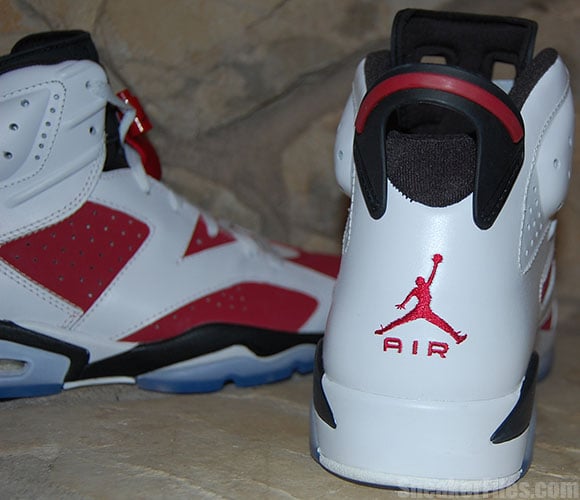 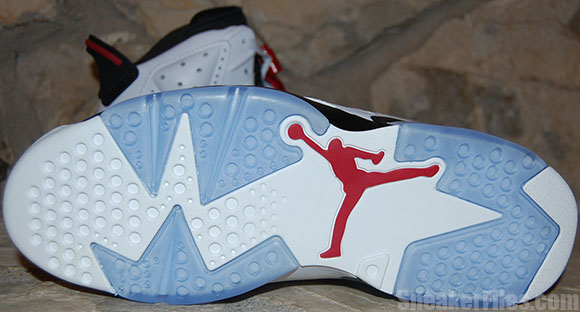