On Wednesday, August 29th 2012 the Bait x Asics Gel-Lyte 3 Green Ring released at Bait. Today we will show you a close up of the shoe that sold out.

Running down the Asics x Bait Gel-Lyte III Green Ring which features a canvas upper in Forrest Green, 3M Asics logo on both side panels and heel, navy blue on the liner and hints throughout, plus a white midsole. The sole is predominate blue with a small part being green. Last but not least the insole is Gold with the Asics logo in green.

Each pair comes with 3 sets of laces; blue, green and white.

Bait sold out shortly after the release, but PickYourShoes.com has sizes still available. Retail price is $129.99. 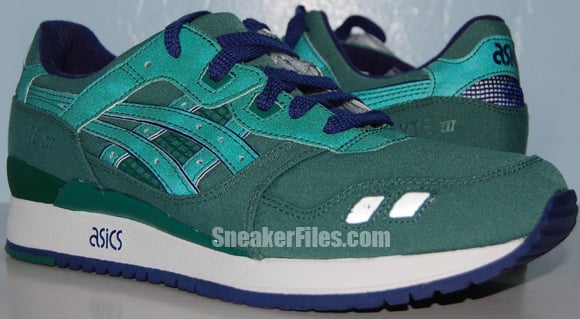