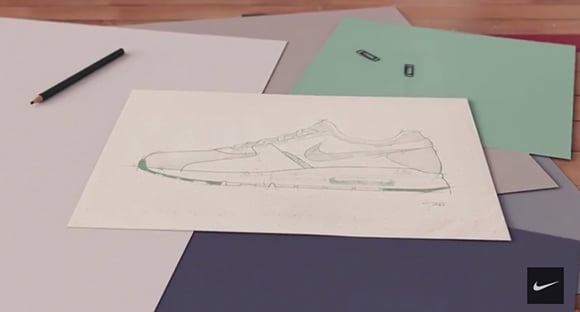 The video which is pretty cool and animated nicely, does somewhat of a countdown backwards that starts off with the Air Max 2015 and ends up showing off a piece of paper with a new model illustrated. The model is the Nike Air Max Zero, a new model from Tinker that should debut on Air Max day.

There isn’t a confirmed release date for the Air Max Zero, but judging from the video and the build up to the celebration, we believe they will drop on March 26th along with many other pairs. You can watch the full video below.