Not quite to original form, except for the mesh uppers will not feature 3M on the 2013 Air Jordan XIII Bred. It is actually silver dots, almost like a pinstripe.

The Jordan 13 Black/Red 2013 does feature red suede around the midsole that runs up the side panel and heel, black suede on the tongue, tumbled leather on the toe box, white “paws” on the sole, carbon plate and of course the beloved hologram at the heel.

A specific release date has not been announced yet, but the Air Jordan 13 Black/Red is expected to drop in February 2013. You can pick up a pair now at KickSole.com. 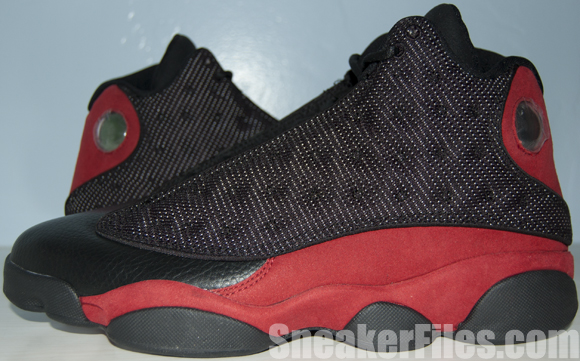