10 years later, the Air Jordan 9 Cool Grey has finally released over the weekend.

Although not an original colorway, the 2012 Cool Grey Air Jordan IX has gained nostalgia. The original release date was in 2002.

For the 2012 pair, it features patent leather medium grey right above the midsole, cool grey nubuck on the uppers, white accents the midsole and Jumpman logo on the sole, heel and insole. Finally we have a somewhat transparent grey sole.

Most places have sold out, or did a raffle. For places that raffled off the Cool Grey Jordan 9, call today because they will re-release to the public. 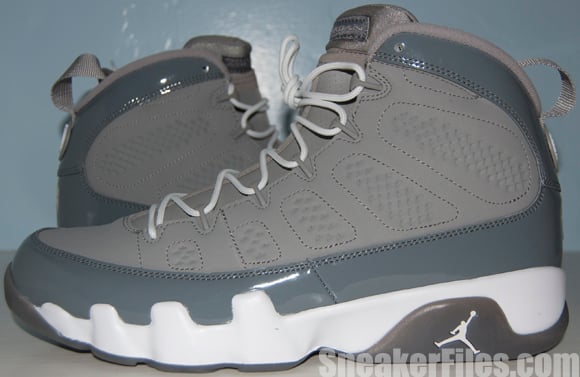