First we saw Carmelo Anthony rock a suede version of the Air Jordan 4 ‘Toro Bravo’ and many sneakerheads hoped for a release. That wish has come true but with one alteration.

From the nickname, you can see that the Air Jordan IV Toro Bravo will actually use Nubuck on the uppers, giving them a second nickname of ‘Nubuck Red’. Take note that the uppers are not like your traditional nubuck but a finer grade making them smoother.

On to the shoes, the Nubuck Red Air Jordan 4 features a predominate red upper, mash up of black, grey and white on the midsole and plastic wings. The red mesh that lays above the black adds for a nice contrast. 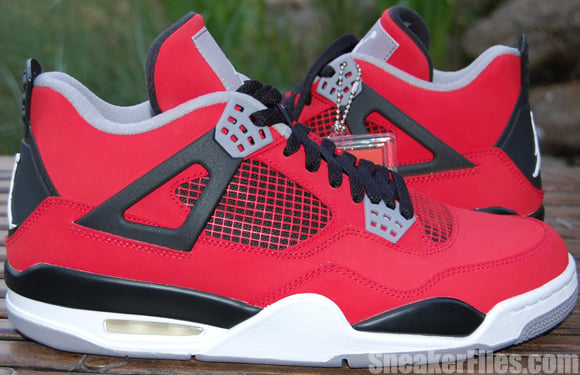