Nicknamed “Playoff” and “Bred”, we have up close video footage of the 2012 Air Jordan 11 Black/Red.

The last time we saw the Black/Red Air Jordan XI release was in 2008 apart of the Countdown packs. Come December you can have your chance once again to own.

They come with a pair of red plastic shoe horns and regular Jordan box (the one that the Playoff Jordan 12 came with). Now, there is still time for Jordan Brand to switch and we have heard a special edition box is still a possibility.

Not set in stone, but the Jordan XI Playoff 2012 is expected to release December 22nd 2012 with a retail price of $180. Official colorway is Black/Varsity Red-White. You can pick your pair up now at KickSole.com. 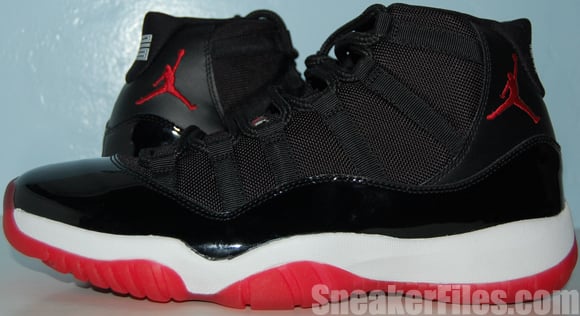