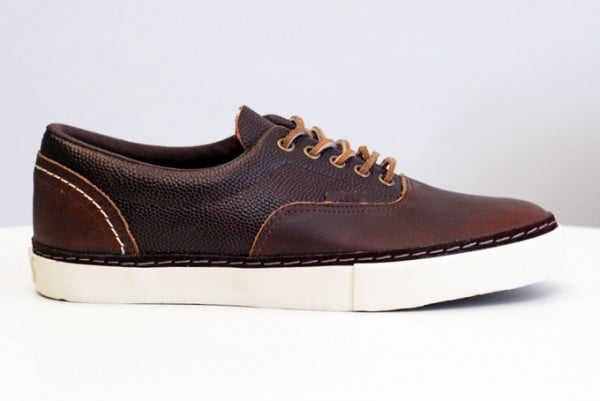 Crooked Tongues provides the latest look at the upcoming Vans Vault Era Horween LX, due out at Vault accounts as a Fall 2012 release.

The Vans Vault range is rapidly gathering steam as the definitive special projects line. Once, it was the anonymous middleground between accessible Vans and those gloriously nichey hardcore skate Syndicate pieces, but it found its lane a couple of years ago (those Ray Barbee repros were crack) and has been constantly killing it since. Bringing designer (TAKA) in as a staffer on the project seems to have yielded big things too. The key to the best Vault drops is in how they make classic Vans shapes so covetable. Usually, a pair of Authentics is a shoe that we don’t fear annihilating — they’re disposable. These are a little different. The Horween tannery has long been the king of US-sourced leather (witness the recent Gourmet pieces using their output and the underrated Timberland Abington line as well as some Alden greats) and we’ve long wanted to see a shoe made using their famed Cordovan leather, but we think an affection for equines and fear of an animal rights backlash (even though it seems to be acceptable to wear bovine) means that’s never to be.

You see the term “premium” hurled around, but there’s usually a catch. Here, Vans have warranted the LX in the name. The two textures of leather used here to bring out the dual-tone versatility of the shoe, a matt variant and a dimpled variant, all work well but what really works is the quality of construction too. What’s the point of sticking a baked rubber sole on an upper that’s made to be worn in and improve with repeat wear? That would be a little contradictory. The brown suede around the foxing and stitching promises a little more longevity. Part of a trio that includes an equally classy Mountain Edition and a Piragua (which feels like a more luxurious Zapato Del Barco), these drop soon at your local Vans Vault dealer. 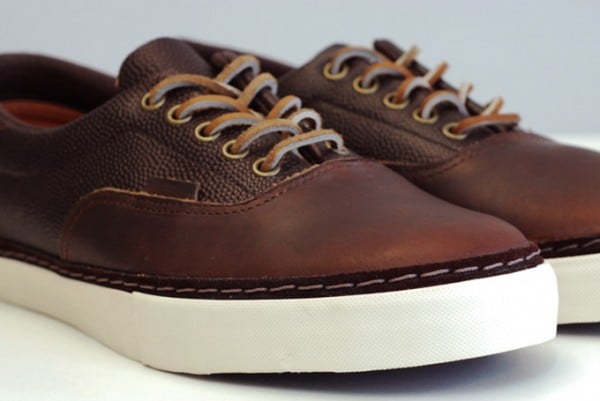 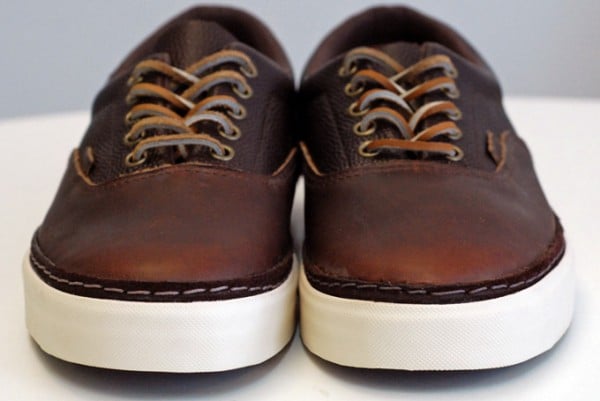 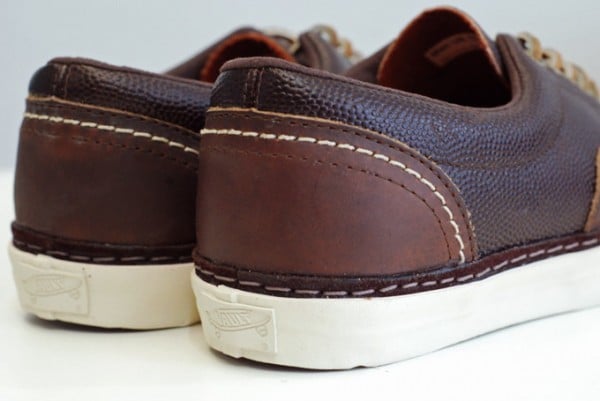