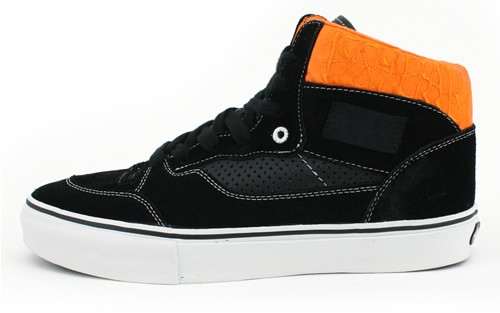 Last month, we showcased the Vans Caballero 20th Anniversary Pack which celebrates the model’s twenty years as an elite skateboarding sneaker. Vans has just released another colorway of their hightop skate shoe which features a full black upper accented by an orange ankle and a white midsole. The Vans Caballero, which is named after skater Steve Caballero, was orginally released back in 1989, but the sneaker is certainly still a great choice today for skaters and sneakerheads alike. The Vans Vault Caballero LX – 20th Anniversary is now available at select Vans retailers. 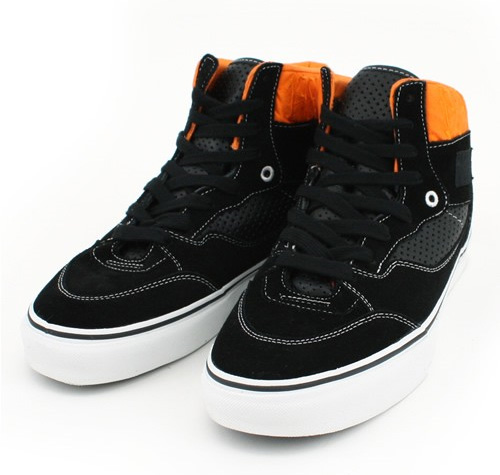 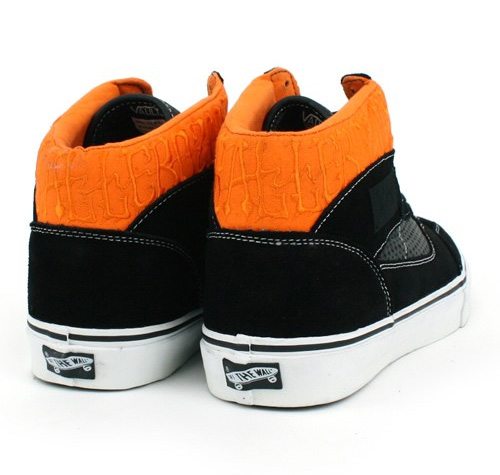