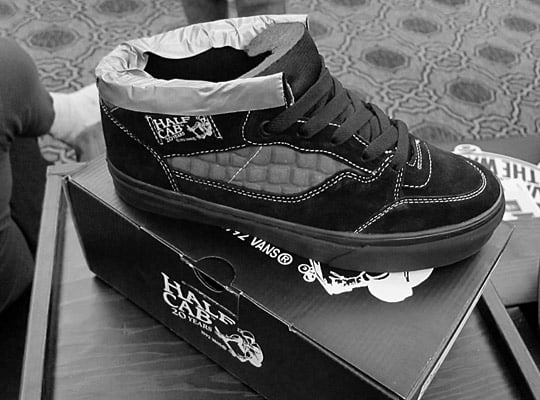 In addition to the Fall line-up of the Vans Half Cab, comes the exclusive version in 2012. For a bit of history, the Vans ‘Half Cab’ was created by Vans in 1992 after the popular practice of pro and amateur skaters cutting their high cut Vans Caballeros ‘in-half’ creating their own low cut version of the shoe.

To commemorate the popular lifestyle back in the day, Vans is set to release the Half-Cab in the famous cut-off, duck-taped version of the shoe that will be released in a very limited number of 20 pairs at Supreme. In addition to the 20th Anniversary release, will be 4 more versions of the Half Cab inspired by legendary Thrasher Magazine covers.

Be sure to check back for more images as the release date approaches.

Vans is Celebrating the 30th Anniversary of the Half Cab