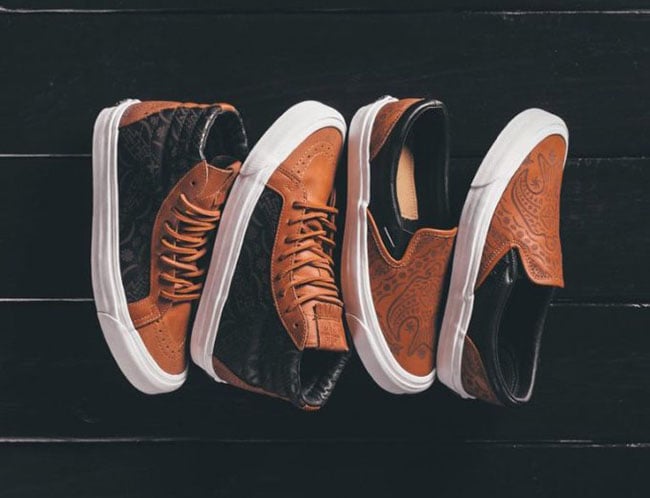 Another special collaboration has unfolded with Vans and Brooks the bike seat company. Vans is celebrating their 50th Anniversary while Brooks has landed on the 150th Anniversary.

This collaboration includes two models, the Vans SK8-Hi and the Vans Slip-On. In addition, Taka Hayashi joined in while using his laser etched graphic throughout. Both pairs will use a two-tone leather upper with shades of Brown and Black. For the SK8-Hi, they feature an embroidered Jazz Stripe while leather laces are used. The Slip-On comes with leather while both have a White midsole.

Below you can check out more images of the Vans x Brooks England x Taka Hayashi Collection giving you a better look. For those interested in purchasing, they are now arriving at select Vans retailers like Feature. Visit the comments section and let us know your thoughts on the two. 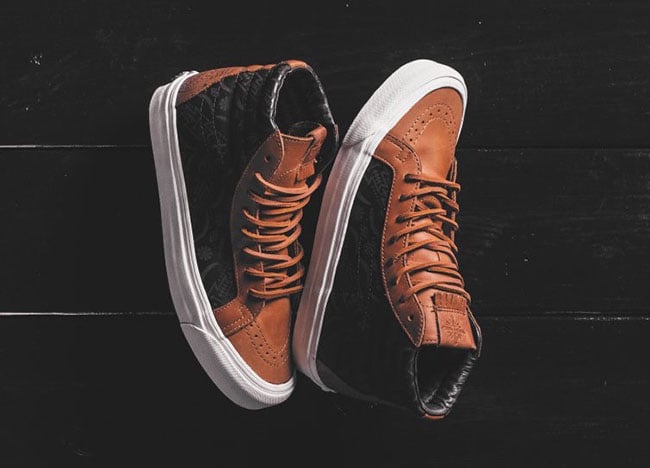 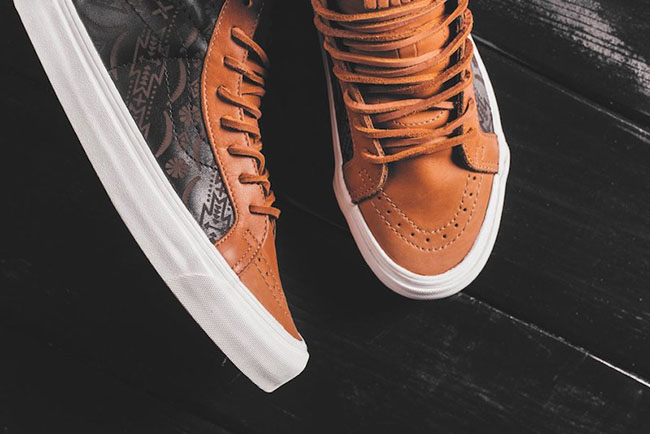 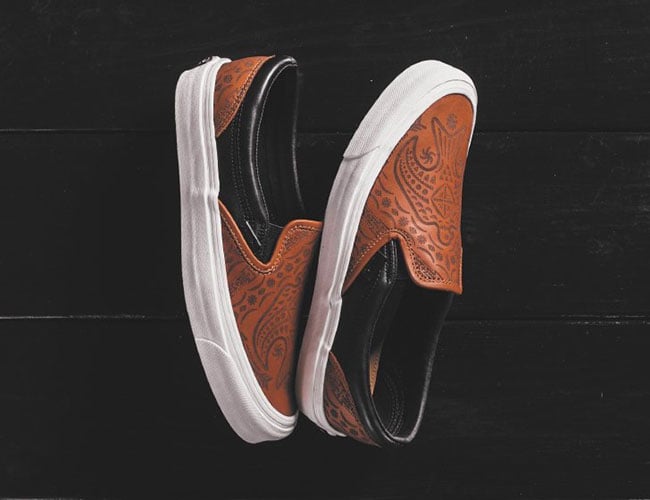 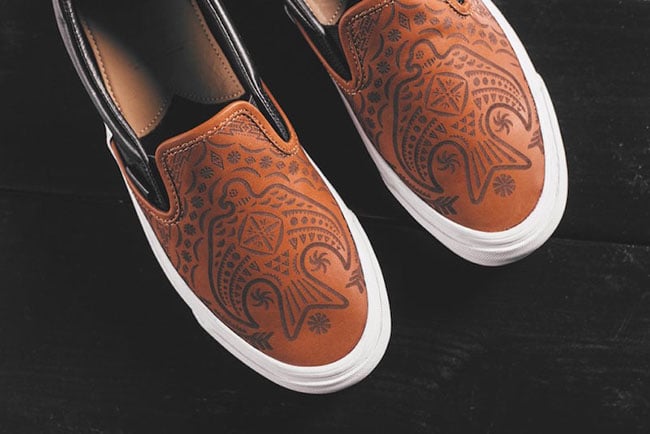