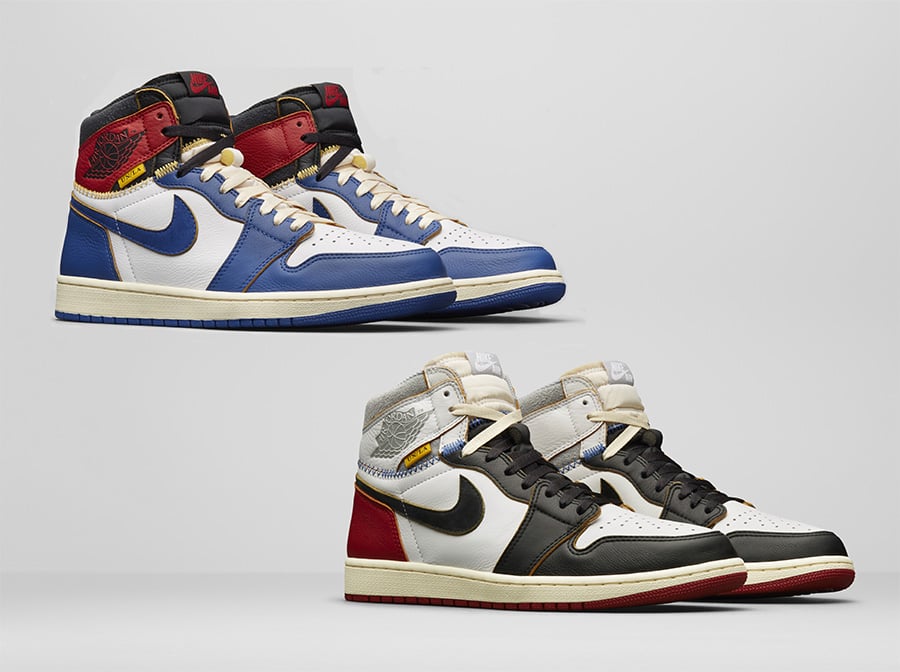 The unique part of this Air Jordan 1 by Union is that it features two OG Air Jordan 1 releases which includes the ‘Black Toe’ along with the White and Grey edition. Constructed with premium leather throughout, the Black Toe theme is used across the lower half while the White/Grey colorway hits the collar. In addition we have Blue stitching which connects the two OG colors, Union LA labels just under the Wings logo and two-tone laces.

Expect the Union x Air Jordan 1 Retro High OG NRG to release in both colorways on November 17th at select Jordan Brand retailers. Retail price is set at $190. Continue to scroll below to check out more images which will provide you with a closer look.

Update: Jordan Brand and Union unveiled the Union x Air Jordan Collection. Two colorways of the Air Jordan 1 will release, the first in White/Storm Blue-Varsity Red while the second comes in a White/Varsity Red-Wolf Grey-Black theme.

Not only will footwear release, the Union x Air Jordan Collection will consist of t-shirts, shorts, hoodies and more. To follow the vintage theme, the apparel is was and distressed. Release Date is set at $190. 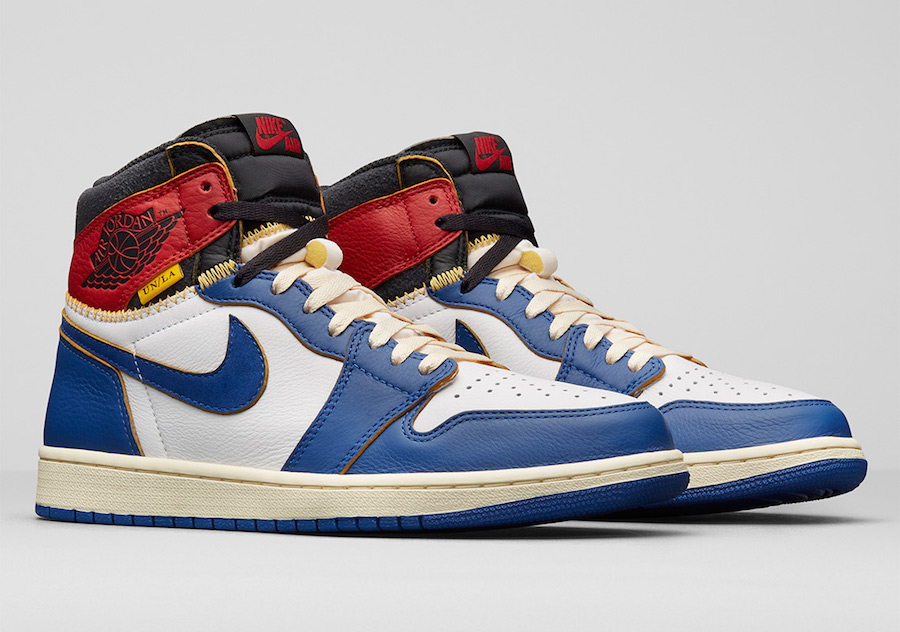 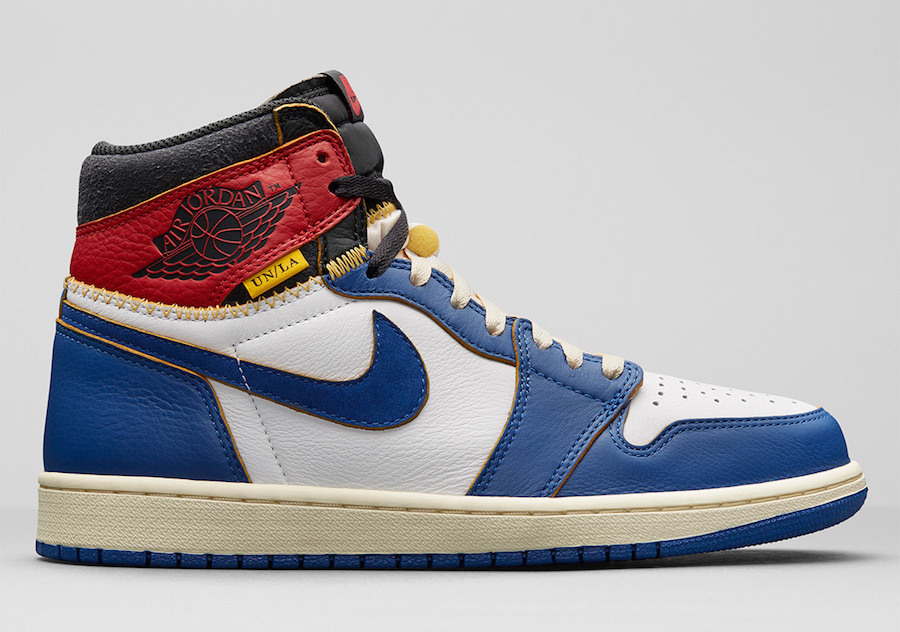 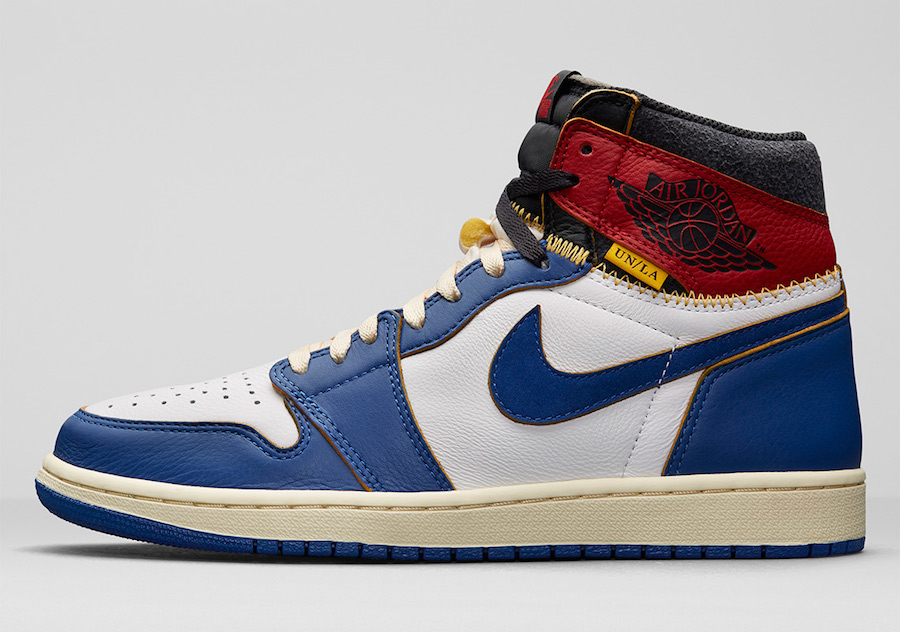 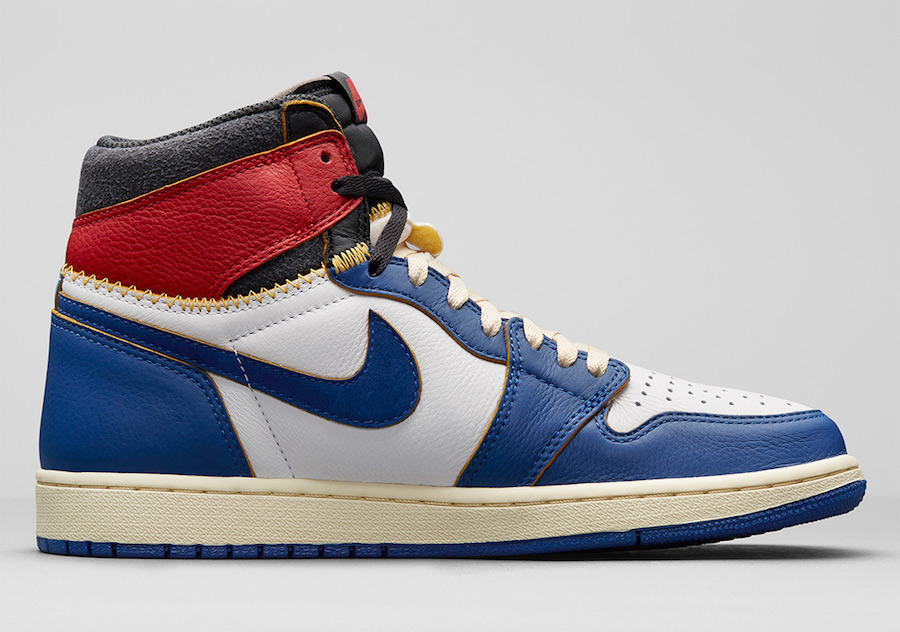 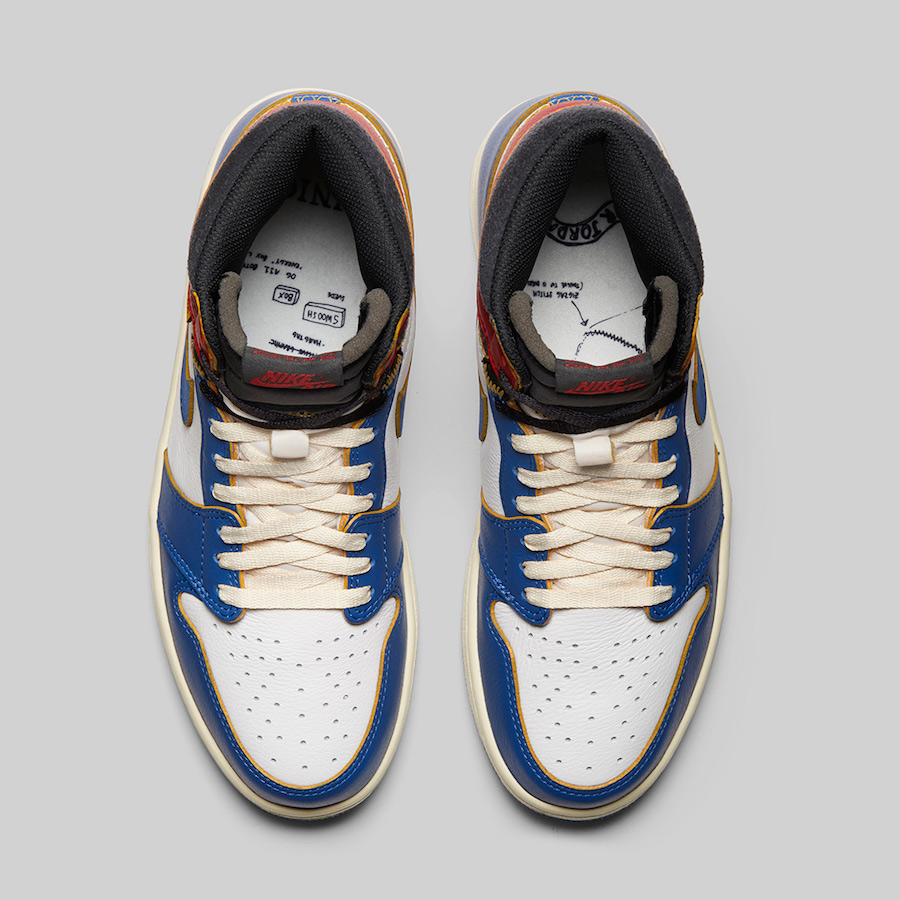 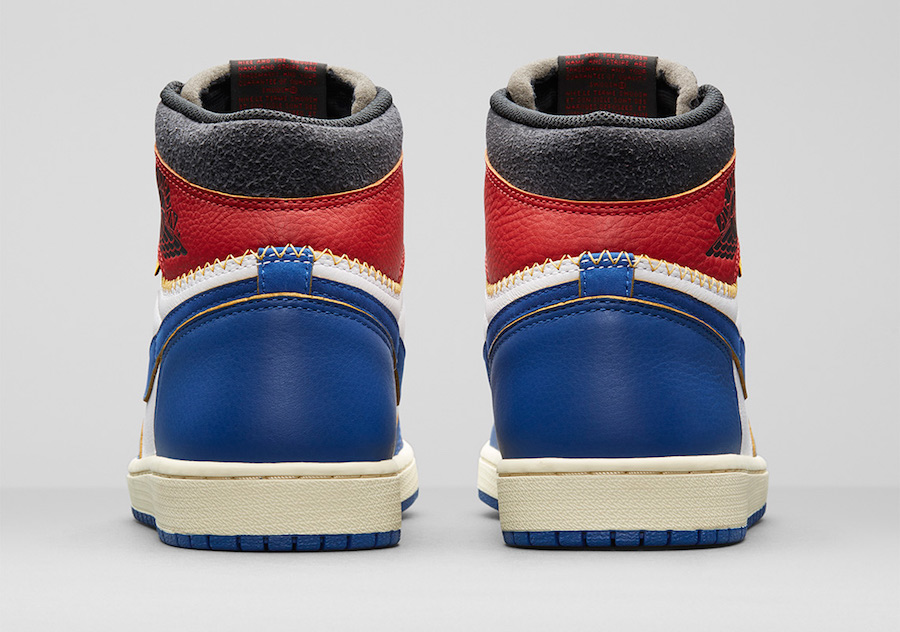 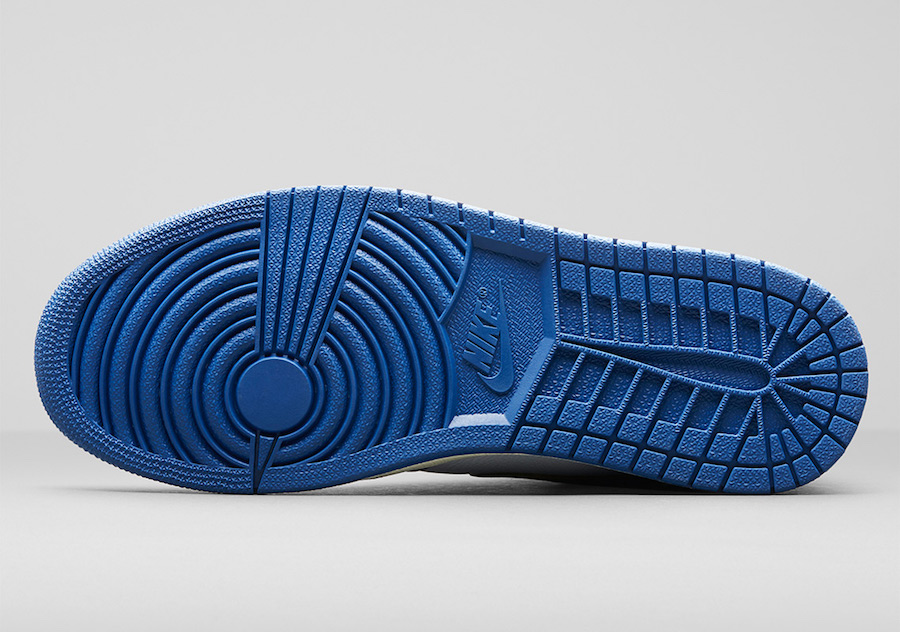 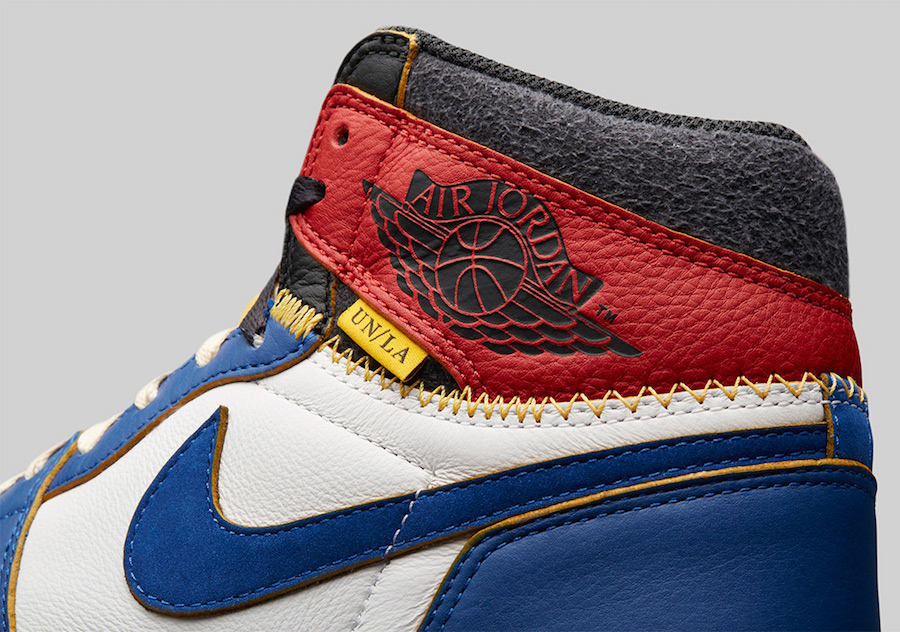 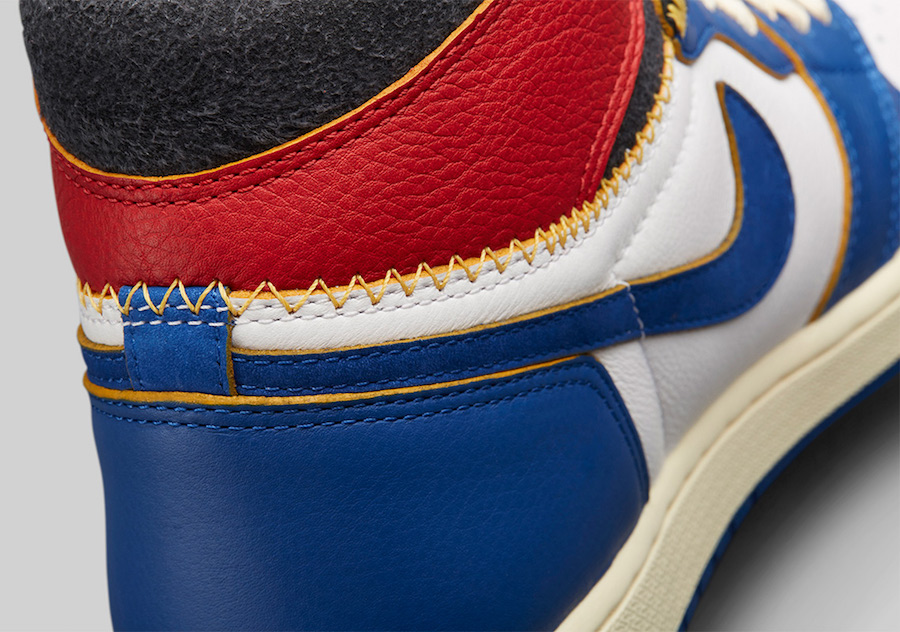 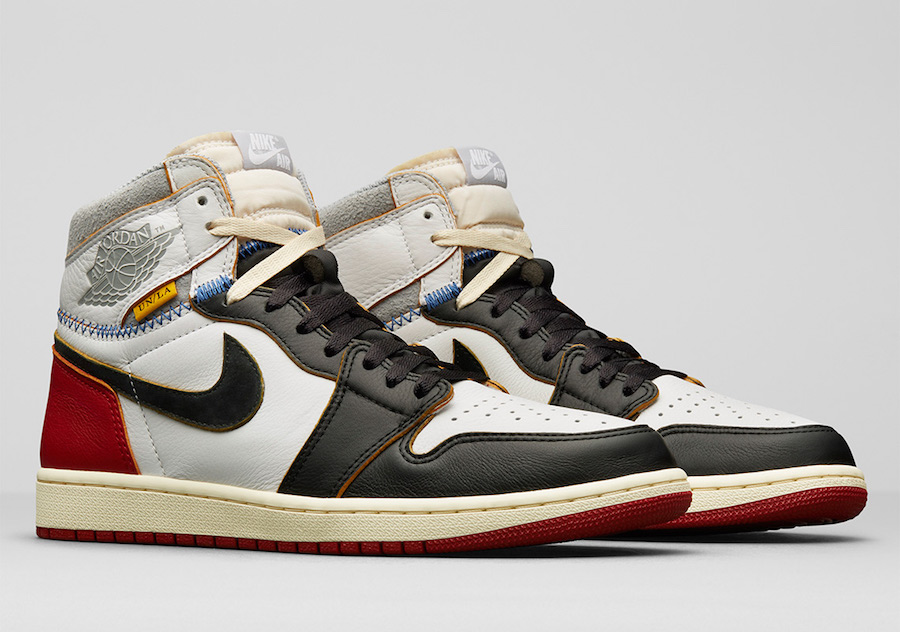 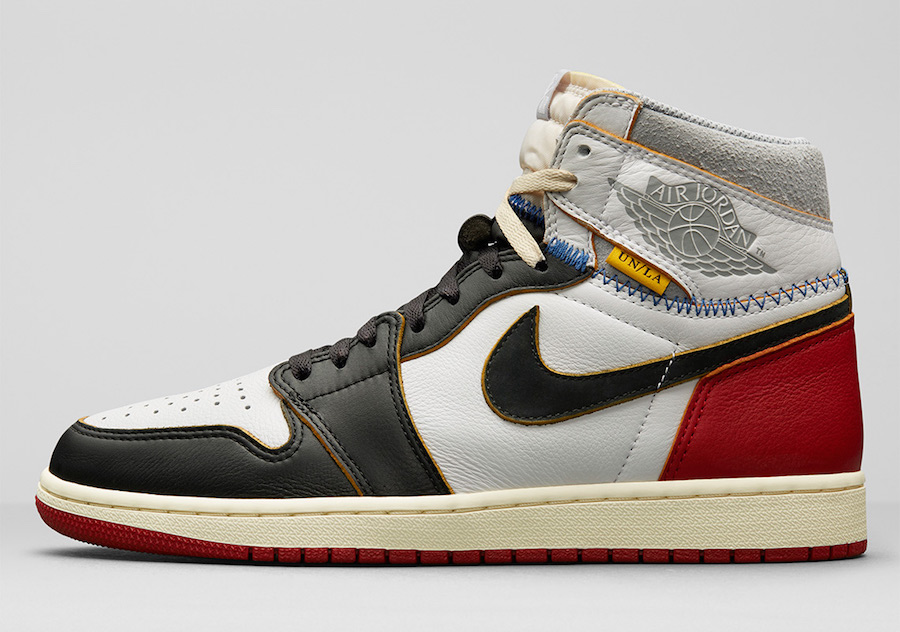 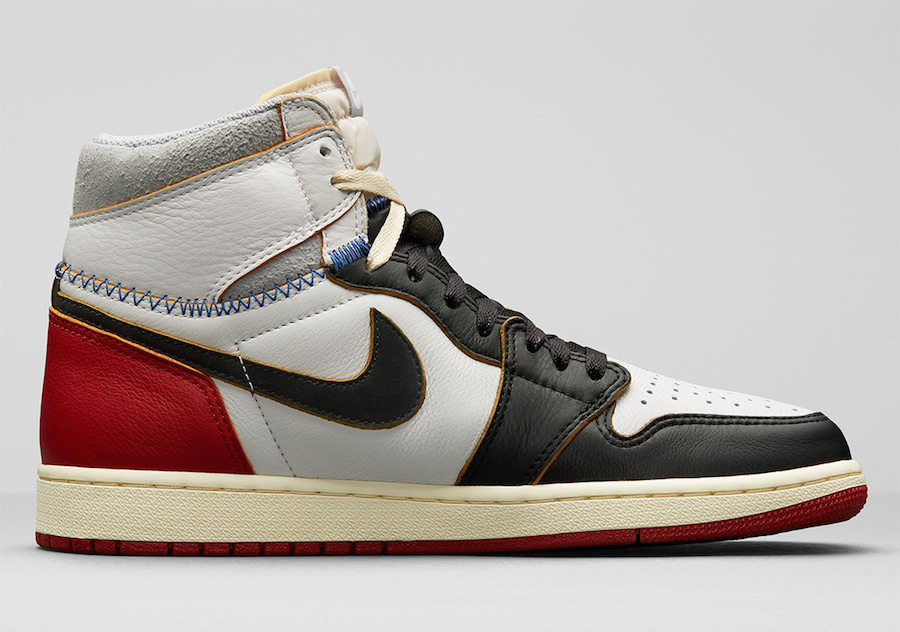 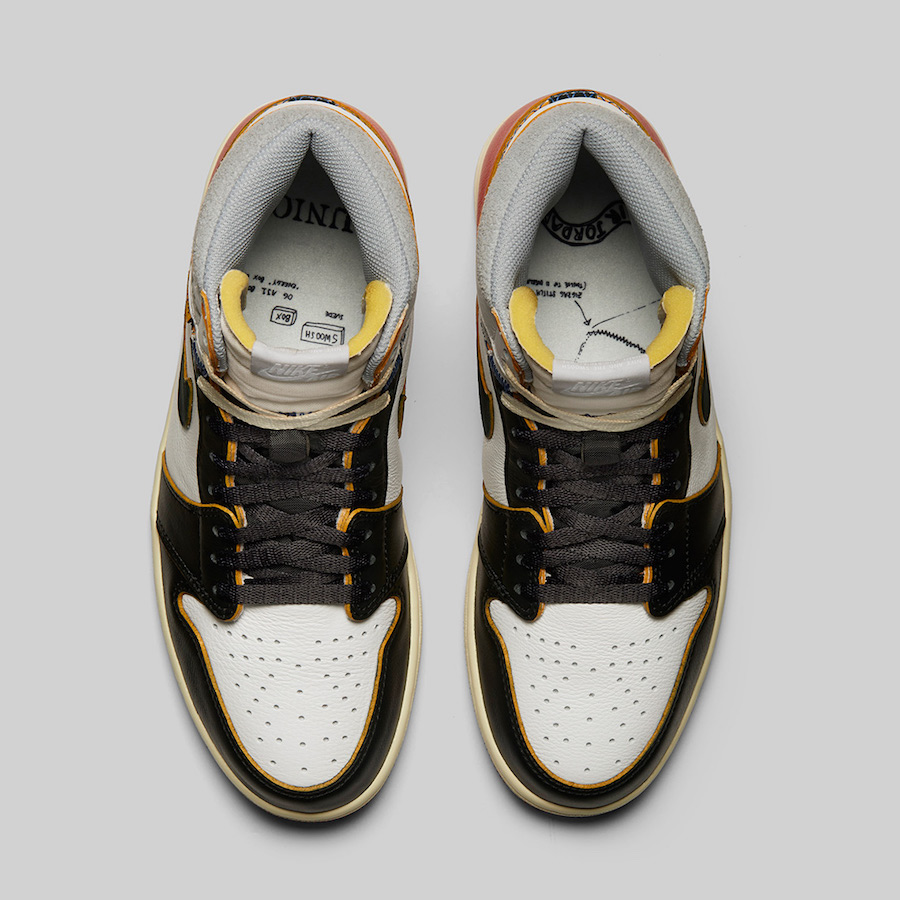 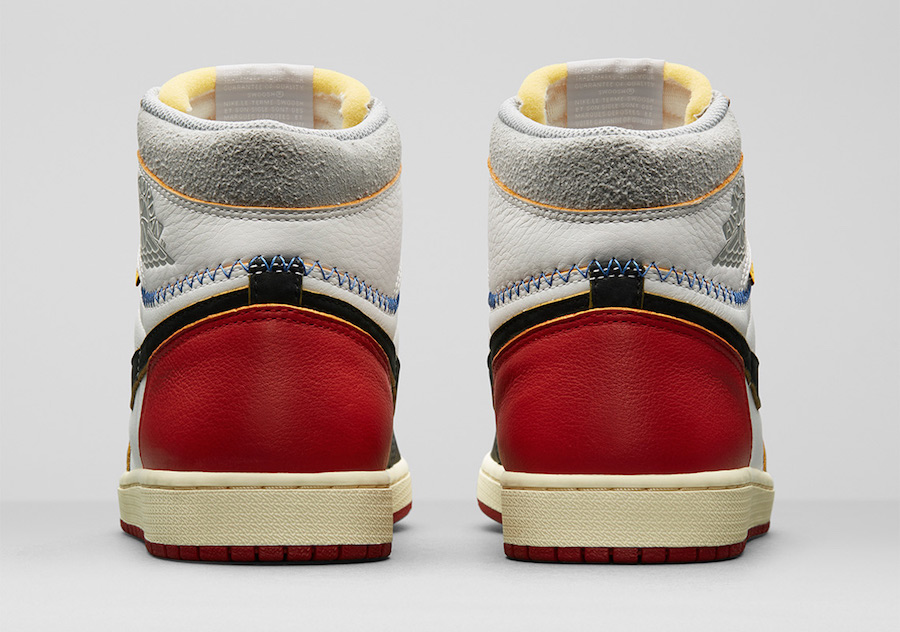 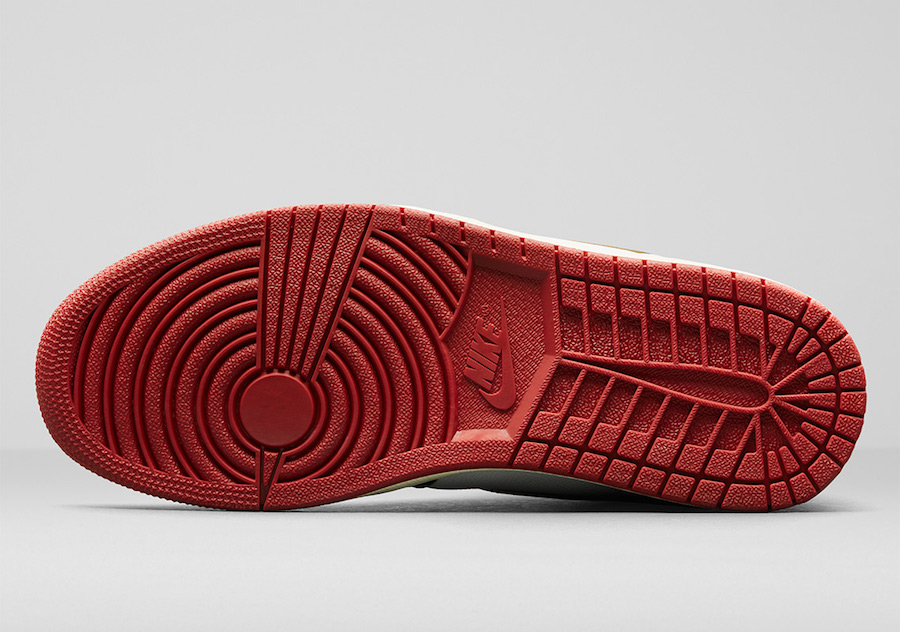 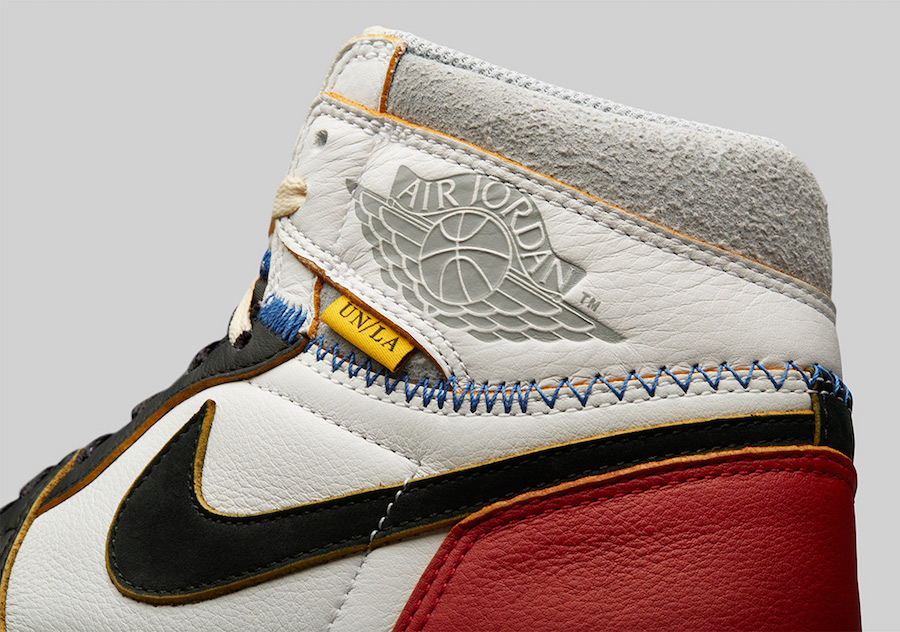 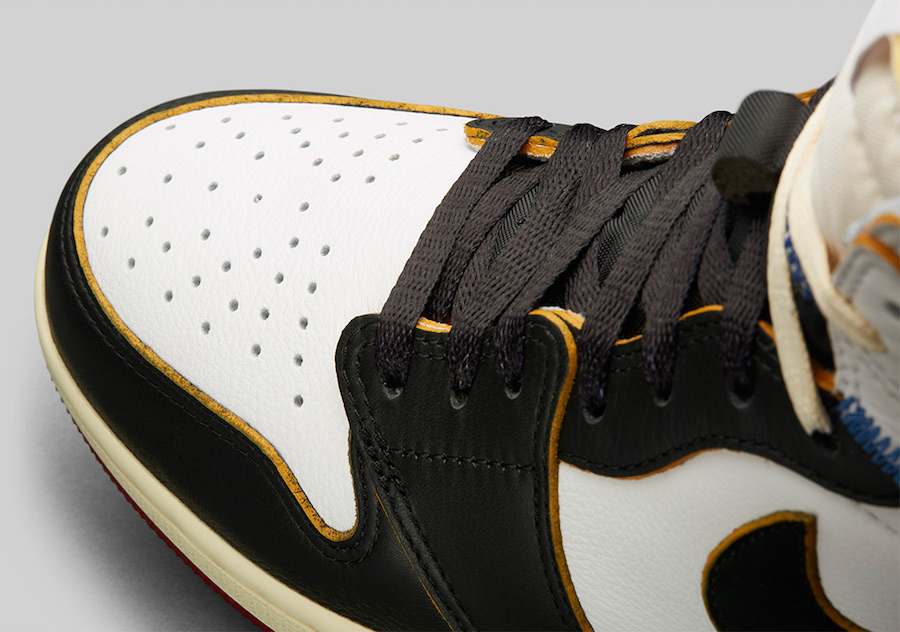 Update: Images of the Union x Air Jordan 1 High NRG collaboration has arrived. You can scoop up a size 8 on eBay. 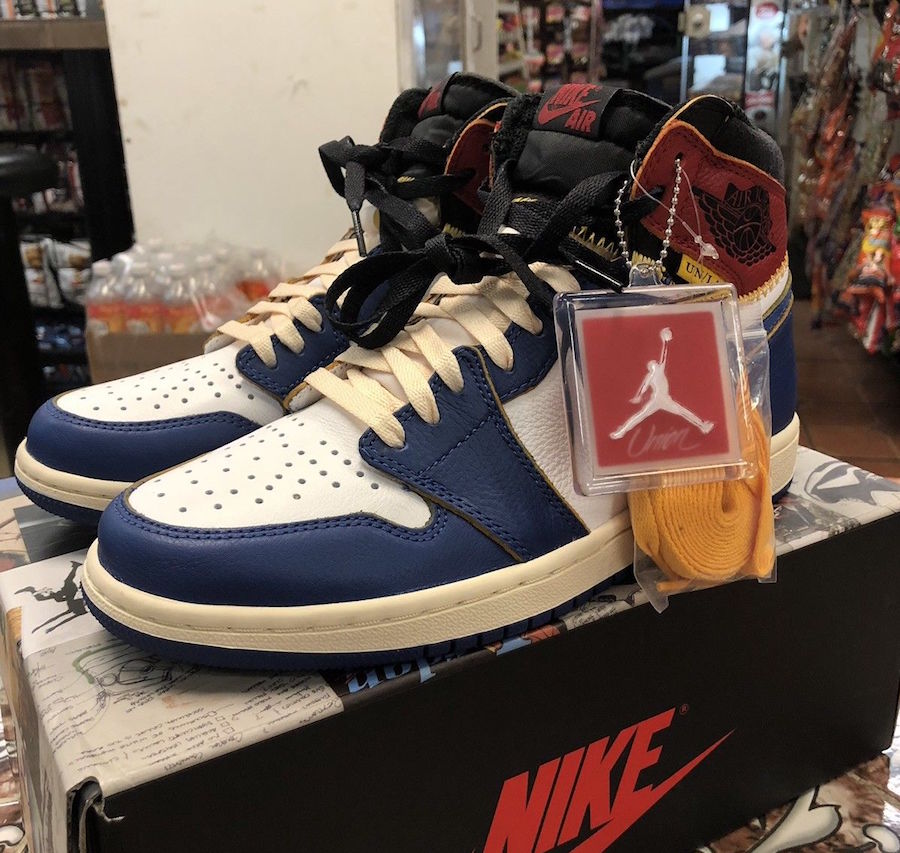 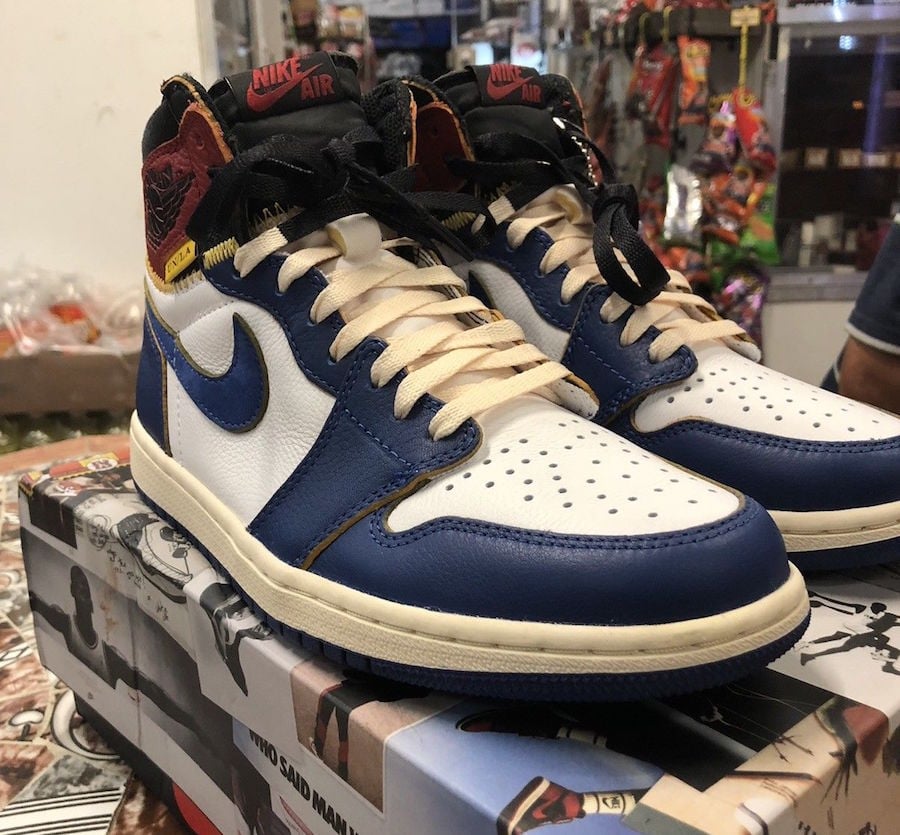 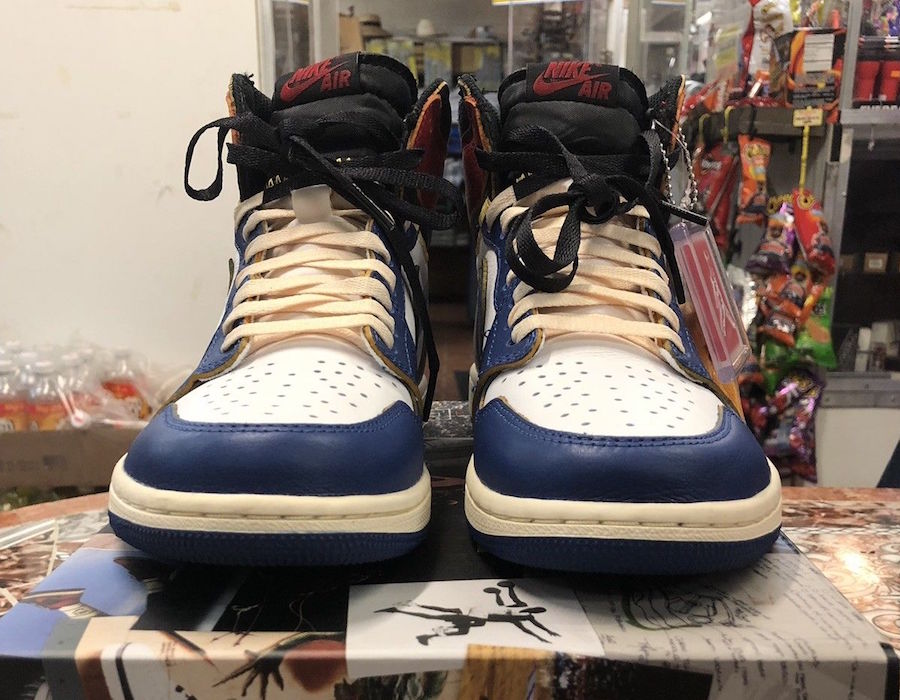 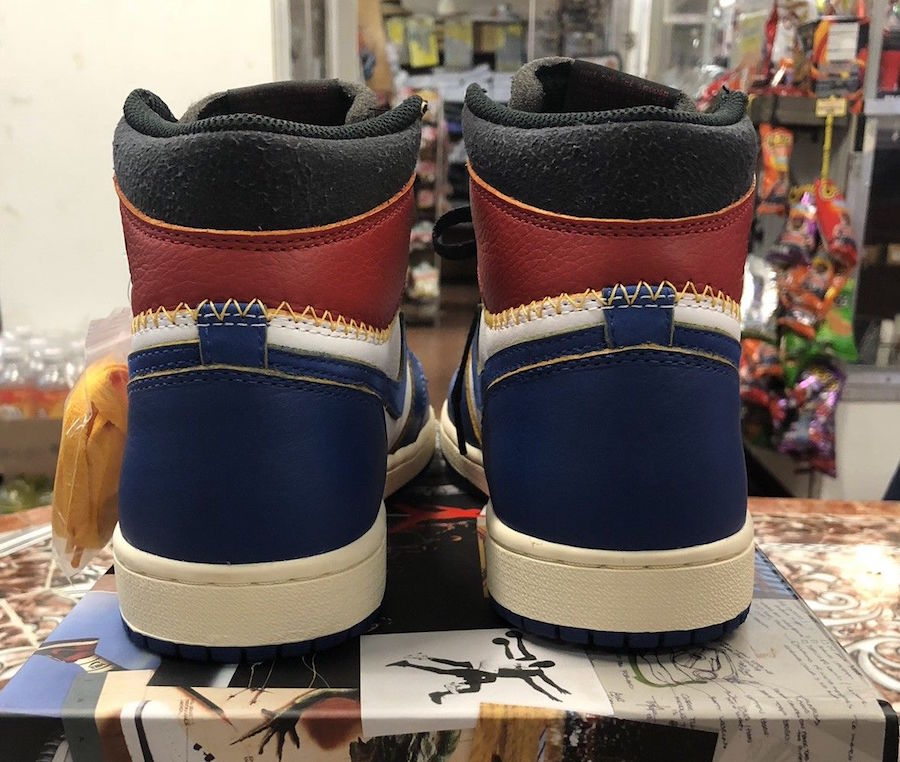 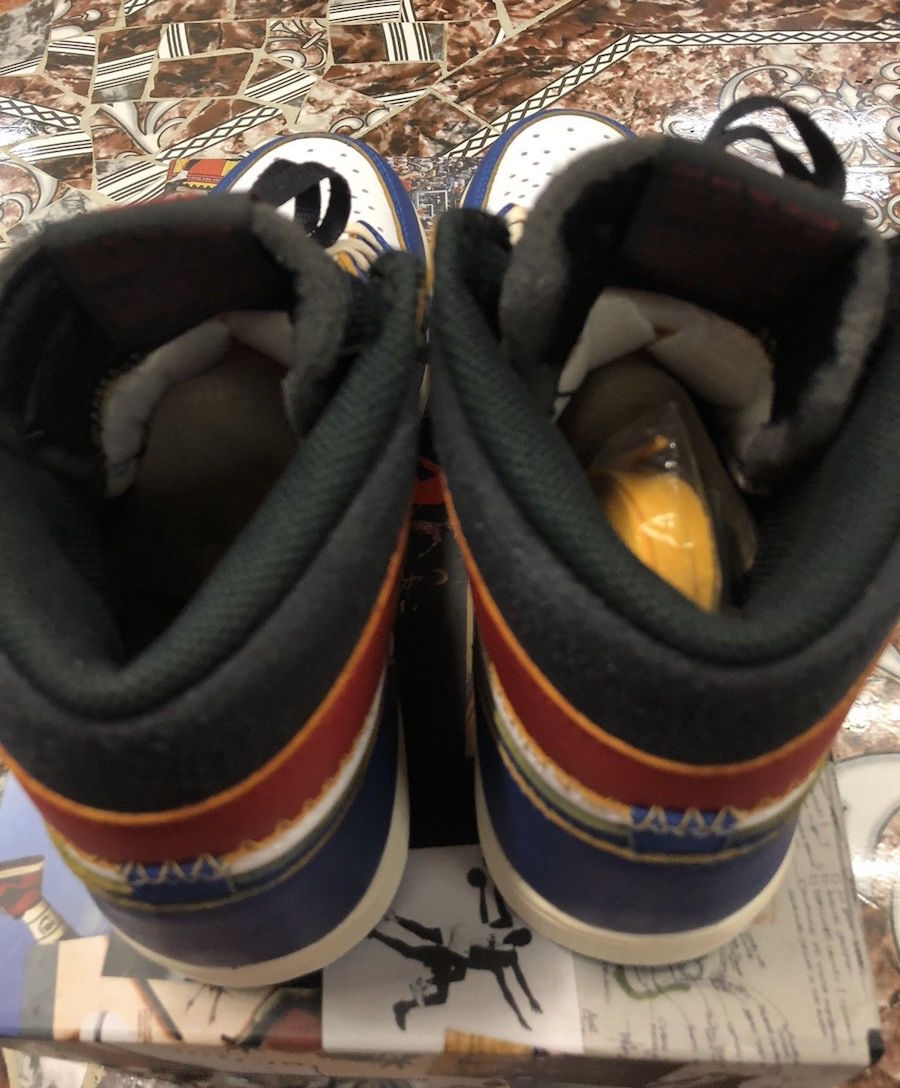 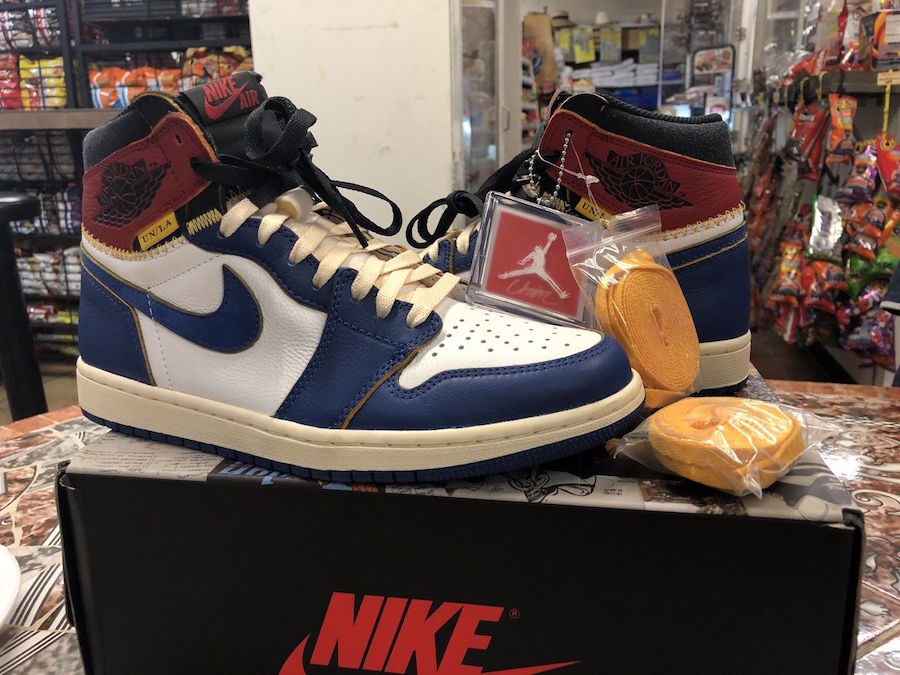 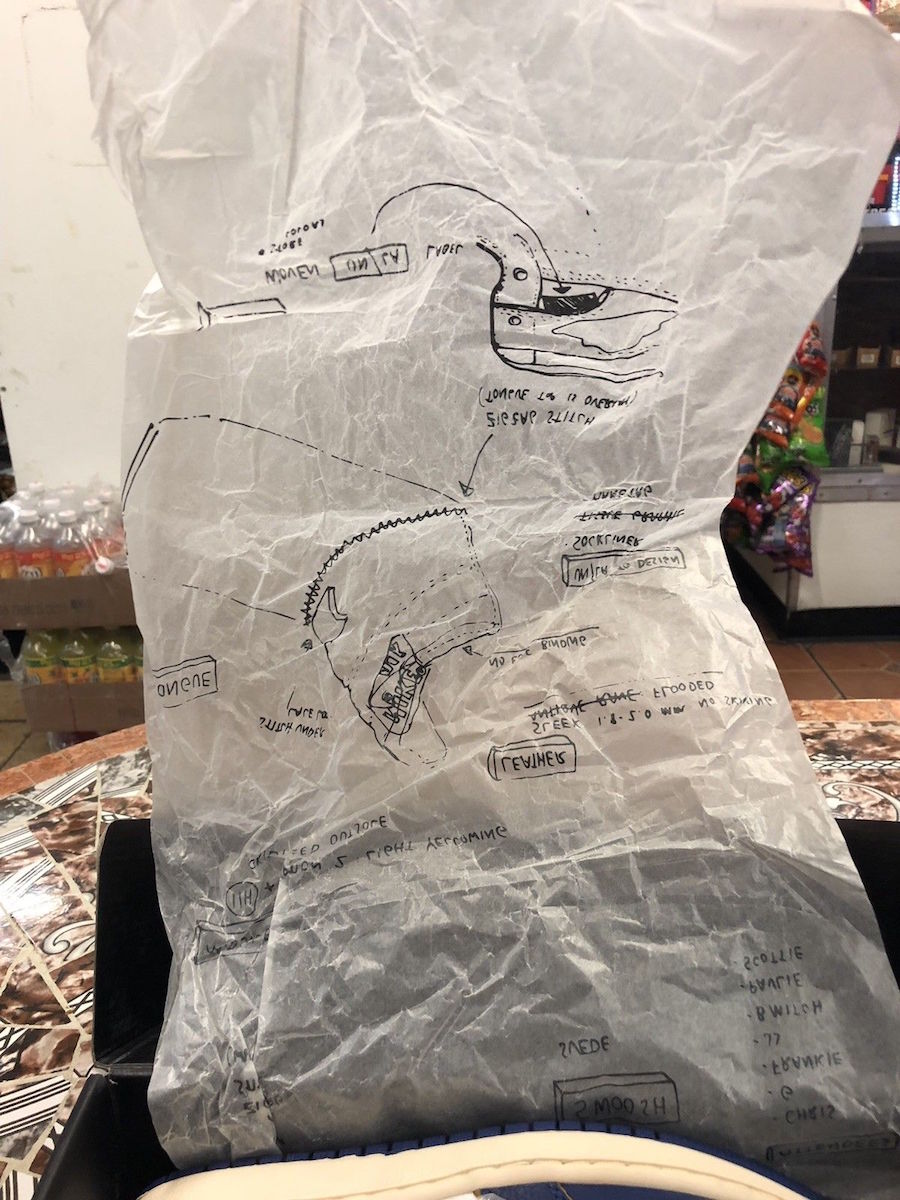 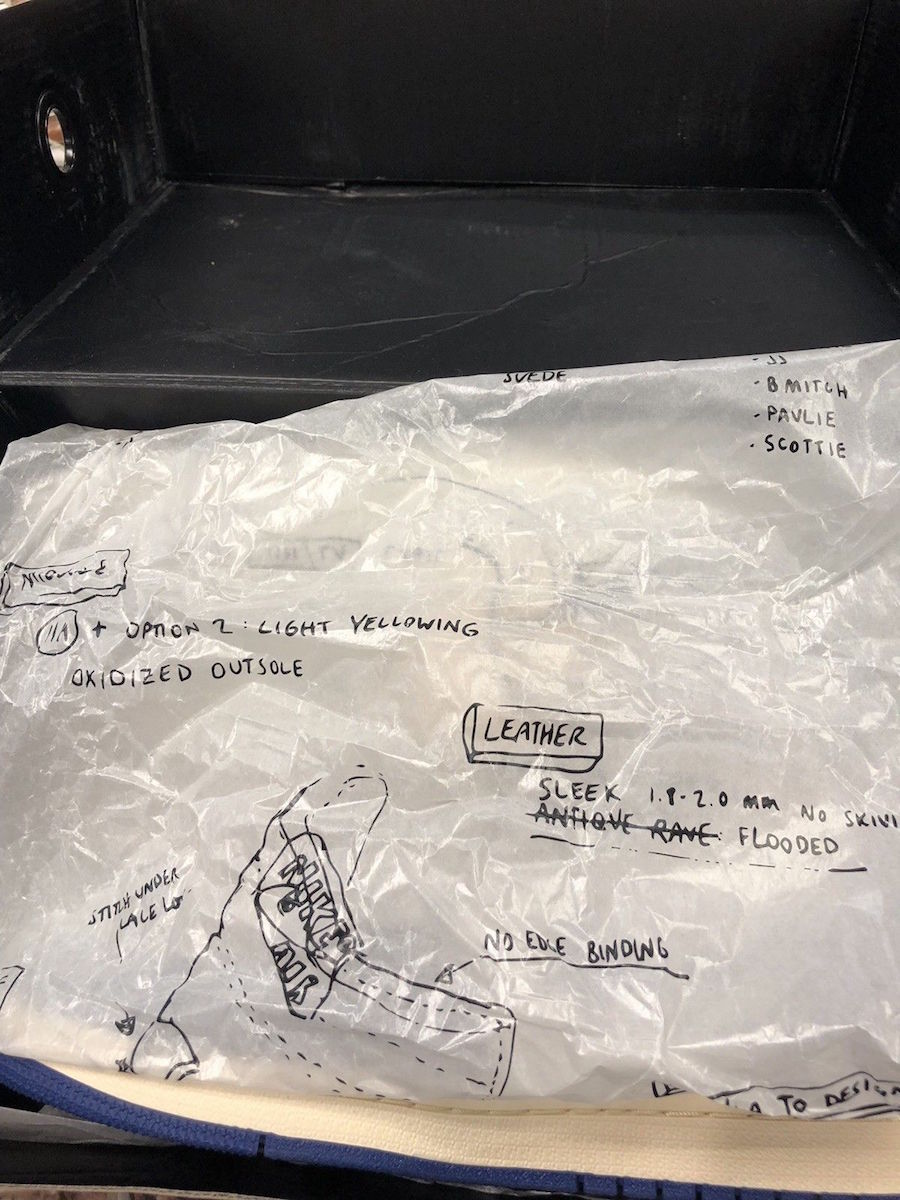 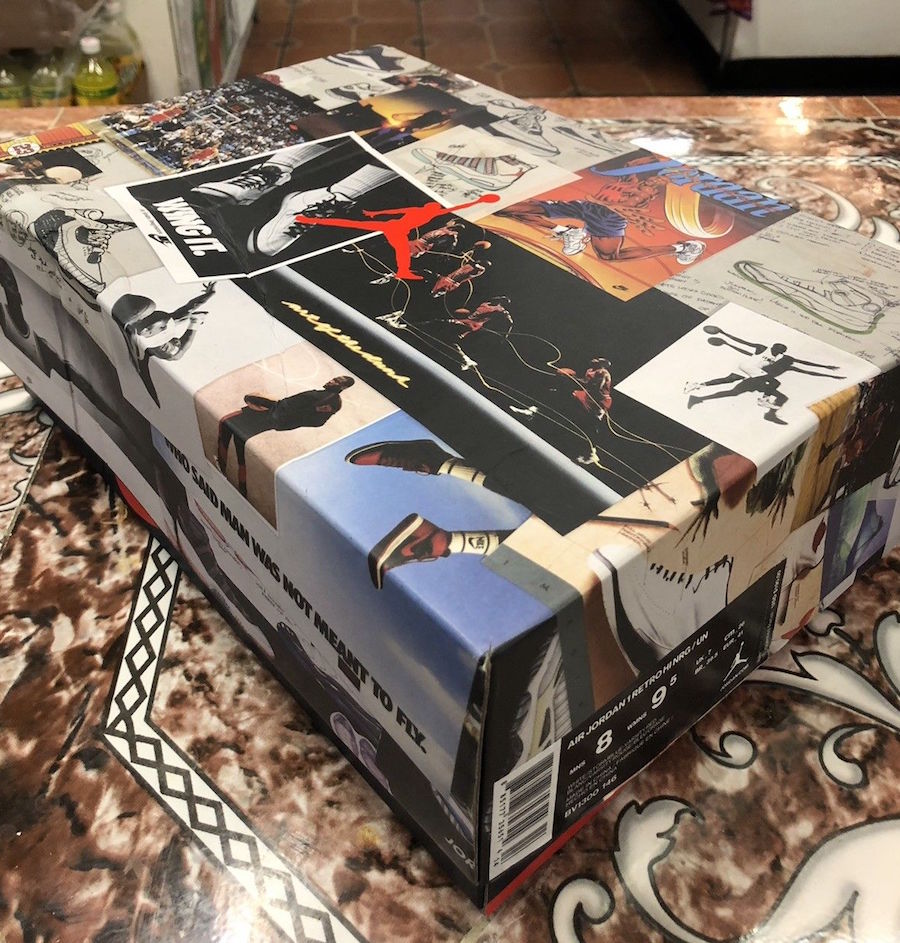 Update: Coming soon is the Union LA x Air Jordan 1. While we wait for release information, Union Los Angeles had a fake booth at the Rose Bowl flea market where they showcased their collaboration. Below you can check out the video where Sean Wotherspoon makes an appearance and calls them out for having fakes. 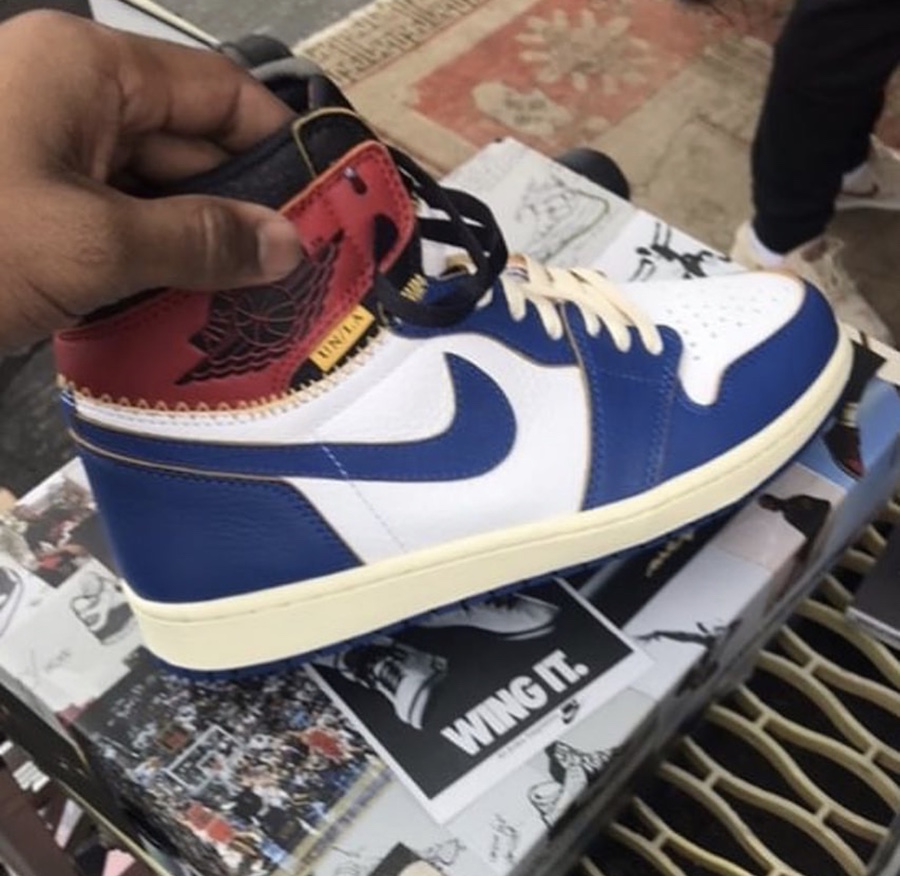 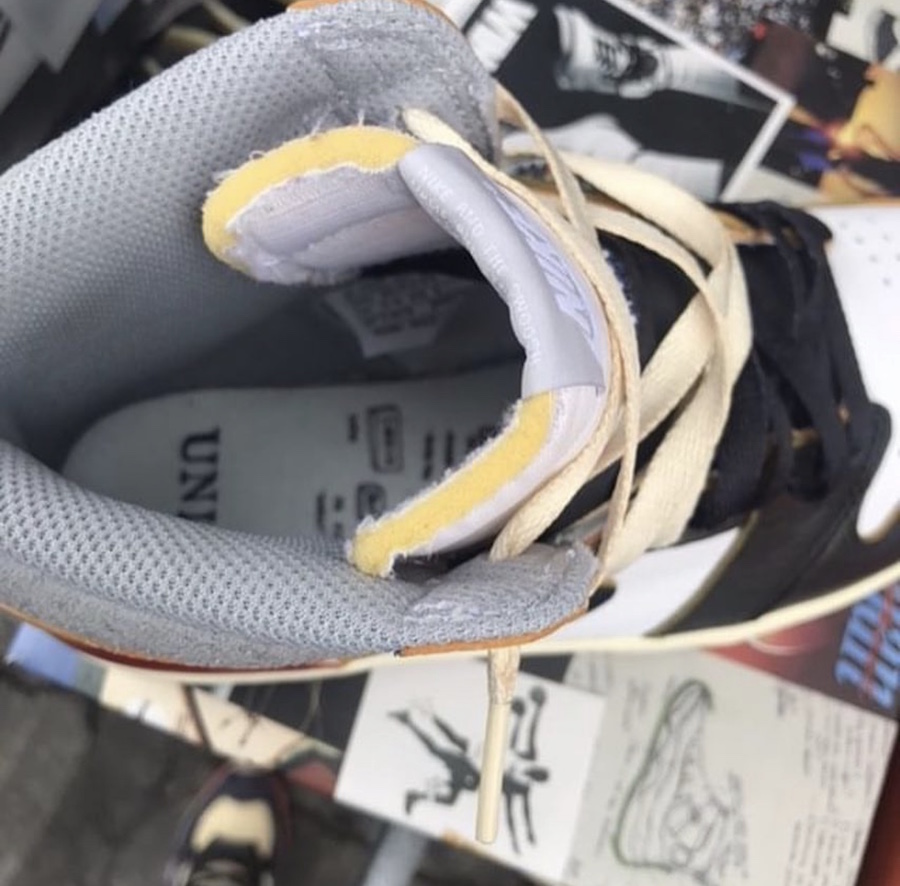 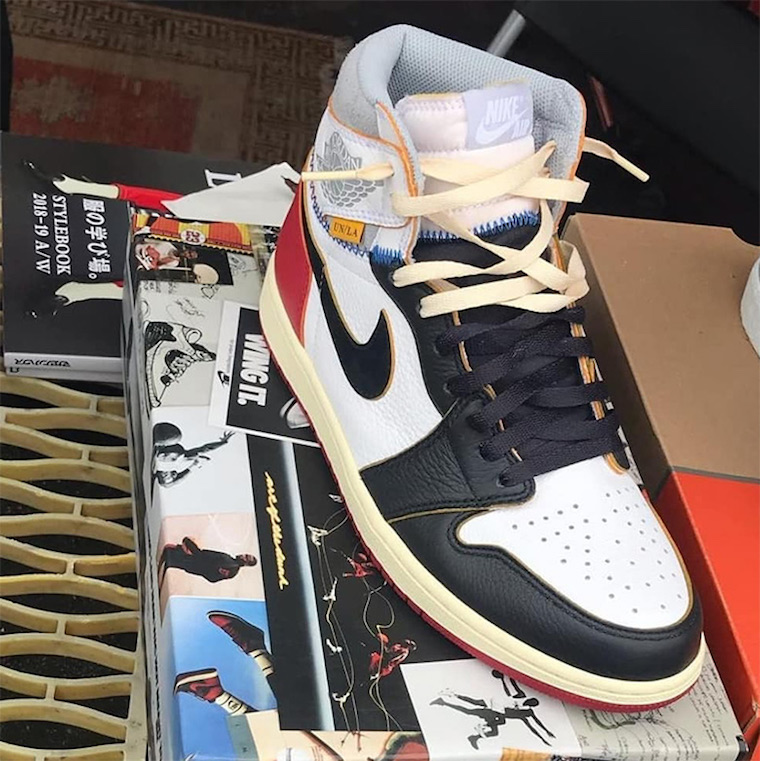