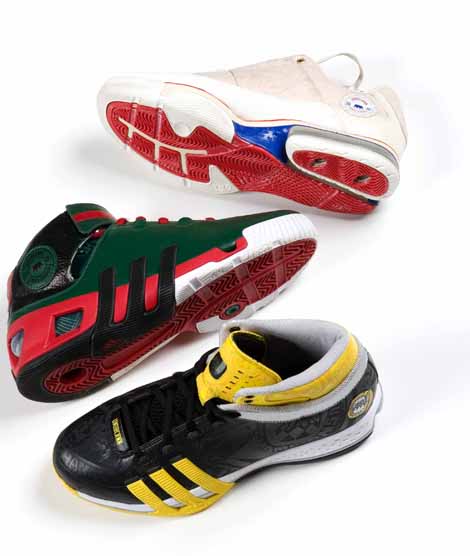 For the third year in a row, Philly-based lifestyle clothing troupe UNDRCRWN linked up with adidas REMIX to creatively reinvigorate the Three Stripes most coveted high-performance hoop product. In past years, the collaboration has yielded a five-shoe African- inspired “It Takes 5ive” campaign and shamelessly bold, iridescent version (Appropriately titled the “Just Ice Lightswitch Low”–Thanks K!) of the TS Lightswitch Low. For 2008-09, the partnership is coupling ‘Crwn’s “Brand for Champions” motif with Adi’s Team Signature Create & Command Series to create three shoes befitting the winners of the world. Specifically, the companies reworked the TS Commander Mid, TS Creator Mid, and TS Creator Low. I recently got the chance to sit down with folks from both camps and receive a behind-the-scenes look at the production and inspiration behind each model. Read on…

Going into the interview, I was interested in learning more about how each shoe was produced. With the atypical materials, concepts and marketing involved, I figured ongoing circumspection was necessary to properly execute such a unique project. Brian from the adidas Portland offices explains, “The original concepts for the shoes start 18 months out.” From there, changes in materials are meted out by the brand’s marketing department and Undrcrwn. UNDRCRWN founder and head designer Dustin Canalin explains, “It’s hard to market sometimes because the shoes are always being changed. But that’s the great thing about our projects with adidas—they keep us involved in every step of the process.”

With a skilled production squad backing the project, the brands centralized their efforts on developing product that was reflective of a “winning” attitude on and off the courts. UNDRCRWN Public Relations Manager Tracy Royal explains via stock e-mail, “UNDRCRWN is the Brand for Champions. When you win and nobody believes you could do it; that is what UNDRCRWN stands for.” Each shoe in the series employs a different approach in evoking a feeling of victory. 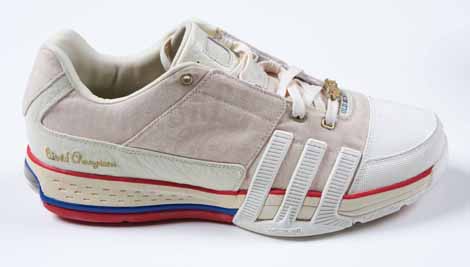 Toned up in a cream/white/red/blue color scheme, the Creator Low hearkens back to the days of set-shots, short shorts, and high socks. (Don’t let the look fool you—these guys and gals could play!) The shoe’s buttery canvas upper and rubber midsole provide an element of practical functionality that makes the shoe my favorite in the pack. And while the shoe looks streamline and simple on a surface level, the “GilIIIZero” proved to be quite burdensome during the manufacturing process. Brian maintains, “This one was hard…Dustin wanted a canvas upper and rubber midsole and outsole…this required lots of redesign because the shoe still has to stand up to the rigors an NBA player would place on it.” Their ongoing diligence will certainly be appreciated by Gilbert Arenas (If he can get healthy, that is!) as he’ll be expected to wear the TS Low was the season moves into the New Year. I have a hunch that he might dig the “World Champions” logo stitched in cursive along the heel panel, too. The application is just too sweet! 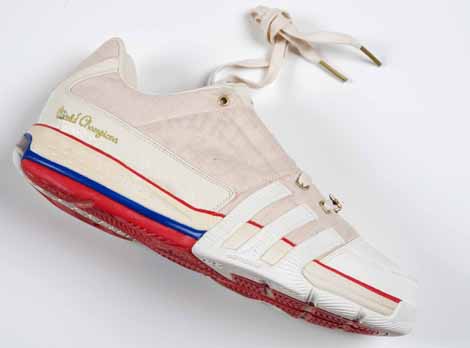 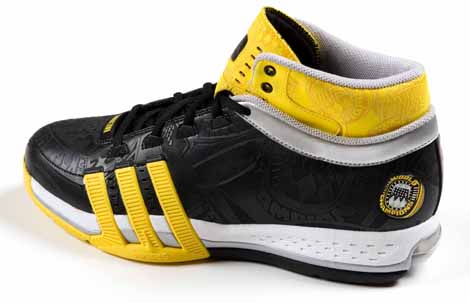 The Creator Mid is distinguished by the mark of champions everywhere—the jewelry. Featuring an all-encompassing embossed ring pattern along the upper and gem logo on the heel panel, the shoe is offered up in a black/yellow/silver colorway and exudes a look that UNDRCRWN’s Canalin maintains is, “Pretty straightforward.” 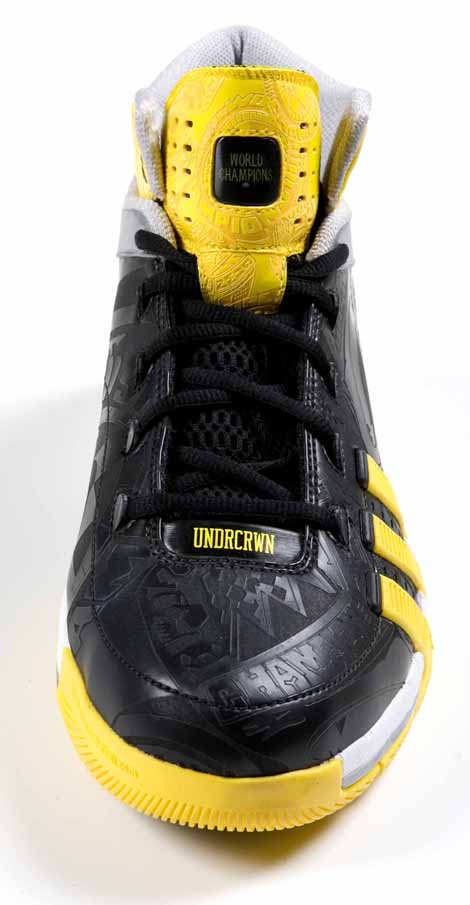 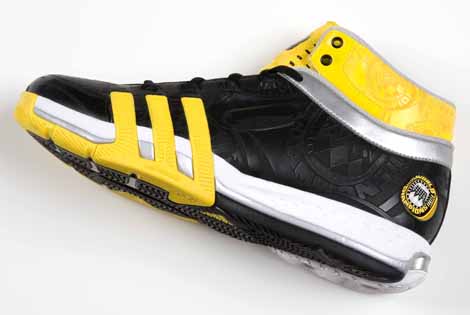 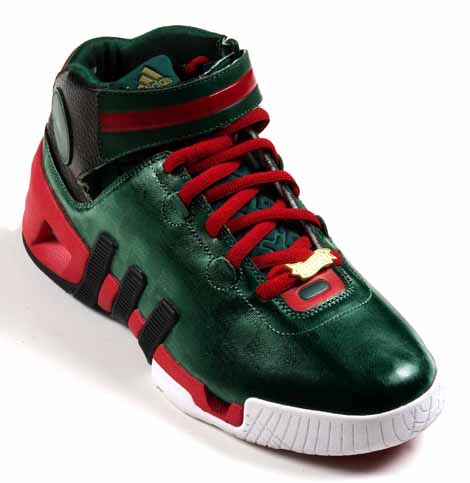 In an attempt to demoralize the The League’s “gangster” roots, NBA Commish David Stern and his nefarious gang of “Sternbots” implemented a suit-first, suit-second, suit-all-day dress code. The collaborative partners decided to have fun with the ordinance, crafting the TS Commander with luxurious ambition in mind. The Commander’s checkered upper, striped ankle strap and green/black/red color scheme and gold lace plate is reminiscent of that ol’ Gucci flavor. Canalin expostulates, “The shoe was an attempt to capture a life of aspiration—the nice car and trophy wife, the championship lifestyle.” 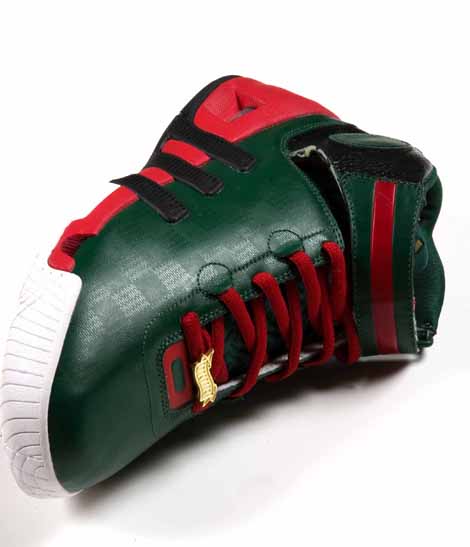 The UNDRCRWN x adidas Command and Create Champions series will all be released today, Monday, December 15, 2008 for $125. The Creator Mid and Commander are limited to 500 pairs worldwide and will be available through UNDRCRWN’s online store and selected urban accounts for. The canvas-oriented Creator Low will be limited to 100 pairs and will be available only at UNDRCRWN’s website.