We just showed you guys some images that Brandon Jennings tweeted on Twitter during his appearance at the launch event at Footlocker at Fox Hills Mall for his signature sneaker, the Under Armour Micro G Bloodline. He also has recently tweeted some images of exclusive PE colorways for himself only. One that already has an official name, “Roscoe Dash”, is a tribute to Jennings’ favorite restaurant. Another unnamed PE is draped in Blue with Neon Green accents. The “Hunter” has not been confirmed to release a general release. 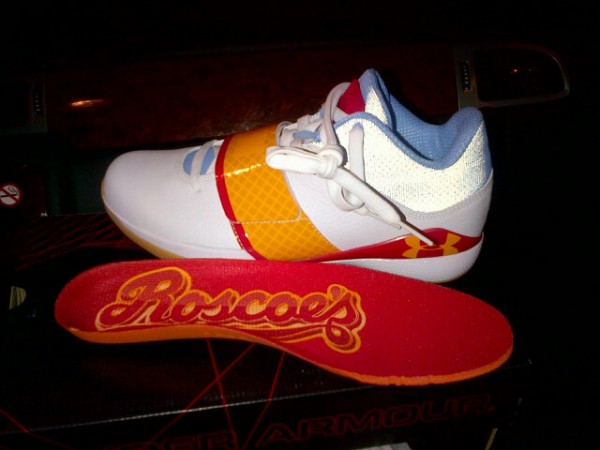 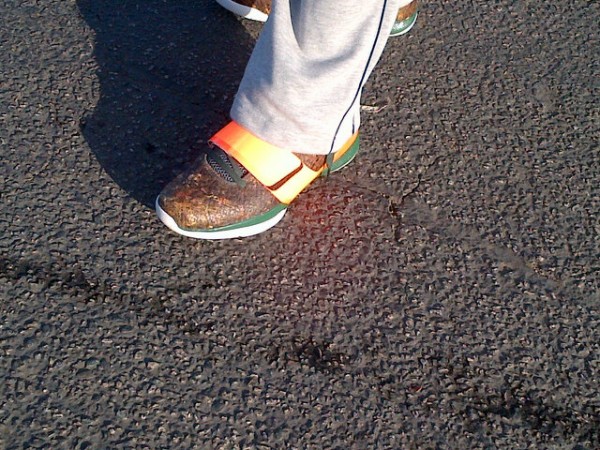 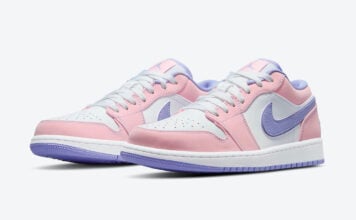