Back in November, 9 year-old girl Riley Morrison wrote Stephen a letter asking why Curry signature footwear wasn’t offered in the girls’ section of UA.com.  Stephen wrote her back, called on Under Armour himself to address the inequality and pledged to do something big on International Women’s Day.

“I was immediately impressed when I saw Riley’s letter; that a nine year old girl had the courage to use her voice to call attention to an issue and keep us accountable. She was focused on the opportunity for ALL girls, not just herself. She’s been an amazing catalyst for change – not only with my product but also with the entire Under Armour brand. She is inspiring, and wise beyond her years.”

To honor the actions of a young girl who inspired a global NBA superstar, Under Armour and Stephen asked Riley to add her personal design touch to the ‘United We Win’ Curry 6 colorway – a blend of Purple and Deep Orchid with White.

In addition to a “United We Win” sockliner, Riley designed a sockliner that features two girls playing basketball, surrounded by the words that inspired Riley to play the role of a Uniter, such as “Be Fearless,” “Girl Power,” “Be the Change,” Girls Hoop Too,” and “Rock the Currys.”

Celebrating International Women’s Day, the Under Armour ICON Curry 6 ‘United We Win’ will release at UA.com on March 8th and the SC30 x Oakland pop-up. Retail price is set at $130. Process will go towards a scholarship created by Stephen and Ayesha Curry Family Foundation and Under Armour. 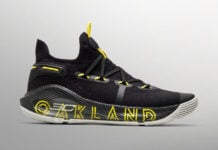 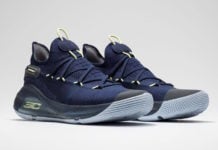 Under Armour Curry 6 Inspired by Street Art on International Boulevard 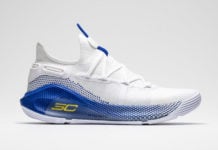 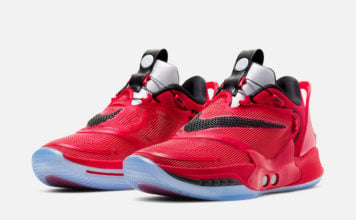