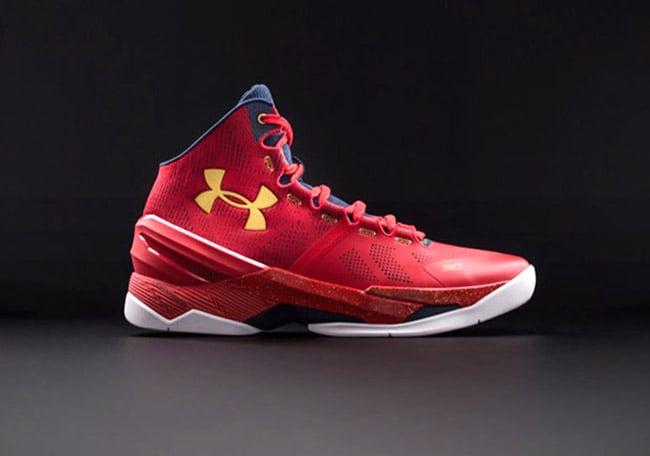 Somewhat like the USA pair worn by Curry during Team USA’s Minicamp in Las Vegas, this time around the Floor General uses a red upper. Accenting the shoes is metallic gold which hits the eyelets. Navy blue is placed on the liner and insole while white is hinted on the outsole and branding. Receiving it’s nickname, on the inside of the tongue UA has five stars along with Floor General written just below.

The ‘Floor General’ Under Armour Curry Two is scheduled to release on November 6th, 2015 for $130. Once more images and information becomes available we will let you know. You can see a couple more images of the Curry Two Floor General below. Drop a comment and let us know what you think.

Update: New image has leaked for the Curry Two ‘Floor General’ which will debut on November 6th, 2015.

Update: The ‘Floor General’ Under Armour Curry Two will release on November 6th, 2015 for $130. How does this pair shape up against the others? 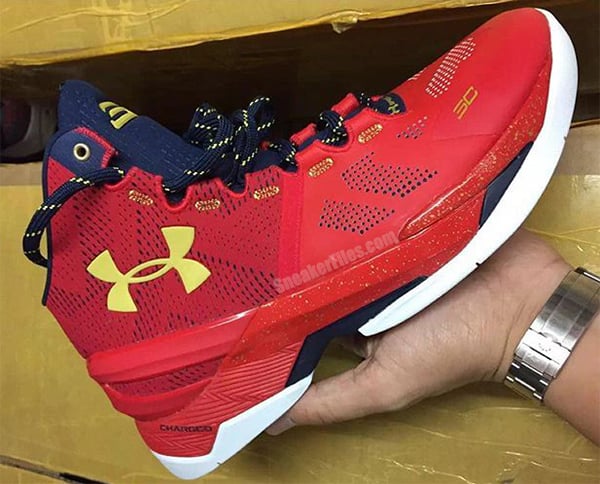 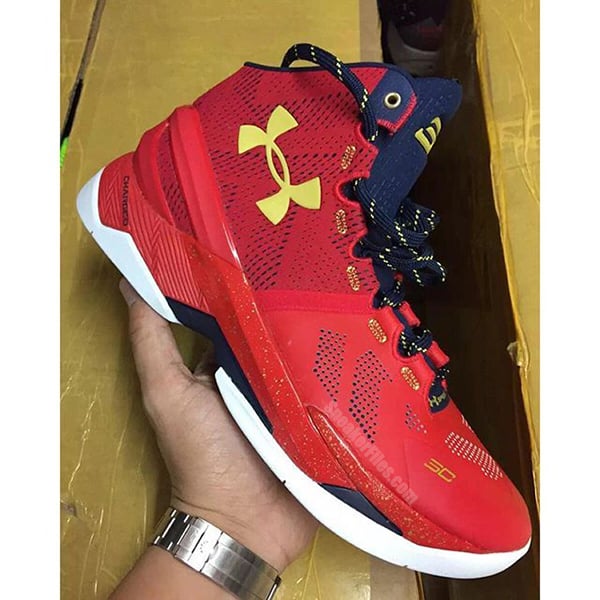 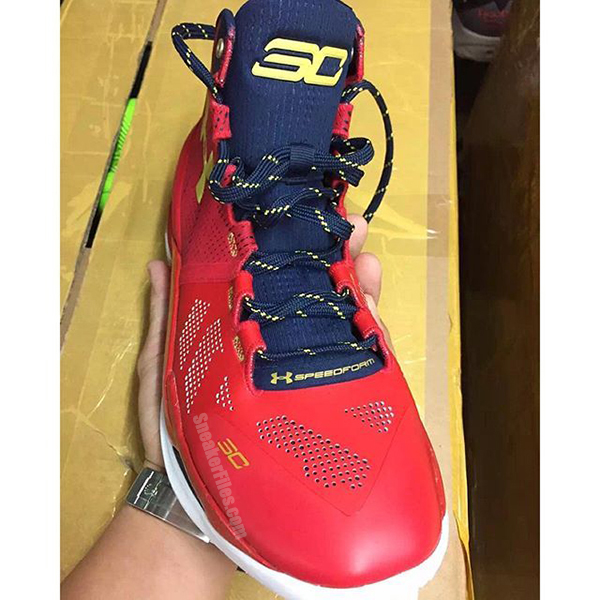 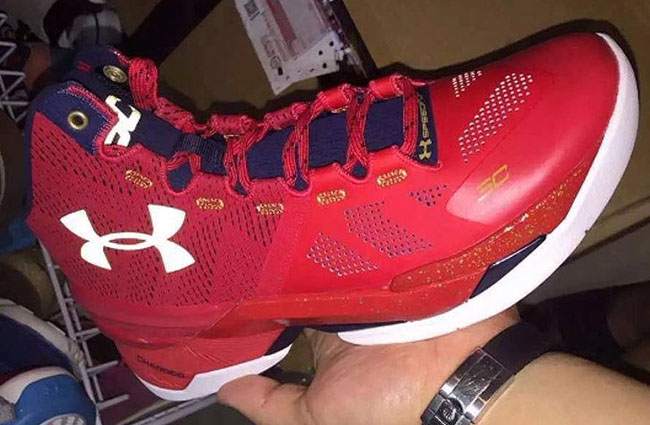 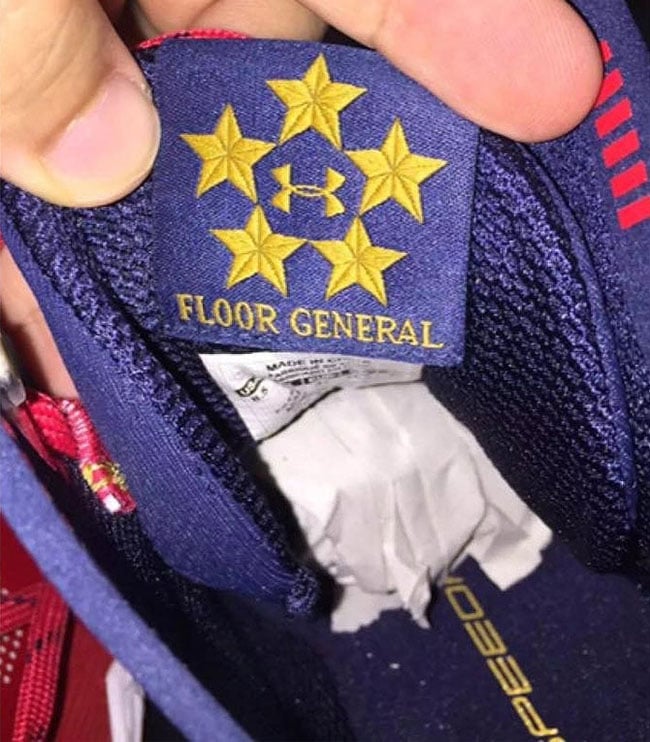 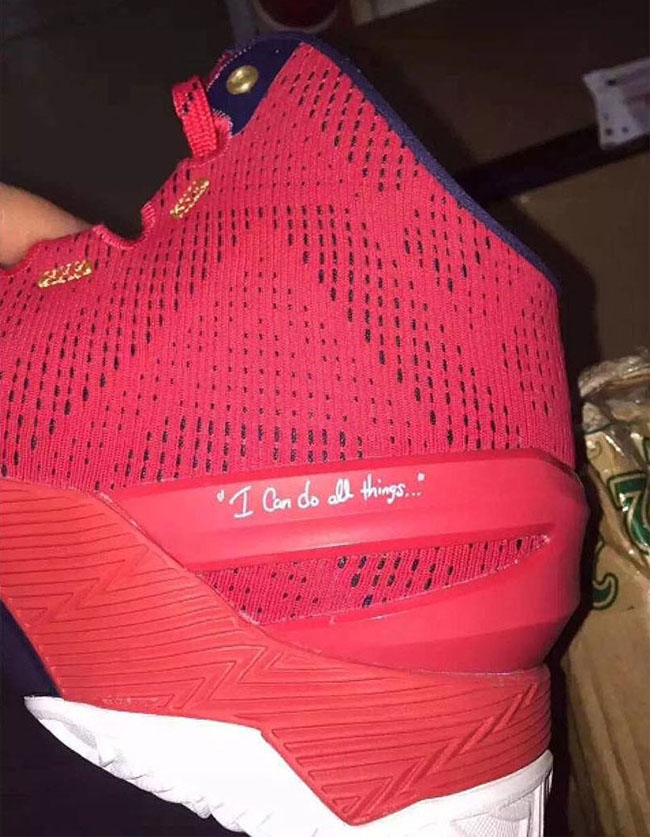