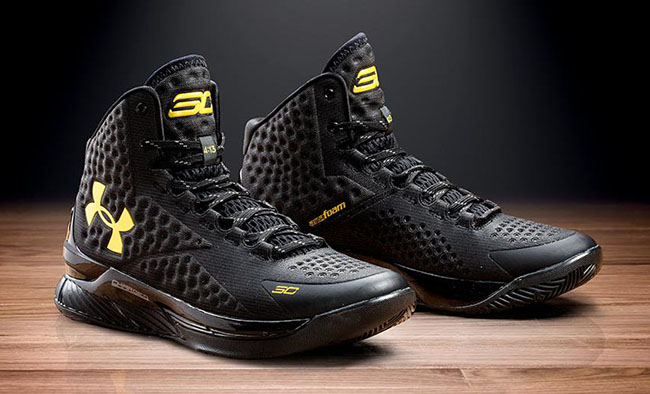 Similar to the pair Stephen Curry wore during the Finals, the difference here is the bottoms which was yellow in the finals and here you can see they are blacked out. Using black pretty much everywhere except for metallic gold which fills in the branding.

Under Armour retailers will launch the ‘Blackout’ Under Armour Curry 1 on August 12th, 2015. A retail price was not stated at the time but make sure to check back with us for more images and information. What are your thoughts of the Curry 1 taking on the blackout theme? Leave a comment below and let us know how you feel.

Update: Under Armour has provided official images of the Under Armour Curry One ‘Black Gold Banner’. Check out a few more shots below. 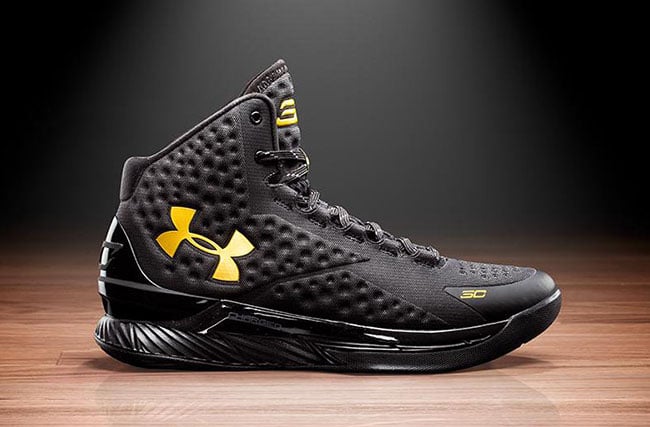 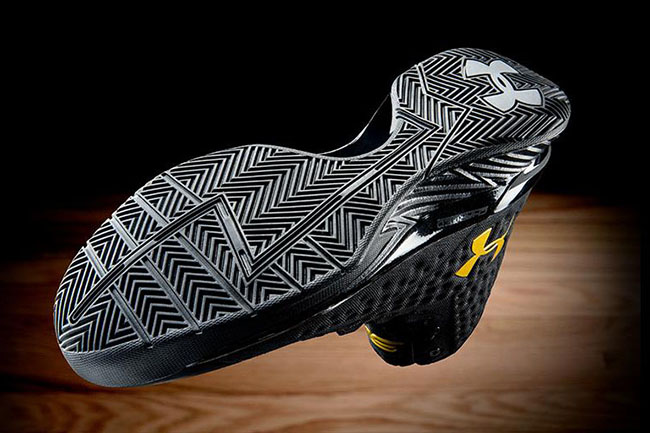 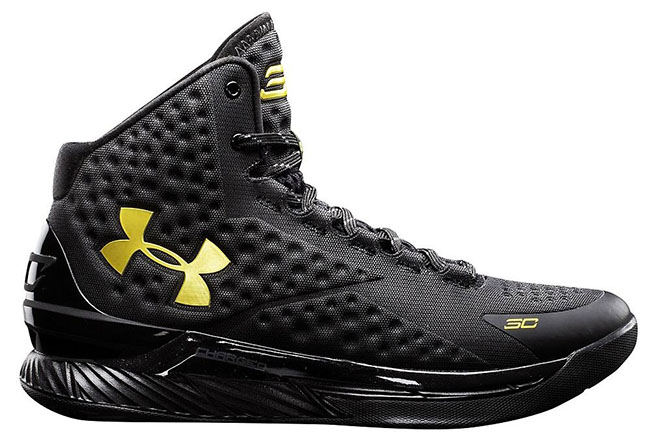 Update: We had a release date scheduled for August 7th, 2015 but it seems that Under Armour has pushed the date back for the Curry One Black Gold. The new launch day is August 12th, 2015. 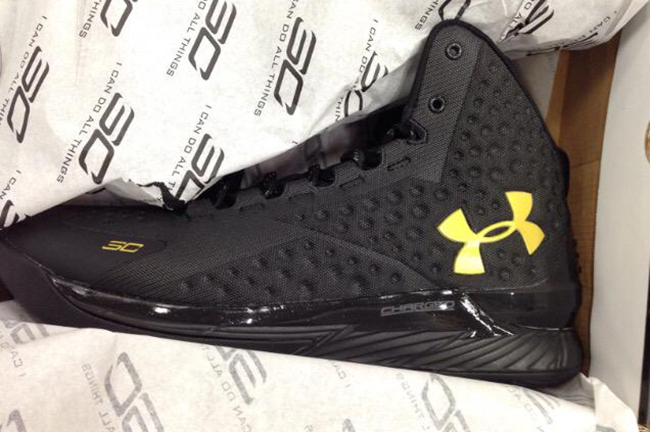