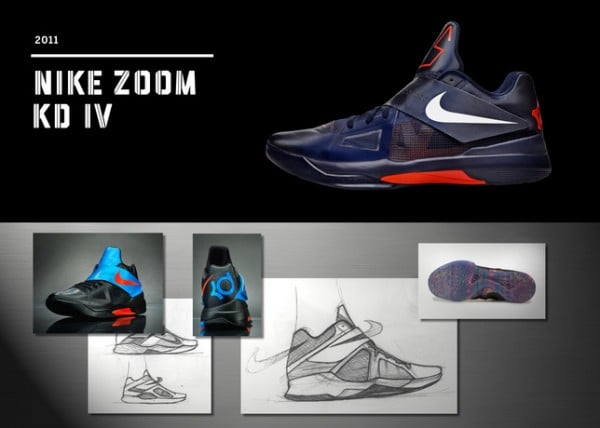 This installment of Nike Basketball’s “Twenty Designs That Changed The Game” series takes a look back at the Nike Zoom KD IV, worn by Kevin Durant throughout the 2012 NBA season.

“It’s about simply communicating the features of the shoe — everything has a purpose.”- Leo Chang

The signature shoe needs to reflect the athlete’s personality as well as his or her needs. Kevin Durant’s KD line has to encapsulate his remarkable versatility as well as his humble nature — confident without cockiness — resulting in designs made for all-around play and a complete range of motion. The Nike Zoom KD IV’s lead designer Leo Chang has worked with Durant since the start and sums up this shoe as “A shoe that’s stripped down to his essence — nothing more, nothing less.”

Nike is keeping pace with Kevin’s career with an evolving range of shoes that cater to him as he becomes increasingly more powerful and adds new skills to his arsenal. The Nike Zoom KD IV coincided with Durant’s new achievements and MVP status. Kevin’s main needs are simple, though. In an exchange with Leo, Durant exclaimed, “I want it light and I want it tight to my foot. That’s the key thing. Light and tight!”

As part of a silhouette that’s lower than before to give Kevin some extra freedom, versatile lockdown is embodied in the Nike Zoom KD IV’s key feature, the Adaptive Fit strap. Despite Durant’s request to go strap-free for this shoe, one glimpse at Leo’s design elicited a positive response. Functionally, the Adaptive Fit strap conforms to the arch, an area where KD has asked for added support because his arch is flatter.

There’s personal stories told in the Nike Zoom KD IV too. The detailing commemorates Kevin’s relationship with his family, his first coach, Big Chucky, D.C. and his home city, Seat Pleasant, Md. The Nike Zoom KD IV is a shoe that matches the identity of its namesake — perhaps it’s slightly unassuming, but it has earned the right to be mentioned along the game’s greats. 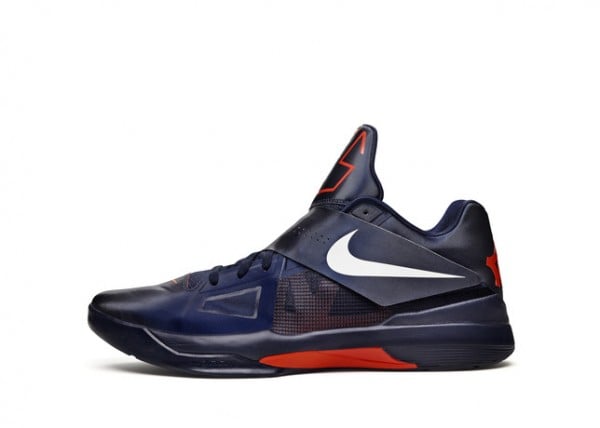 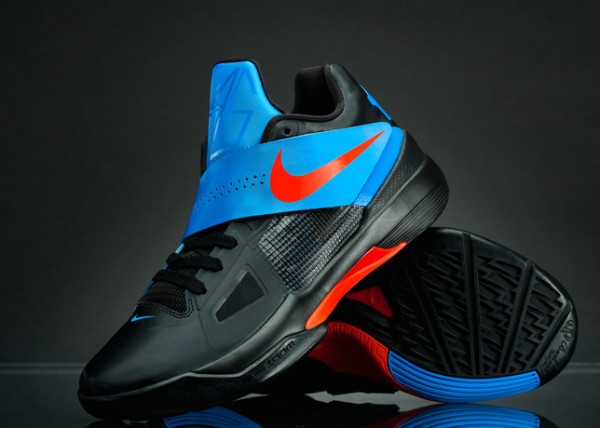 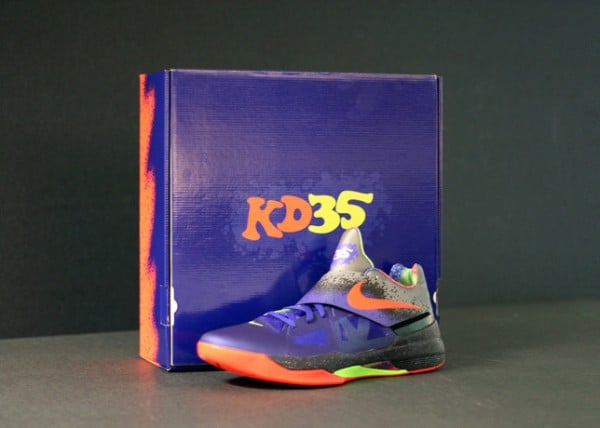 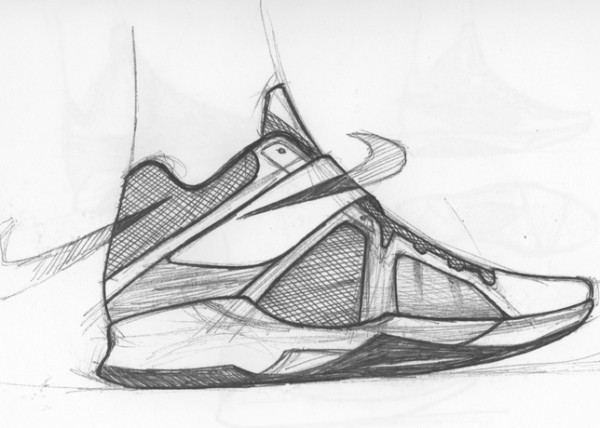