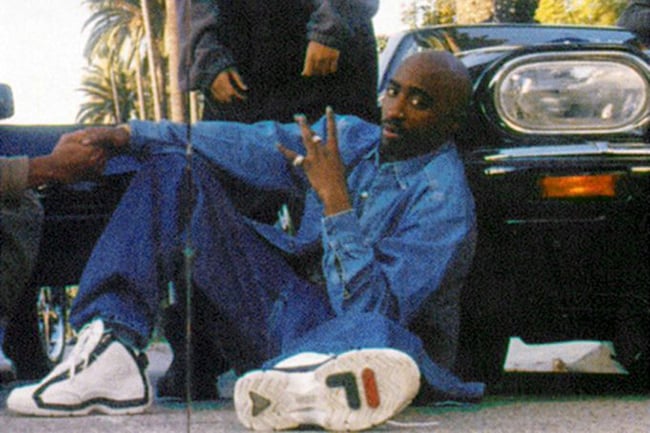 During the 90s, up and coming star Grant Hill who was signed to Fila and had his own signature shoe. Around the same time, music was transitioning and one of the legendary rappers, Tupac released his first double-disc album, ‘All Eyez on Me’ which went certified diamond.

If you had purchased the album, you would have seen 2Pac wearing the Fila Grant Hill 2, now known as the Fila 96. He paired the sneakers with a full denim outfit while throwing up the West Side, a time when East and West Coast beef was at it’s height.

While most probably just thought that 2Pac bought the shoes, that isn’t the case. In an interview with MLive, Grant Hill had said that he gave his signature shoes to 2Pac to wear.

“NOW, WITH TUPAC WE ACTUALLY HAD A MUTUAL FRIEND AND WHEN HE GOT OUT, JUST SENDING LOVE, I SENT SOME (SHOES) NOT EVEN SURE IF IT WOULD HAPPEN. THEN WHEN HE HAD THEM ON IN HIS ALBUM COVER, I THOUGHT THAT WAS COOL. IT WAS JUST A GOOD TIME.”

Continue to scroll below to check out a few more photos of 2Pack wearing the Fila 96 on the ‘All Eyez on Me’ booklet. Let us know your thoughts in the comments below. 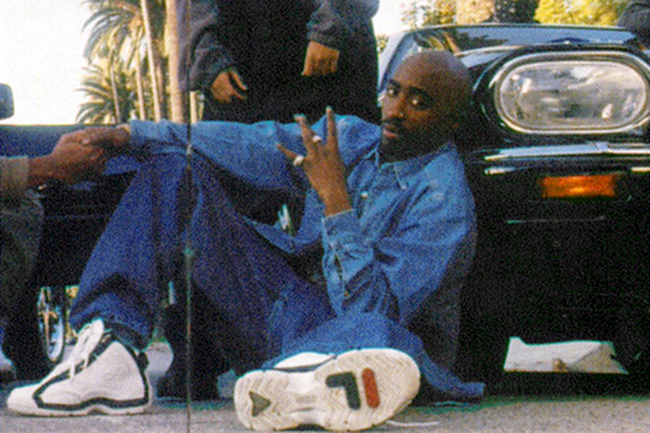 Fila 96 ‘All Eyez On Me’ Inspired by Tupac