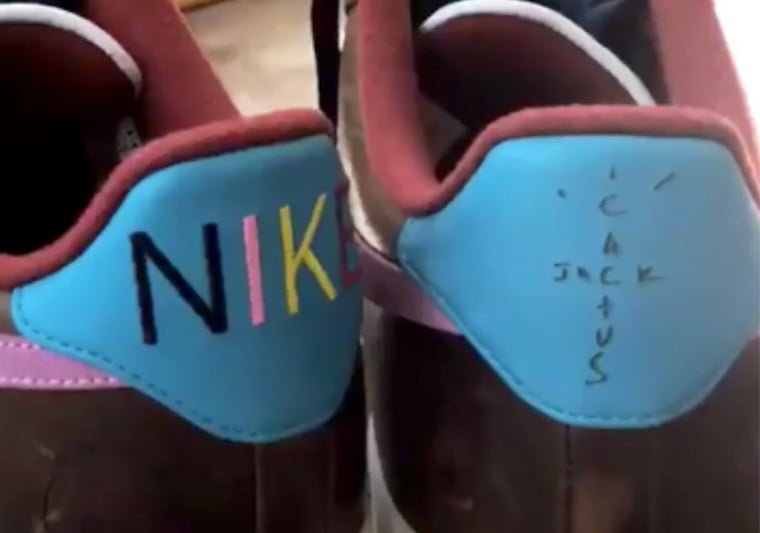 Travis Scott recently released his own Nike Air Force 1 which released last week. Now we have a preview of another unreleased Air Force 1.

Looking closer this Nike Air Force 1 Low features Brown leather and suede across the upper while a Yellow ‘X’ stitching lands on the seams and Pink Nike Swoosh logos. Following we have Red on the liner, Baby Blue on the heel tab while Multicolor Nike branding and Cactus Jack logo is used which completes the look.

Currently release information for this Travis Scott x Nike Air Force 1 Cactus Jack has yet to be announced. However its possible that these could be a one-of-one Bespoke by Travis Scott. Once more information is available we will make sure to update you. Below you can check out a video for a better look.