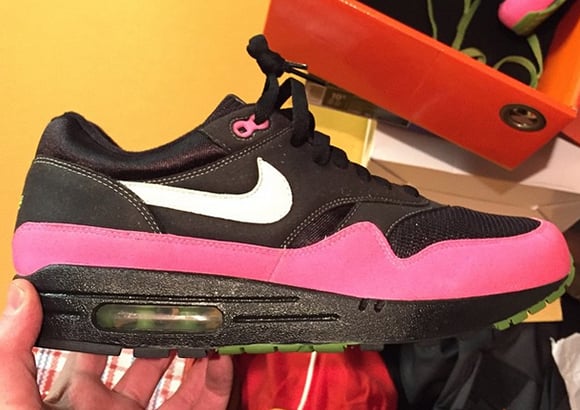 10 years ago Tinker Hatfield took a trip to London and while he was there he received a Nike Air Max 1 iD. We aren’t sure if this was a gift for him or he designed them himself. Either way, a decade later they have leaked.

The color choice is a bit interesting on the Air Max 1 iD. As you can see, black covers the uppers but around the mudguard and eyelets is the use of pink, which due to the dark uppers really allows them to pop. Going down to the sole, you can see a bit of green exposed. Again we aren’t sure if this was random color choices are an actual theme.

It’s pretty cool to see something be dug from the vault, especially since Air Max Day is so close. 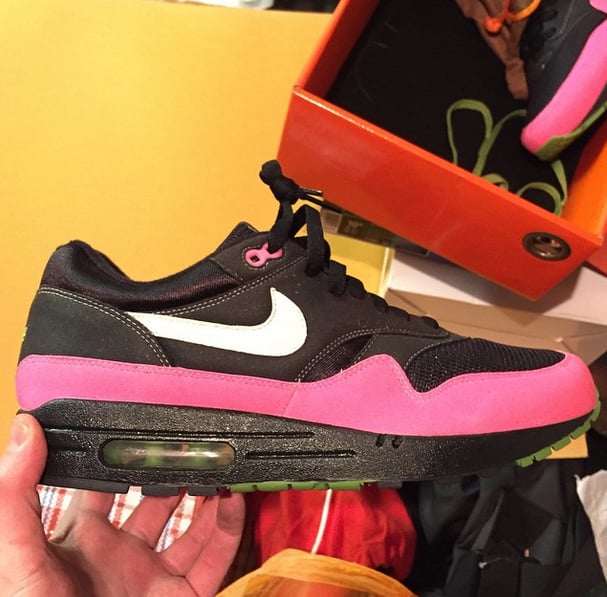