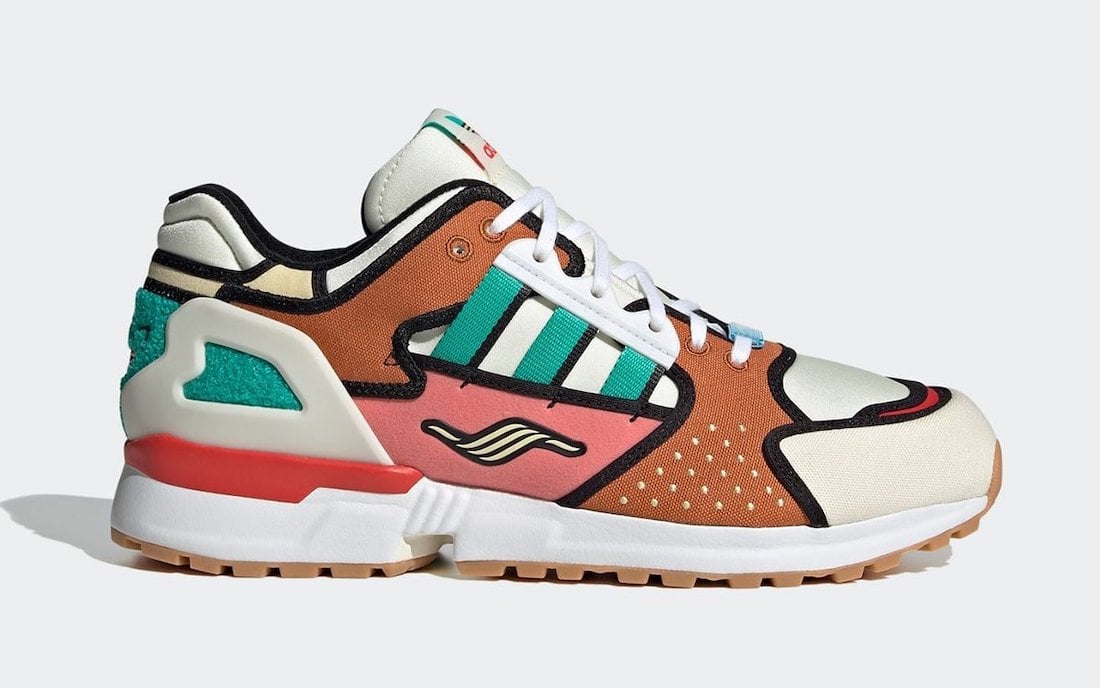 adidas Originals will connect with The Simpsons to release the ZX 10000 inspired by the Krusty Burger and part of their A-ZX series. Furthermore, the pair represents the letter K.

This adidas ZX 10000 features shades that represent the Krusty Burger restaurant. First, we have Brown for the sesame buns, while Cream and Pink hues nod to Krusty the Clown’s face paint. The Red on the toe represents Krusty’s nose, while Green adorns the Three Stripes branding, and chenille appears on the heel for his curly hair. Finally, we have the adidas Trefoil logo that is formed to resemble Krusty’s face.

You can expect The Simpsons x adidas ZX 10000 ‘Krusty Burger’ to release at select retailers and adidas.com during Spring 2021. As soon as we have more information, we will make sure to update you. 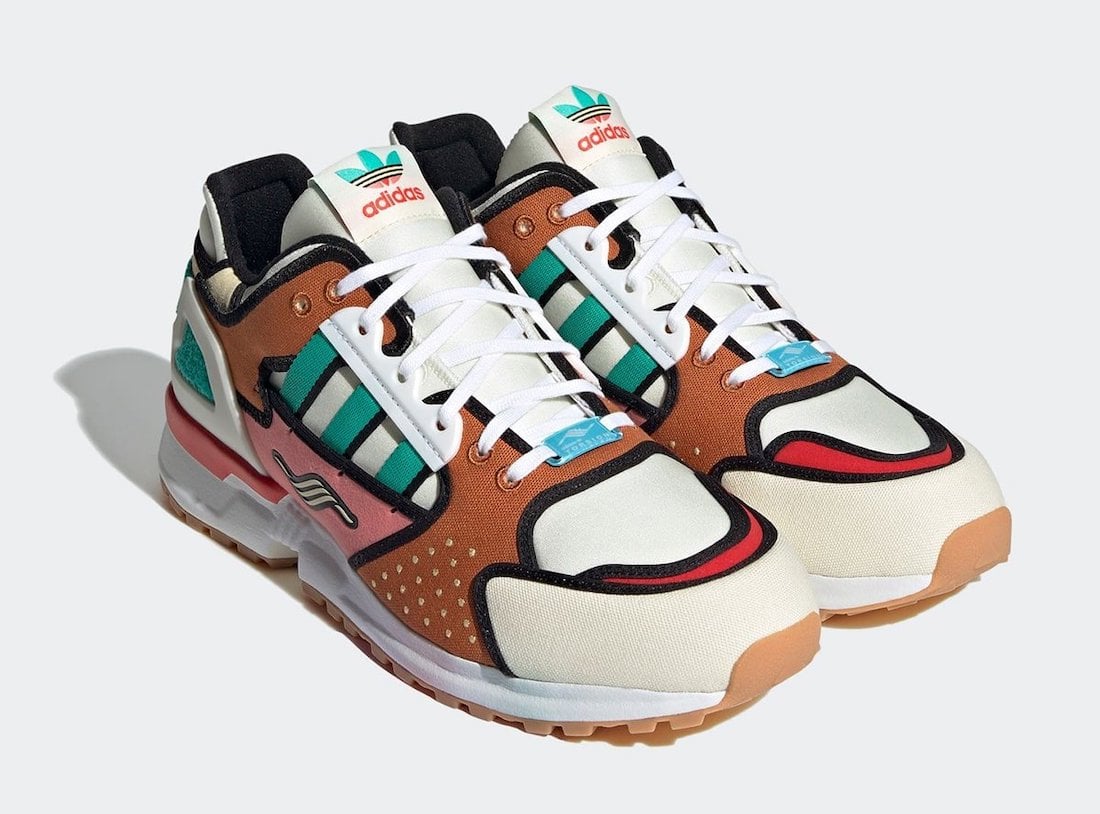 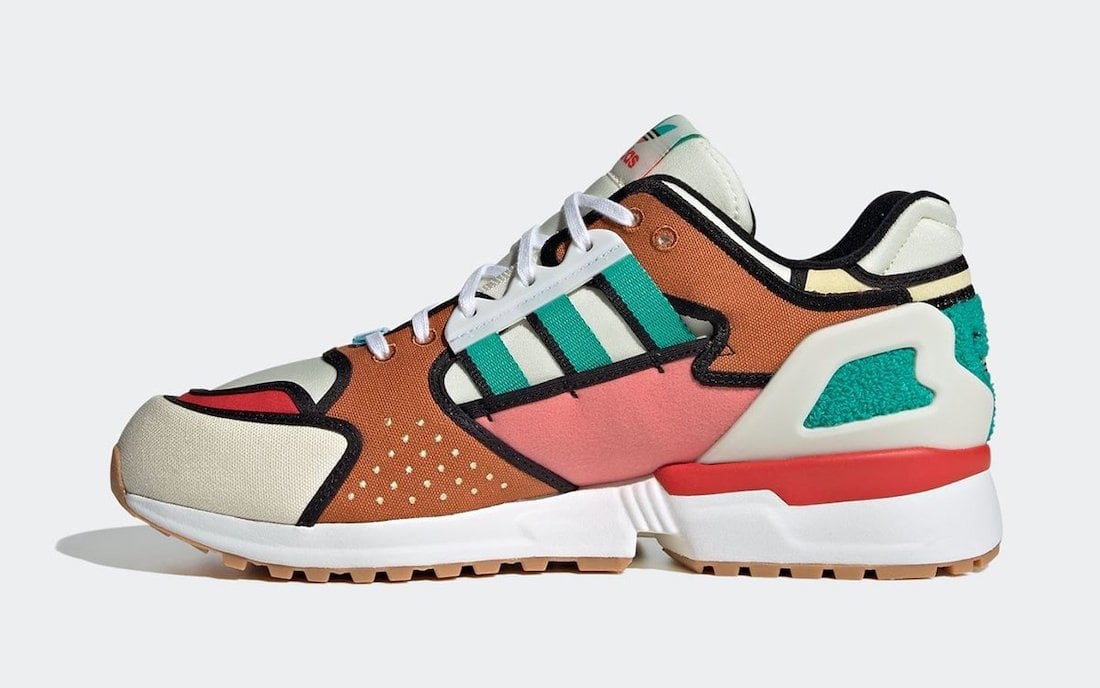 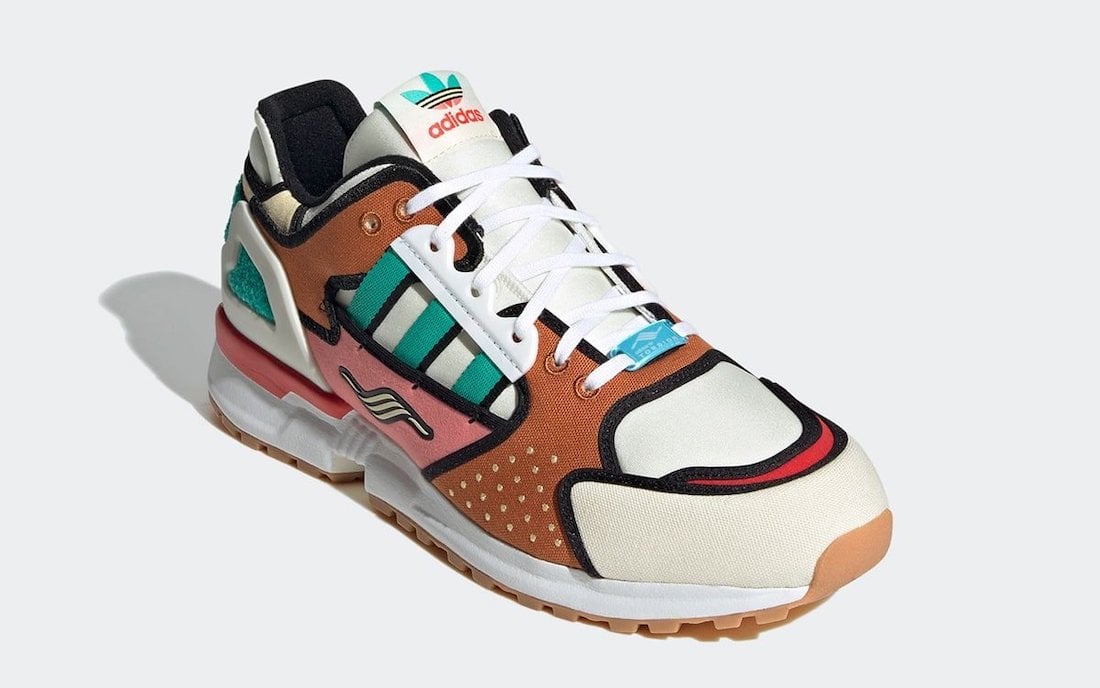 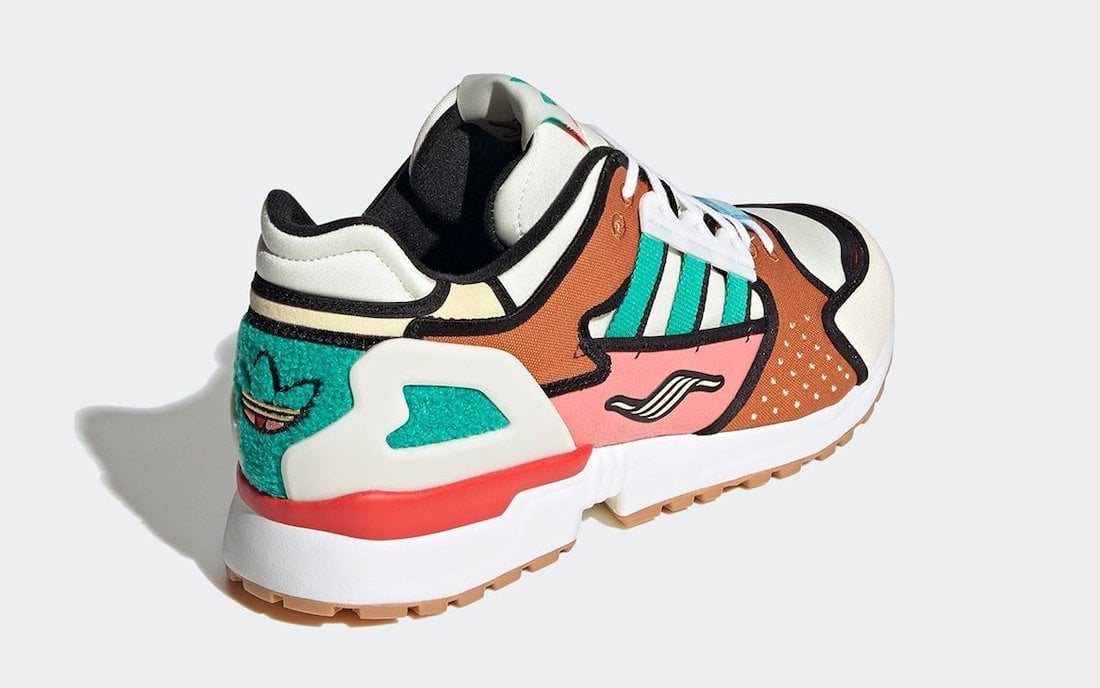 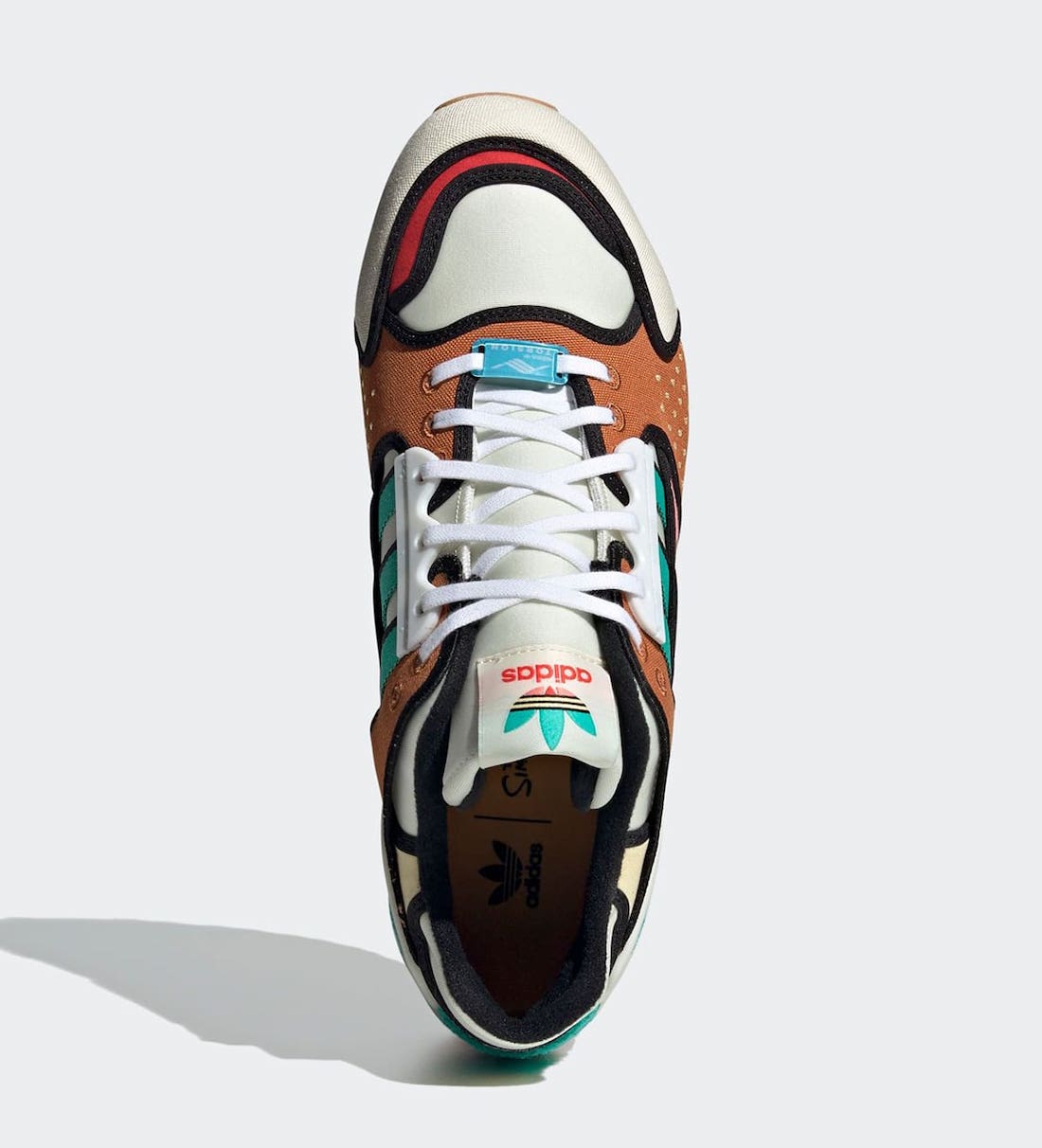 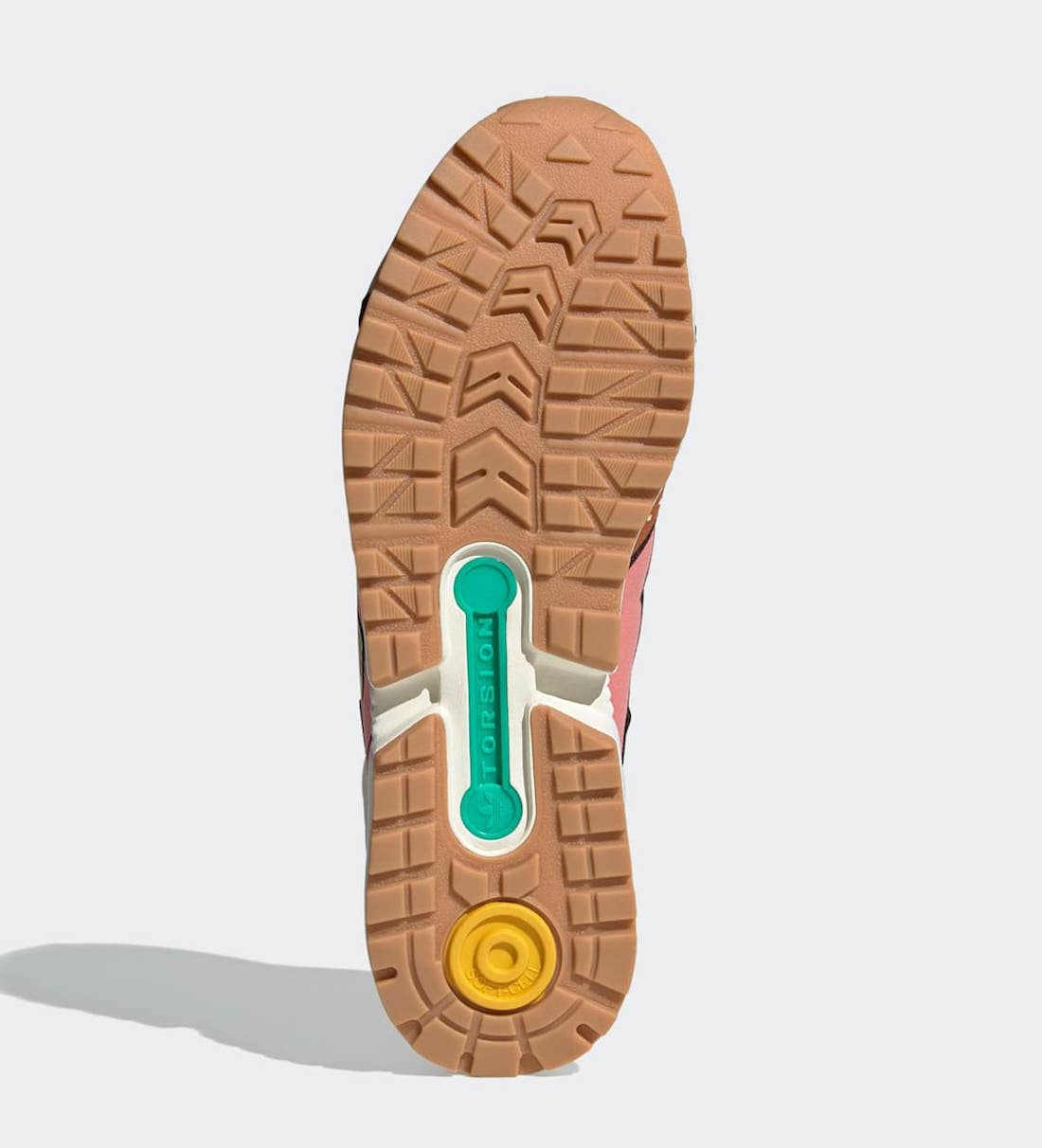