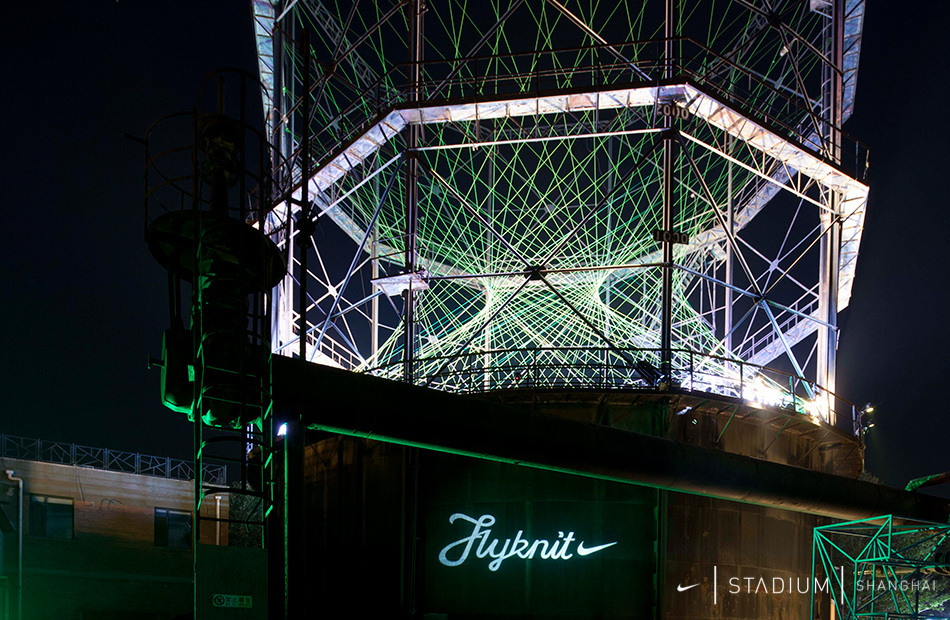 The opening Vernissage was attended by more than 300 guests from within the design, art, creative and sports communities who packed the 7,000 gallon converted oil drum, which housed Huang’s installation.

Dubbed by renowned web community INHABITAT as a “sustainable standout” at the newly inaugurated 751-D Park, located in Beijing’s Chaoyang art enclave 798, the Feather Pavilion has come to fruition after having been initially revealed in Shanghai at the Nike+ Festival of Sport from August 23-26.

Taking advantage of quite possibly the most risky and challenging space in all of the 751-D Park area – the 7000 TANK – Nike and the architects and designers of Miniwiz, Huang’s firm, collaborated on the final installation, which leveraged all recyclable materials to ensure maximum brand impact with minimal environmental impact, staying true to Nike Flyknit’s SUSTAINABILITY principle.

The oil drum’s upper reaches allowed the Miniwiz team to take creative distortion of their idea to an extreme. Huang directed the team to create a “hyperbolic dome stitched together with 100% recycled PET Bottle Yarns reinforced with Rice Husk Nano Silica with a triangular light reflective fiber” which extended from an actual pair of Nike Flyknit trainers on display within The Feather all the way to the third section of the oil drum, some 20 metres high. The string reflected light from below and created a glowing helix that could be seen throughout the park.

The Feather Pavilion
Performance is represented through every element of Huang’s work – just by walking into the pavilion, stepping onto the platform creates a sensory action elsewhere in the structure. Kinetic energy changes the look and the actual architectural form of this building, The ceiling moves like a feather, sounds are emitted and light and video is transmitted both internally and externally throughout the walls and floors, resulting in a sense of technical and musical harmony.

Lightness imbues every element of the Feather Pavilion experience – beyond being visually themed on the very essence of lightweight, the lightweight feel and transparency of the recycled TPU POLLI-Brick construction twinned with the shifting ceiling makes it utterly immersive.

Formfitting is embodied in the precision engineered, industrial and tailored spirit of this project. An intricate pulley system mirrors the motion of a loom, while the building adjusts in line with the form of its occupants, taking the form of a feather in the wind, transforms pure physics into an expansion of Nike’s breakthrough.

Sustainability is more than just a buzzword. It’s a testament to MINIWIZ’s work in the field that the sustainable nature of this entire structure, with the POLLI-Brick compression walls, might go unnoticed. This is the art of turning trash, something of no perceived value, something seen as primitive, into something awe inspiring. Made entirely from recycled TPU, each POLLI-Brick interlocks to create a resilient structure. To add further 100% organic reinforcement, recycled rice husks continue this design’s merger of tradition and the future of creativity. 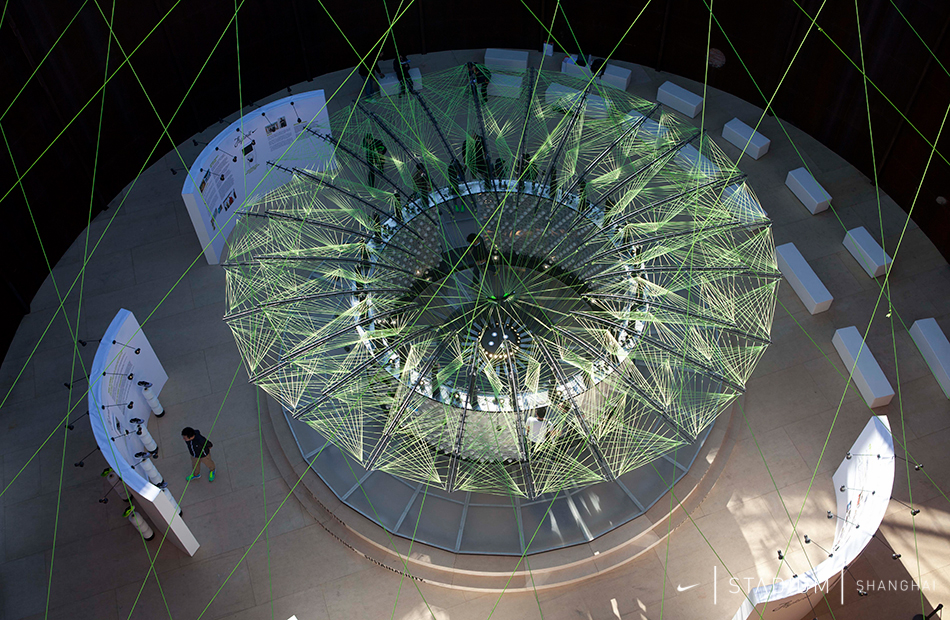 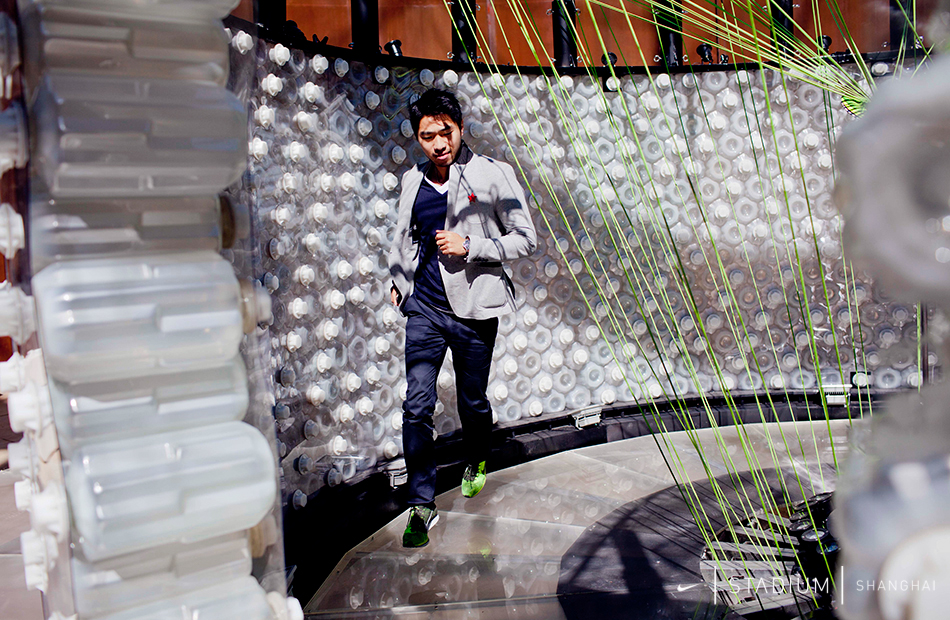 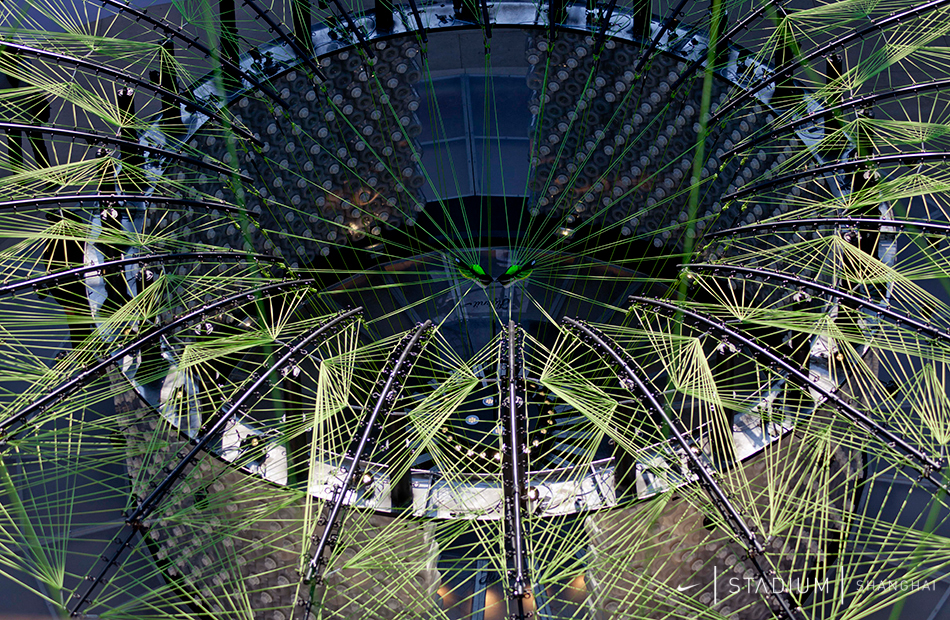 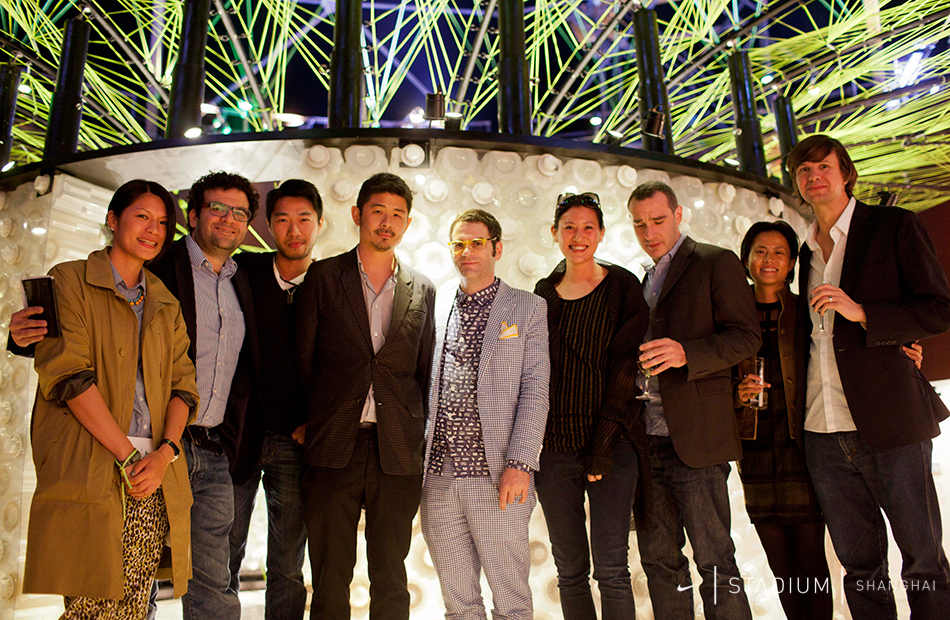