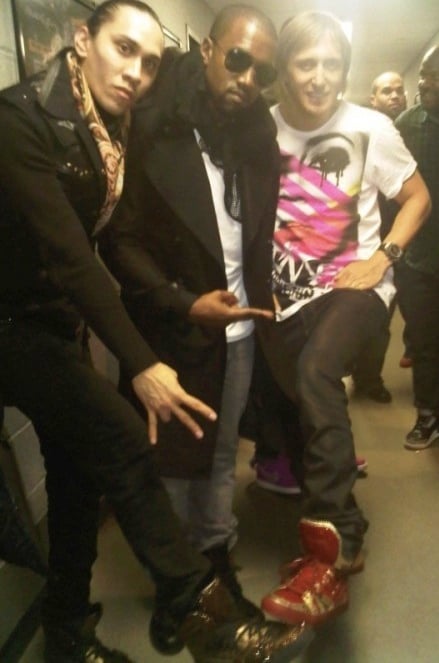 Taboo of the Black Eyed Peas and NY-based footwear brand, JUMP have teamed up for a limited-edition collaboration of sneakers called TABOOxJUMP. Pictured here are Taboo with Kanye West and artist/producer/DJ – David Guetta. Taboo, a self-professed sneakerhead and sneaker collector, visited the JUMP boutique at 89 Spring St. in SoHo and first saw the Zeto, the style that would eventually become his own signature model. Taboo worked with the team at JUMP to design four different color ways: black, gold, red, and white. The shoe was released exclusively for sale at Saks Fifth Avenue, but has since been released to other retailers, including Bloomingdales. Each pair is packed in a limited-edition satin bag and drawer box.

The retail price on the TABOOxJUMP is $298. Via: JUMP 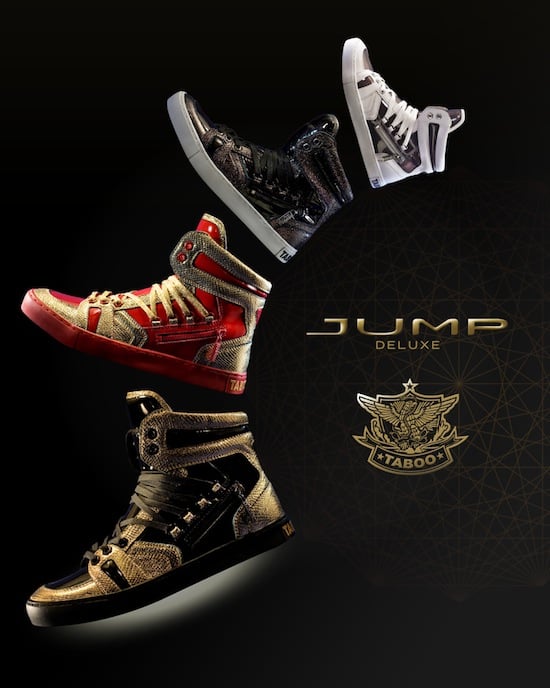