The Swizz Beatz x Reebok Kamikaze collection has experienced great success in a relatively short time since officially releasing its first colorway. Two more colorways are set to release in early June, with many more coming. However, today we bring you a look at a previously unseen colorway of black with pink and white accents throughout. We still aren’t sure what kind of release this colorway will be included in; however, do you see yourself hunting a pair of these down when/if they do actually drop? 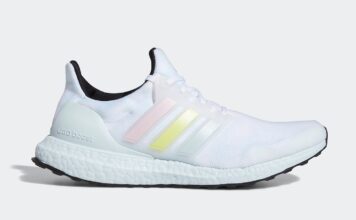