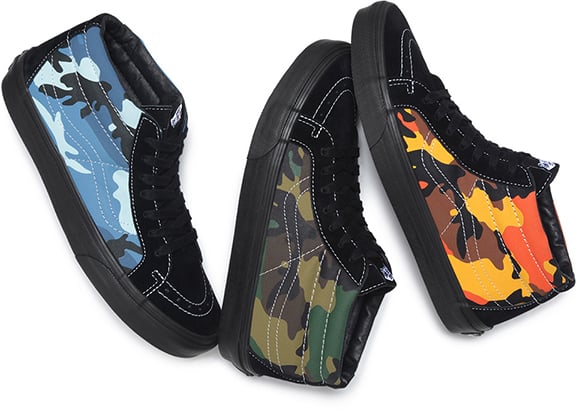 Supreme always has collaborations going on, but that’s what makes them one of the elite streetwear brands today. As in most recent sneaker collaborations, they have worked with Nike but for the longest time had capsules with Vans. The two are once again releasing a collection known simply as ‘camo’.

The Supreme x Vans Camo pack will consists of two shoes, the Vans Old Skool and Sk8 Mid. Usually when collaborations happen the go-to model is the Sk8 Hi, but Supreme knows well enough that the mid will sell out with their name behind it. Each comes with a black canvas and white stitching, while the side panels uses different colors of camouflage print.

The Supreme stores in LA, London and NYC and online will release the collection on March 19th. The Japan store will drop them on March 21st. 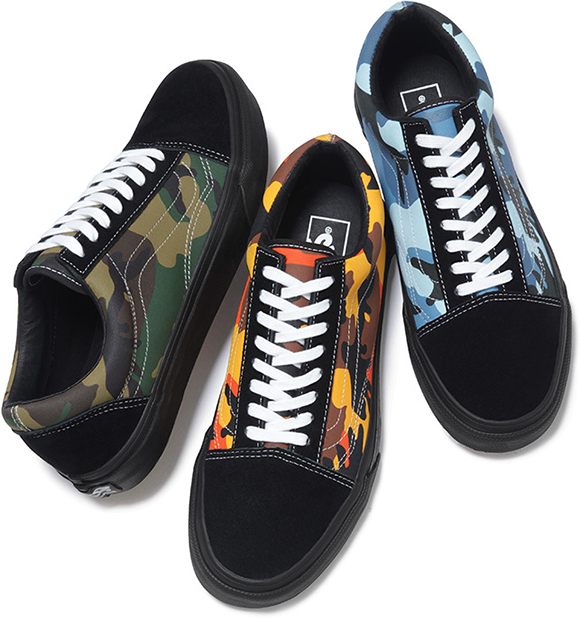