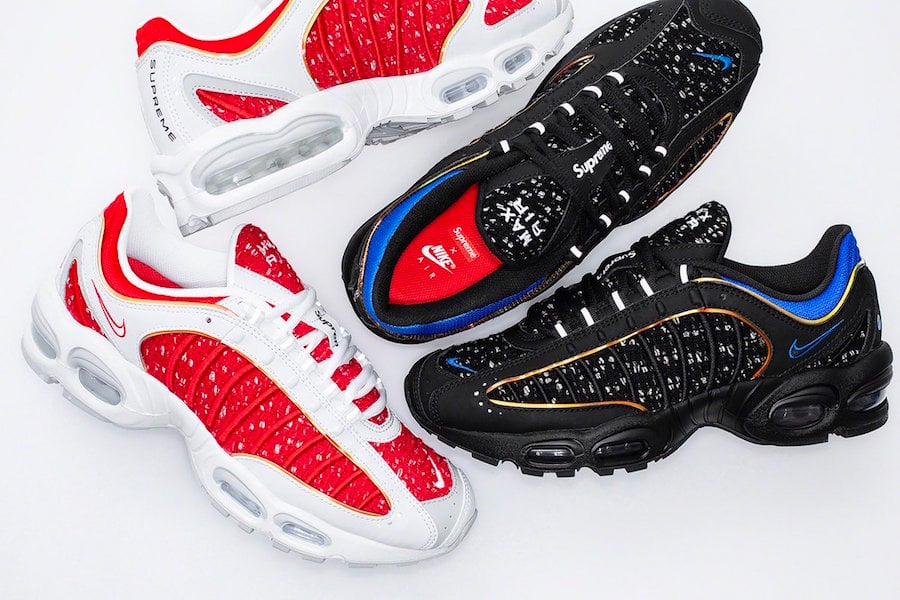 The classic Nike Air Max Tailwind 4 is releasing once again in 2019. We have now learned that the model will also be part of a Supreme collaboration for Spring – Summer 2019.

Looking closer at Supreme’s Air Max Tailwind, it features Black across the upper while speckled detailing runs throughout. Following we have Blue on the Nike Swoosh logos and around the collar while Supreme branding and Reflective 3M accents completes the look. There is a second colorway which is dressed in White and Red.

The Supreme x Nike Air Max Tailwind 4 colorways will release at Supreme locations and online at Supremenewyork.com on March 21st. Retail price is set at $190. Below you can check out more images which will provide you with a better look.

Update: Supreme has officially unveiled their Nike Air Max Tailwind 4 collaboration. Both will also release with a matching running hat. Both pairs will debut on March 21st at Supreme locations in NY, Brooklyn, LA, London, Paris and online at supremenewyork.com. A release date will take place in Japan on March 23rd. 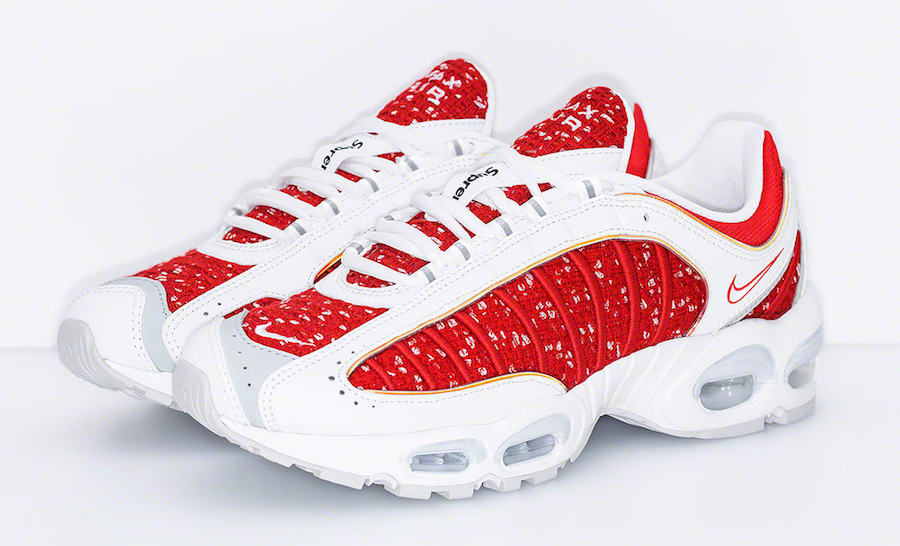 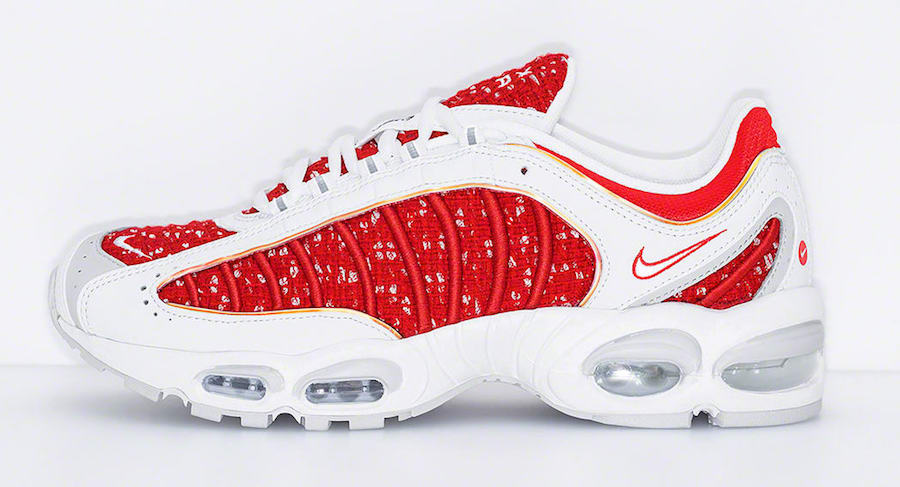 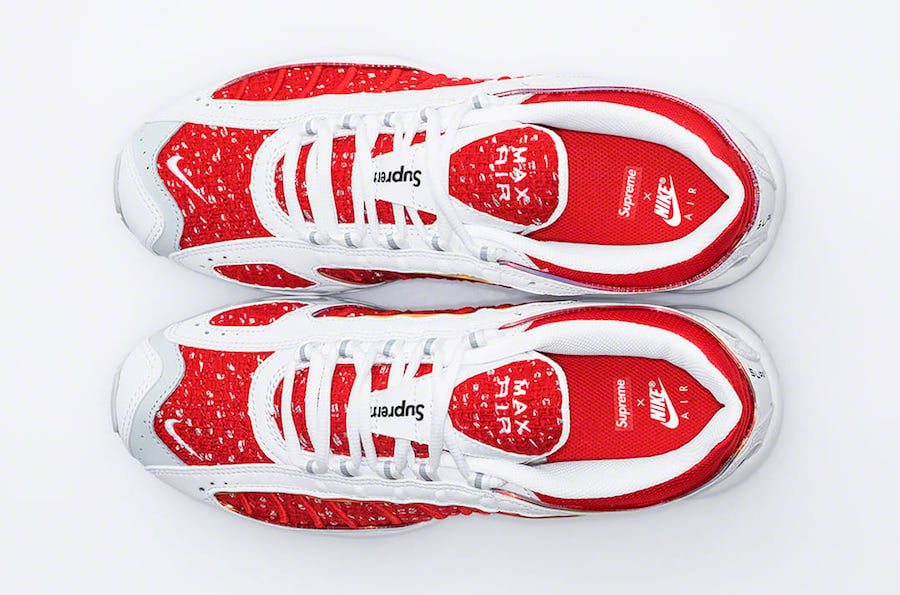 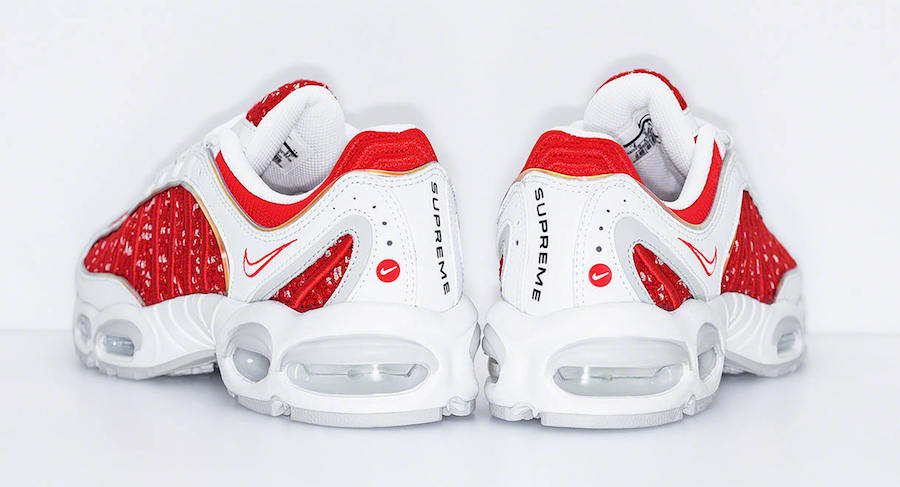 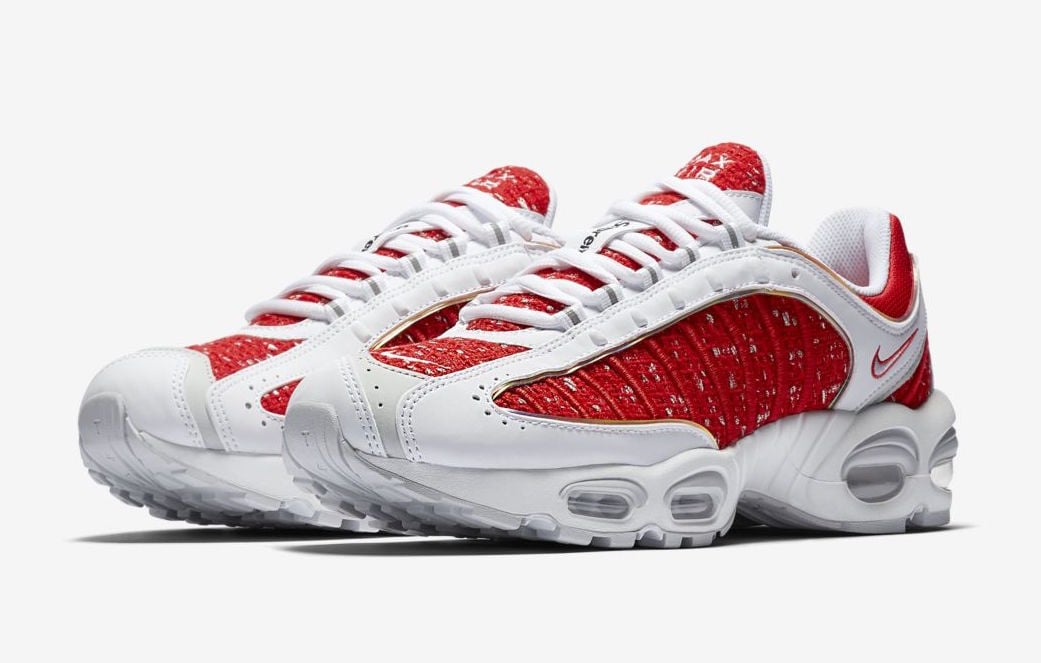 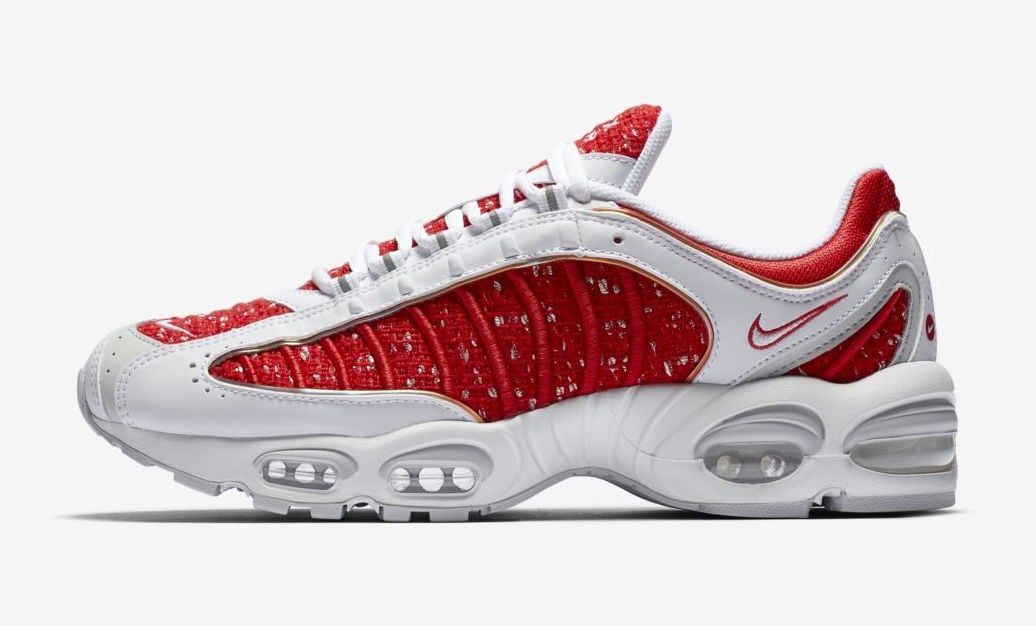 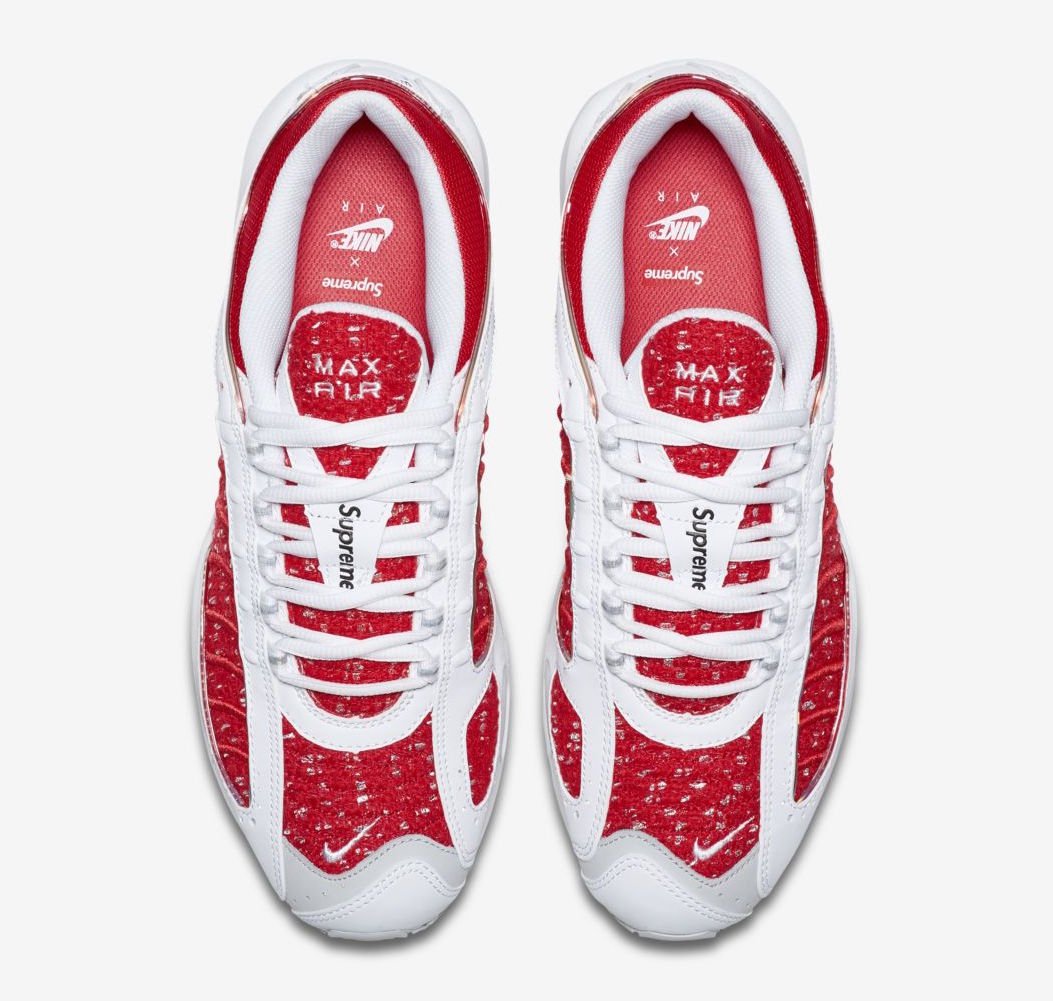 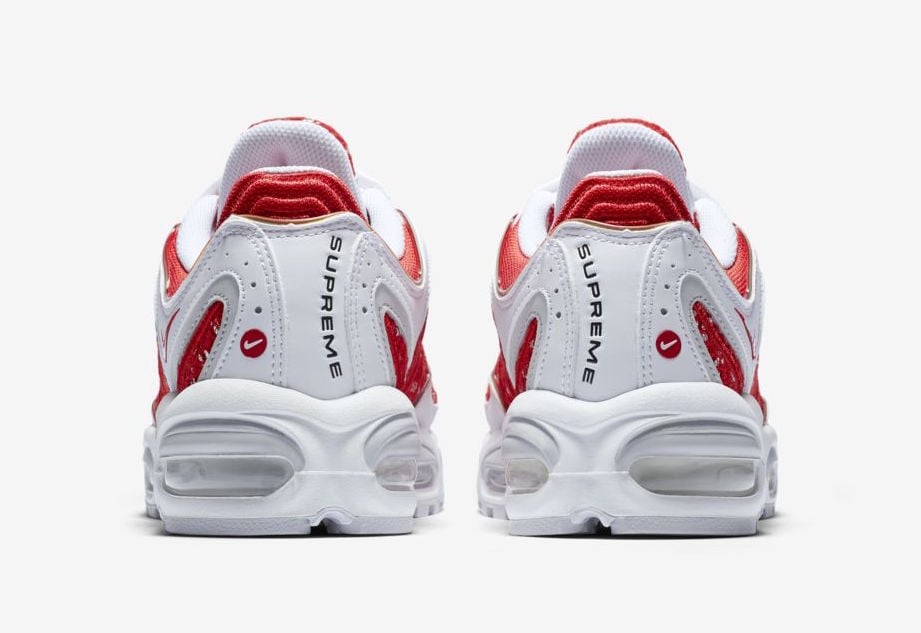 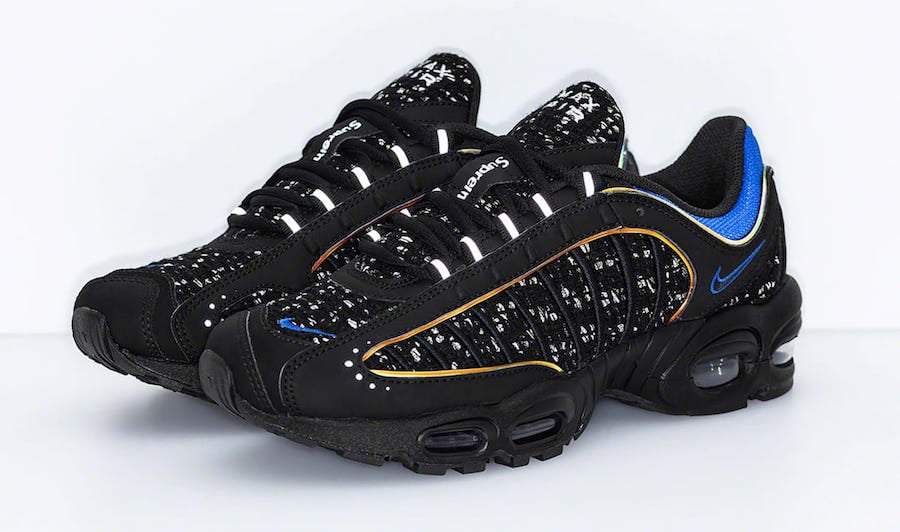 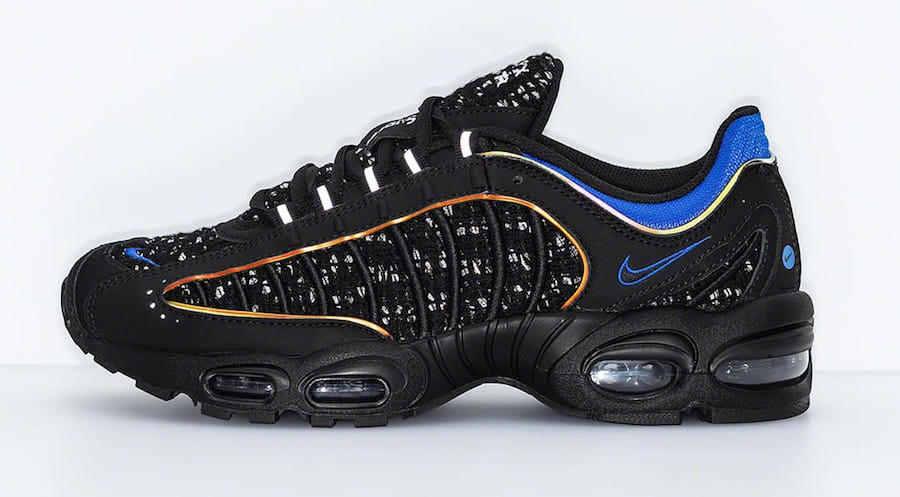 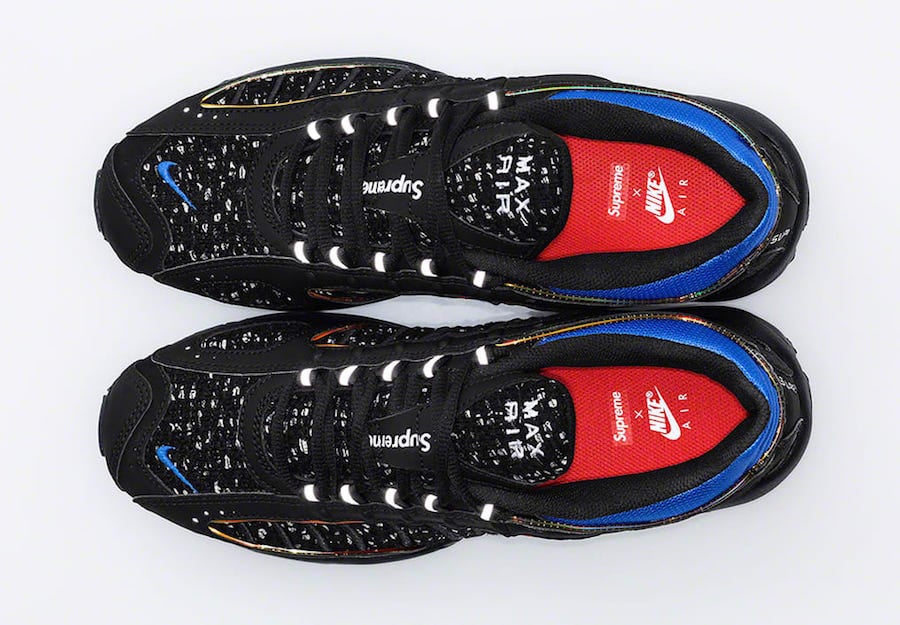 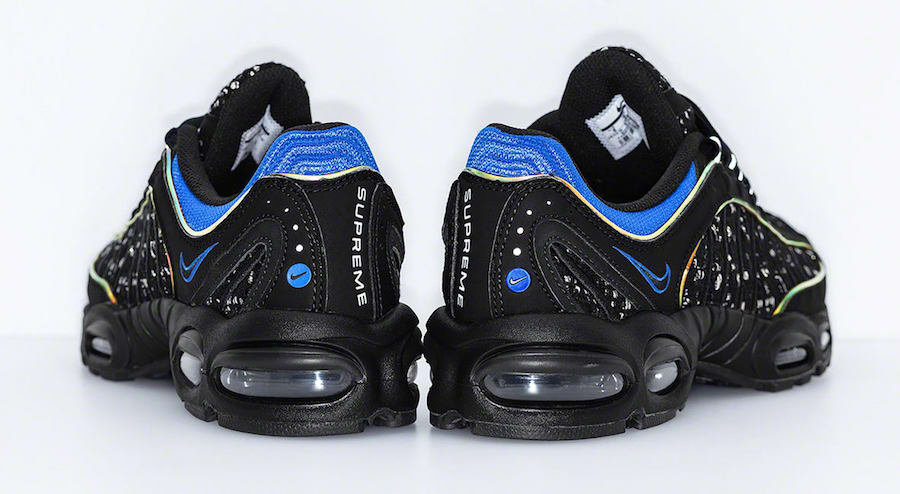 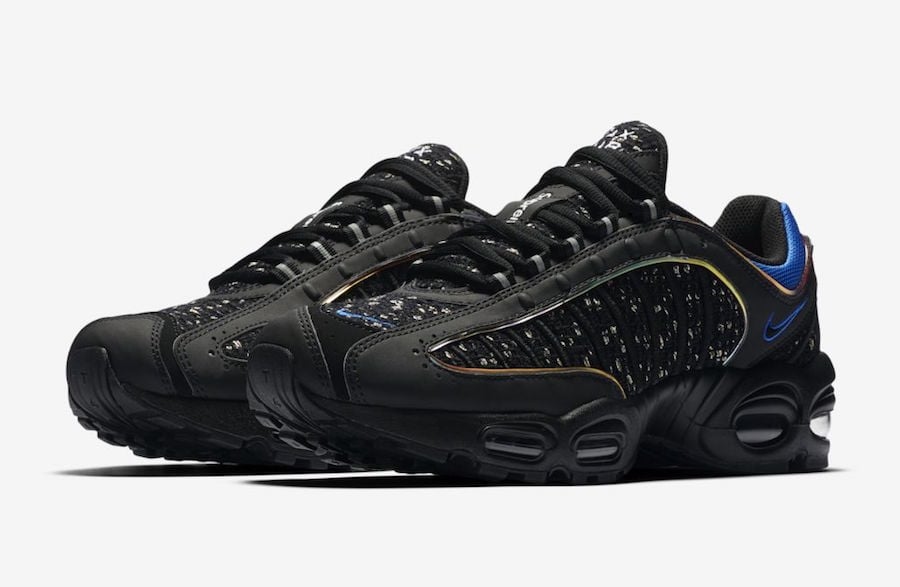 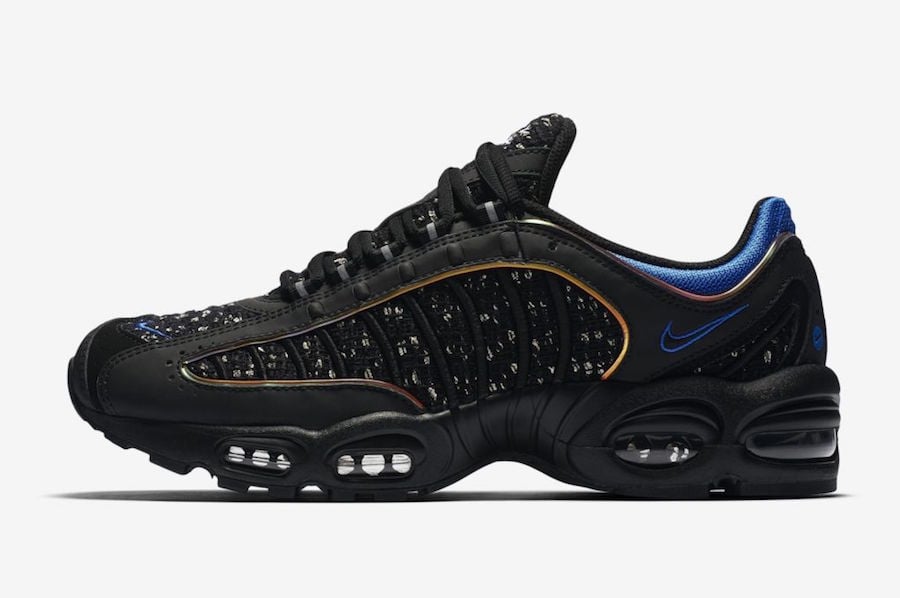 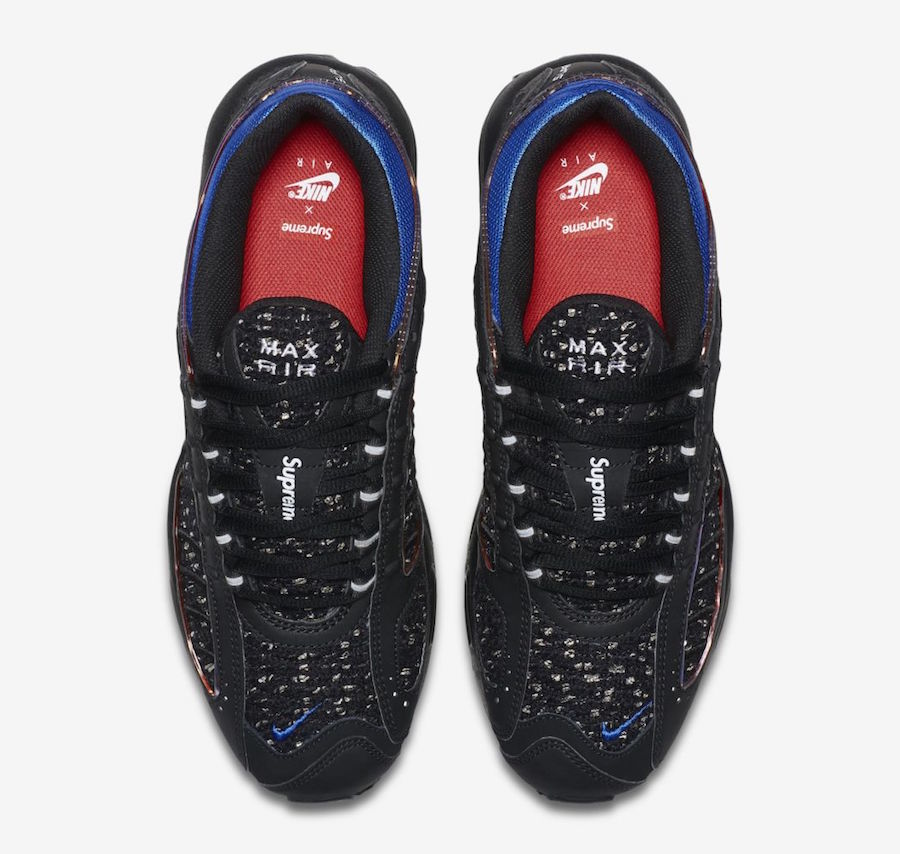 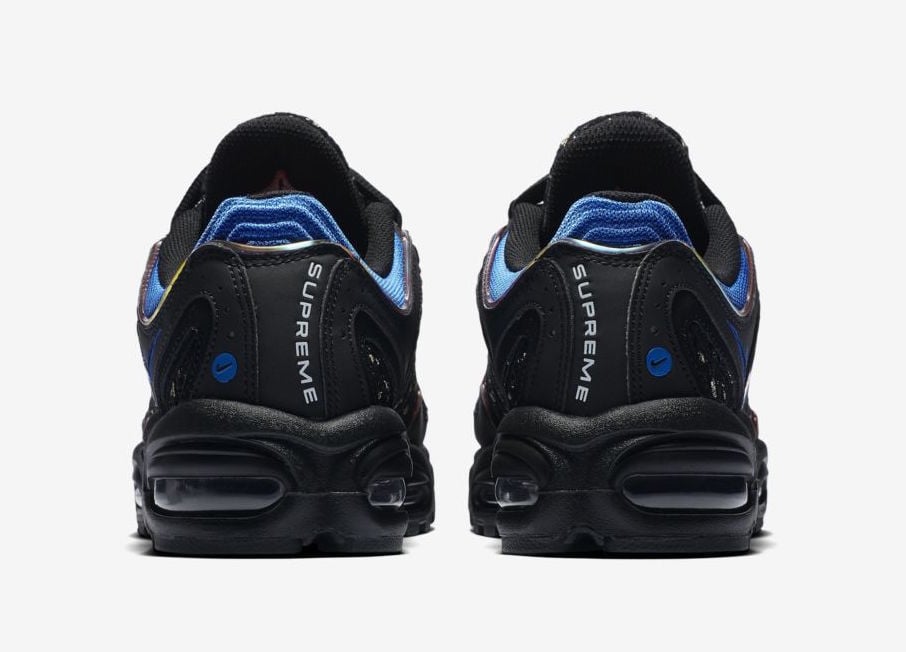 Update: We now have a first look at the Supreme x Nike Air Max Tailwind 4 in Red and White. Currently release information is unknown but check back for more details. Images via airrenzo. 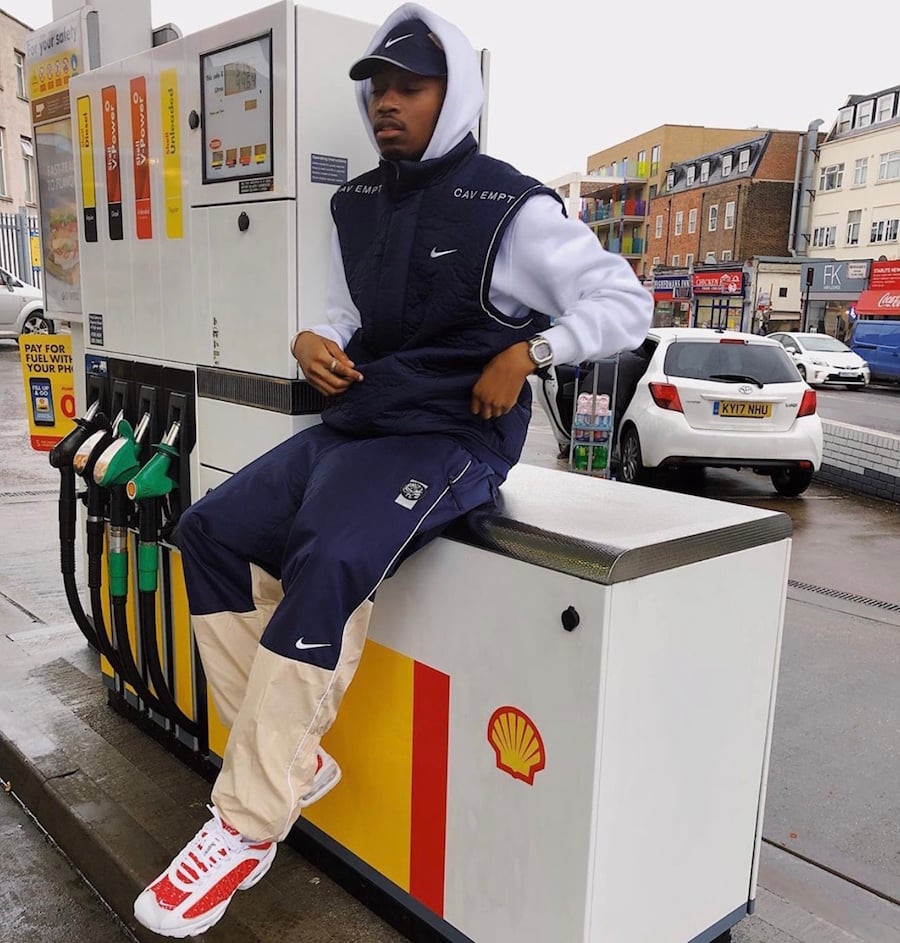 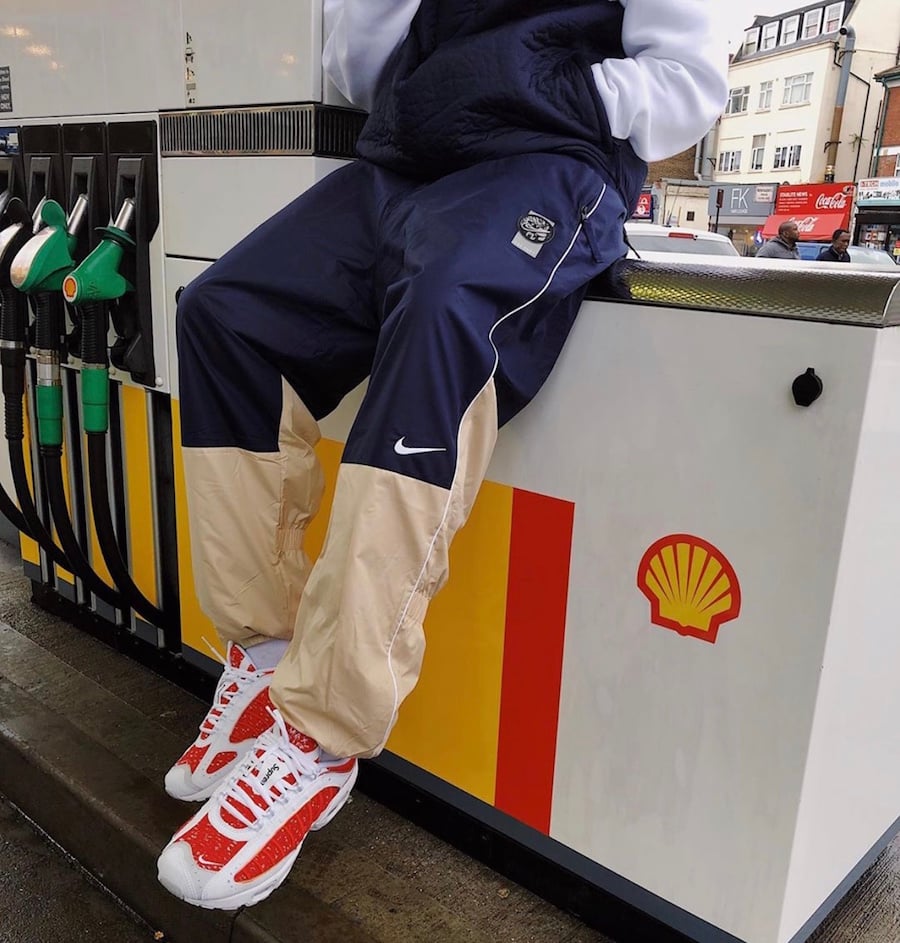 Update: We now have official images of the Supreme x Nike Air Max Tailwind 4 Pack. They are rumored to release this Thursday, March 7th via Supreme while a wider release will take place on Saturday, March 9th via Nike SNKRS. Once more information is available we will make sure to update. 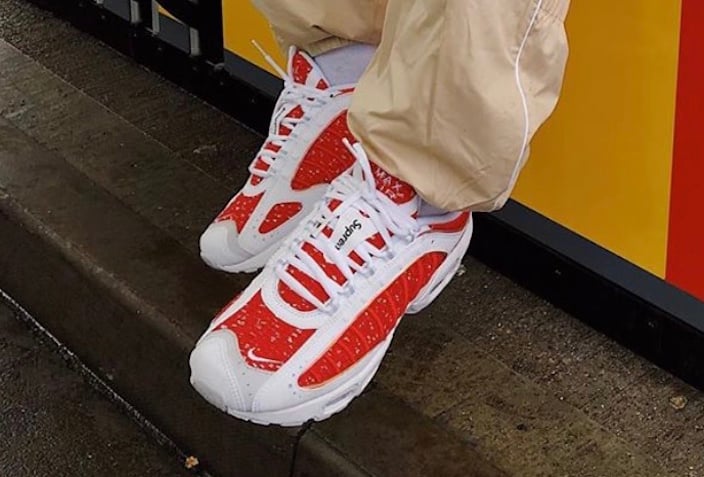 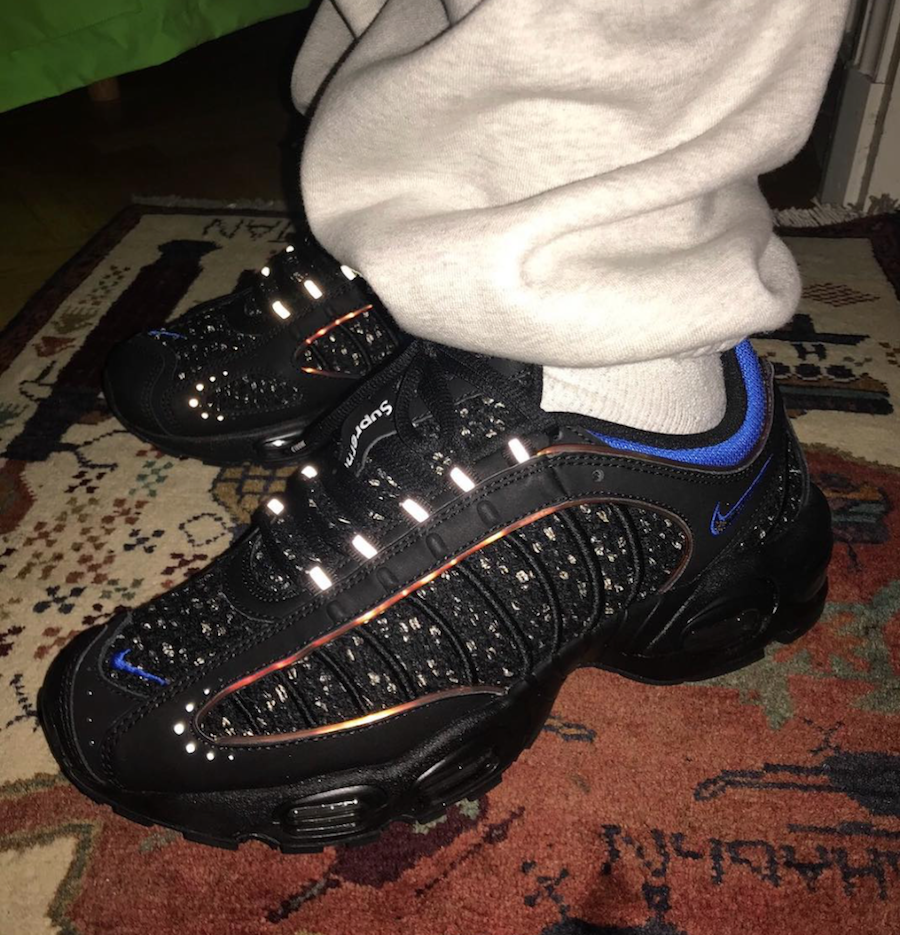 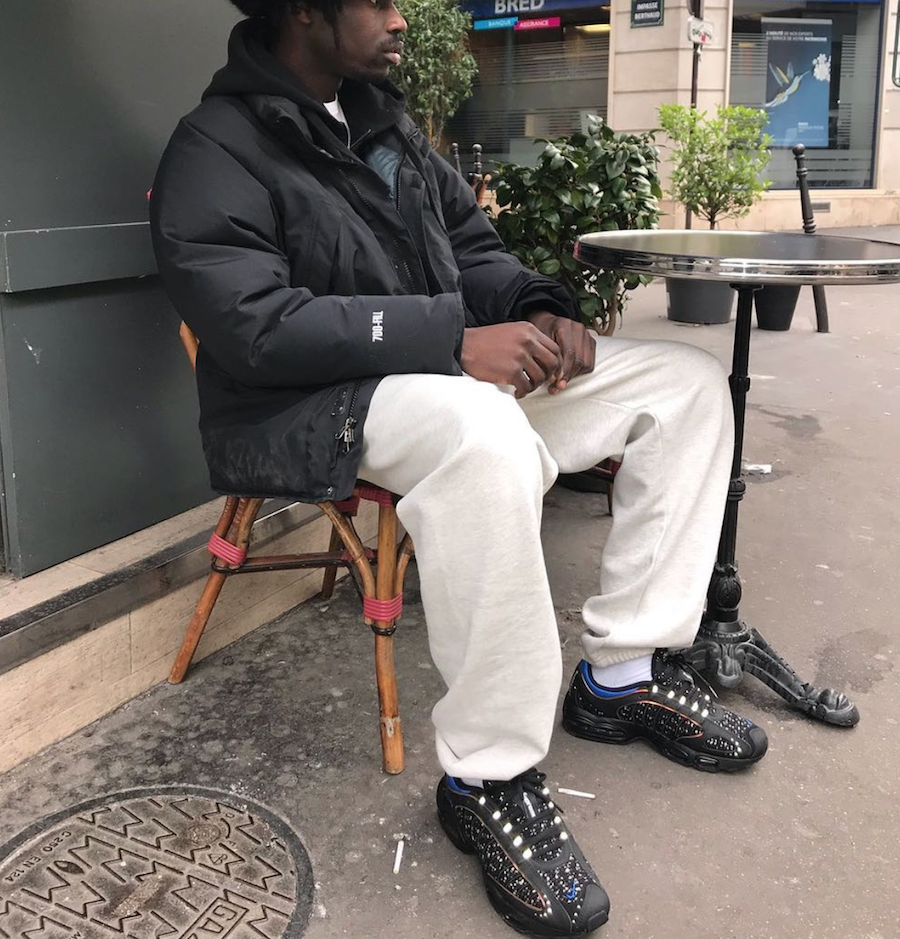