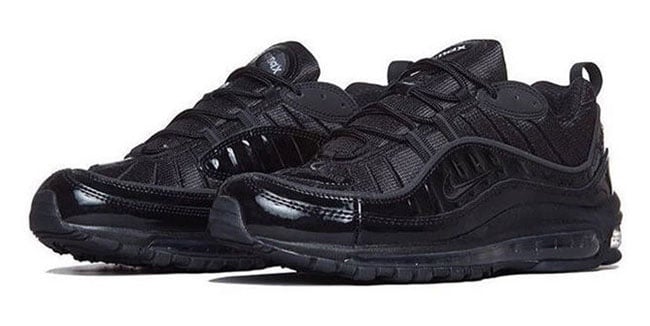 The Supreme x Nike Air Max 98 ‘Black’ is one of two confirmed pairs of the latest Supreme collaboration with Nike. In addition, there is the possibility of two additional colors that could release.

Supreme has dressed up one of their Nike Air Max 98 collaborations in predominate Black with hits of patent leather. On the insole is Supreme and Nike branding done in Red while ‘World Famous’ is written across the heel.

The Supreme x Nike Air Max 98 Black is expected to be releasing soon, however a specific date or time has yet to be unveiled. Upon the launch, they will be available at NikeStore.com as well as Supreme locations. As you may know, there is also a ‘Snakeskin’ pair releasing, but a total of four pairs have now leaked which details of the two additional colors have yet to come out. Retail price has yet to be announced, but we will make sure to update you once more details are available. Get a closer look at this pair by scrolling below. 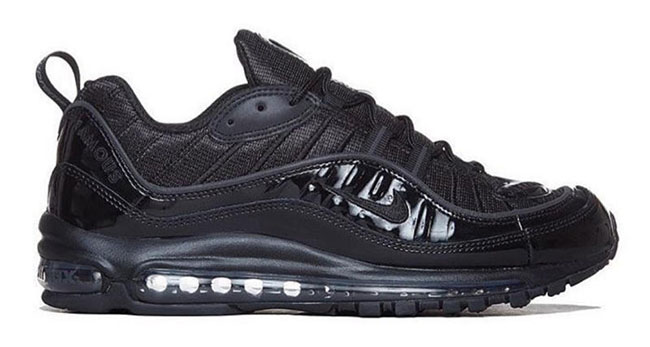 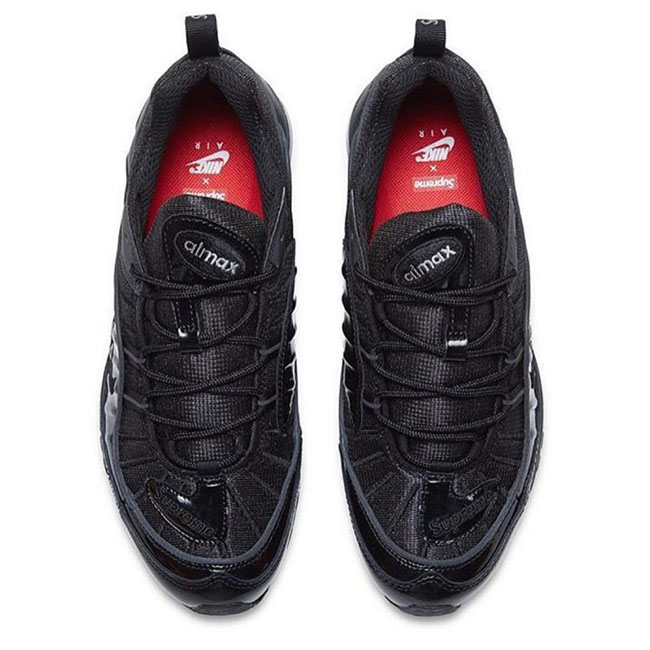 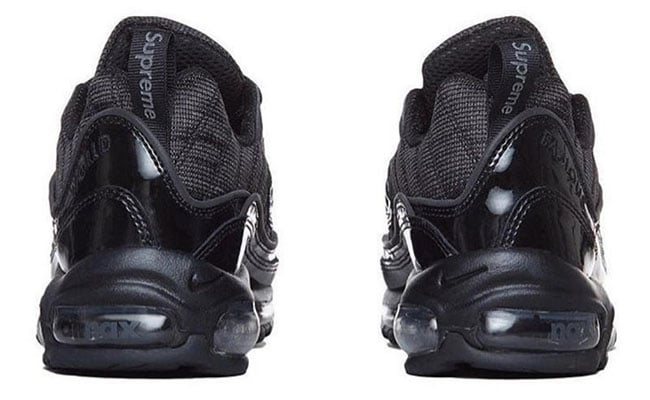 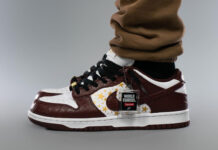 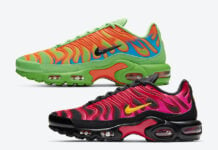 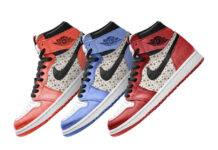 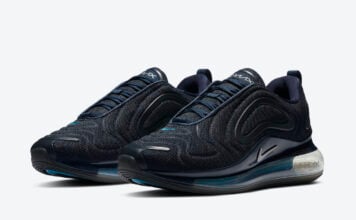