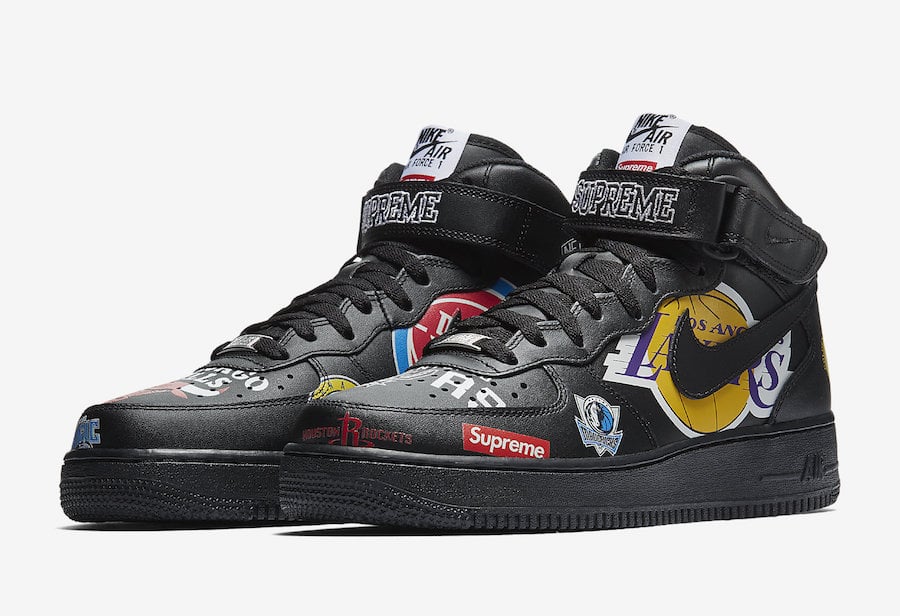 Supreme and Nike will continue their longstanding partnership with another release for Spring and Summer 2018. The two will come together for the Supreme x Nike Air Force 1 Mid Collection.

Highlighted in the collection is three colorways of the Nike Air Force 1 Mid which includes this Black based pair. Looking closer you can see that they feature NBA team logos along with Supreme’s Red box logo. The left shoe represents the Western Conference while the right reps the Eastern Conference. Finishing the look is Supreme’s branding on the ankle straps while co-branding lands on the insoles.

The Supreme x NBA x Nike Air Force 1 Mid Black will release on March 8th at Supreme locations in NY, Brooklyn, LA, London and Paris. They will also release on March 10th via Nike SNKRS Draw at 10AM EST. Retail price is set at $165. Once we have more information we will make sure to update you. Continue to scroll below to check out more images which will give you a closer look. 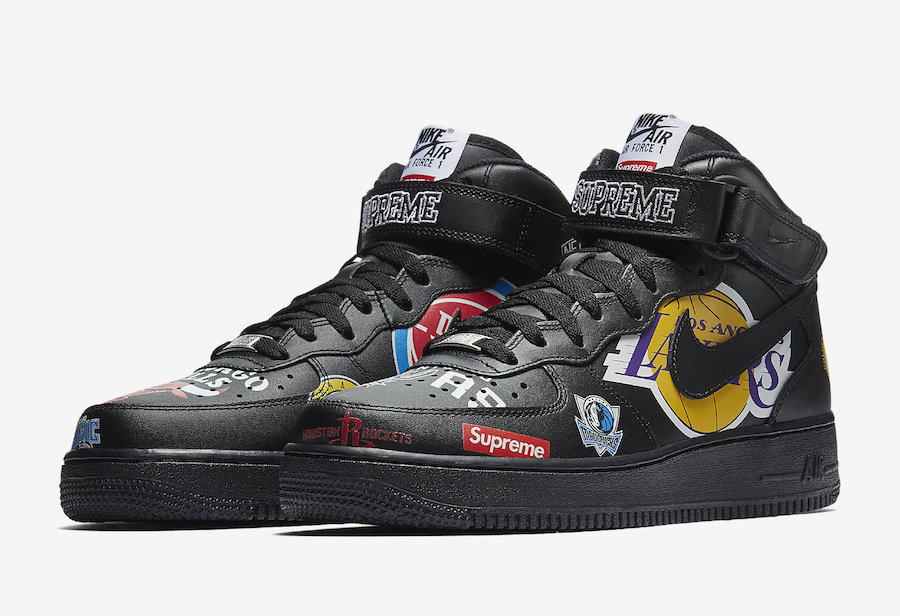 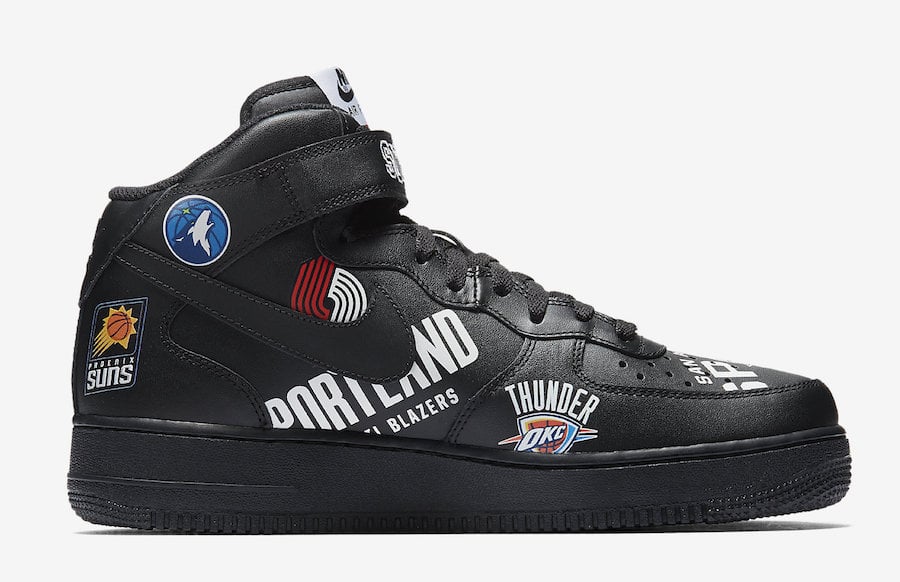 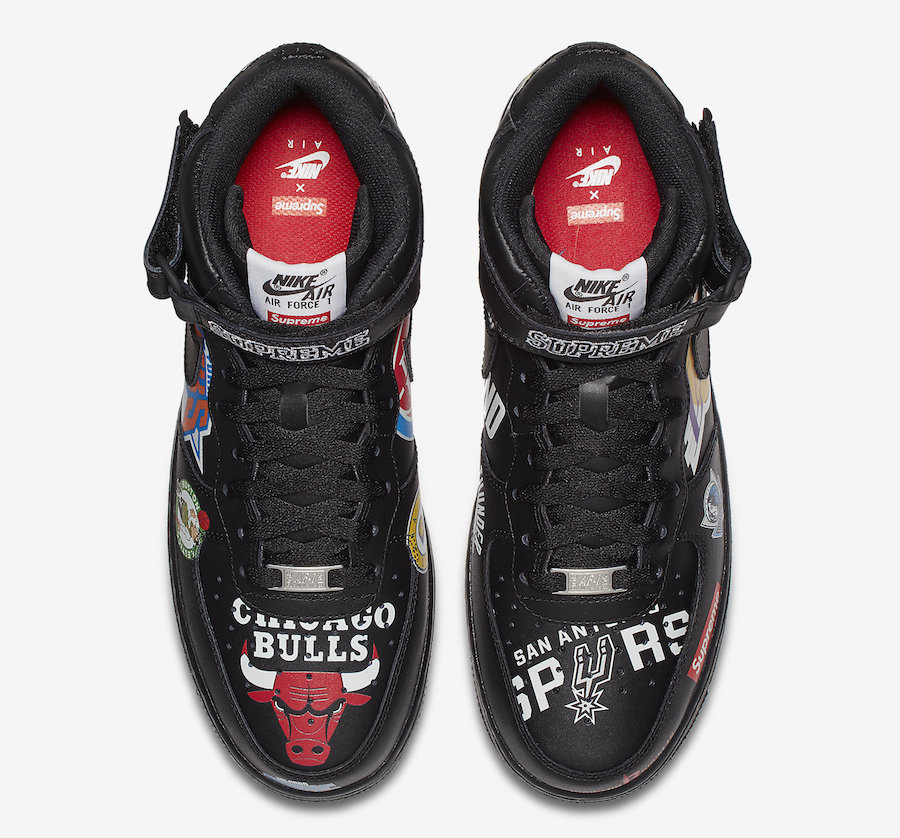 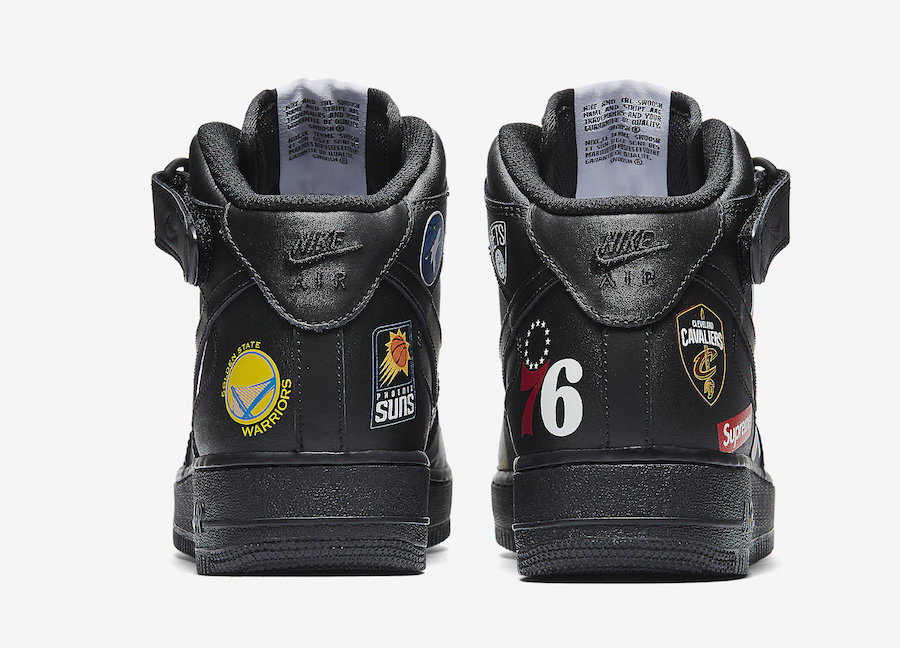 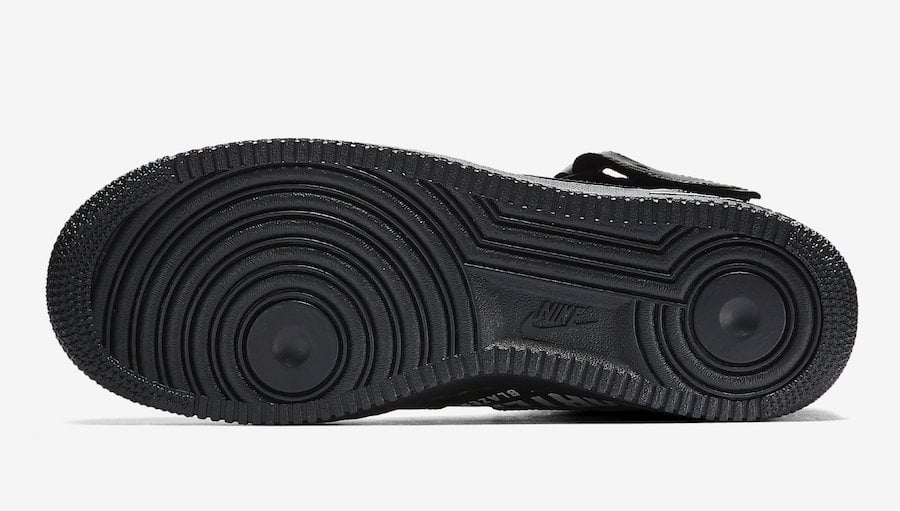 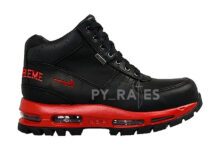 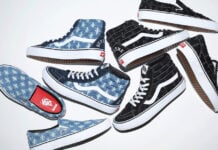 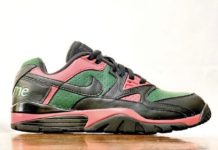 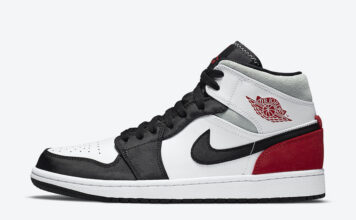