By Brian Betschart
Sep 7, 2011
In
Other Sneakers 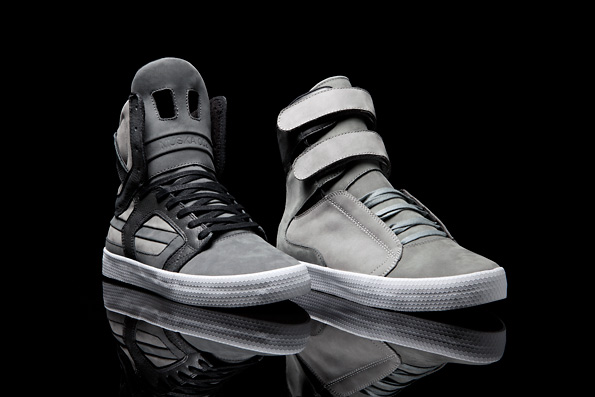 SUPRA brings us the Commemorative Pack.

Utilizing their two tallest models, the Skytop II & Society, SUPRA pays tribute to all of the NYFD who responded to the horrific events that took place 10 years ago. Both styles are encased in various shades of Grey Nubuck, solemn and trimmed with black kidskin accents. Custom sockliners read, “Never Forget”, and each come with and NYFD inspired hang tag.

Proceeds of the Commemorative Pack will be donated to charity and for those of you who are trying to obtain a pair, they will be available on Saturday, September 10th at suprafootwear.com along with the following locations below…