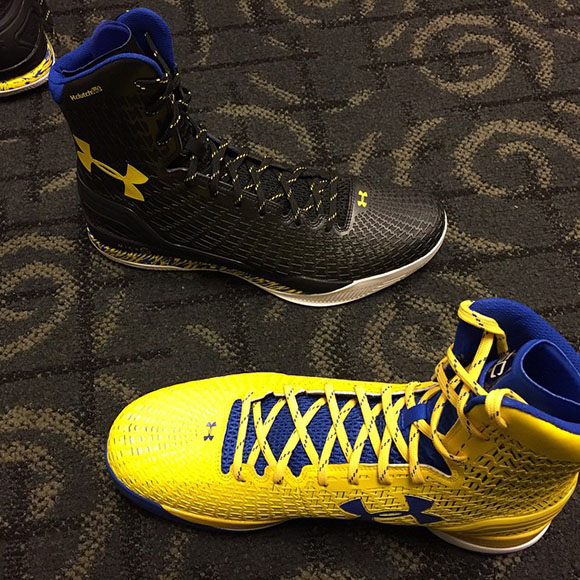 Stephen Curry who is signed to Under Armour showed off two pairs of PE’s of the ClutchFit Highlight Drive that he will be wearing this season and during the pre-season.

The Under Armour ClutchFit Highlight Drive features a home and away Golden State Warriors feel, while one pair sports predominate yellow with blue accents. The other pair comes in mainly black with blue and gold hints.

You can watch Curry wear the ClutchFit Highlight Drive PE during the pre-season games.