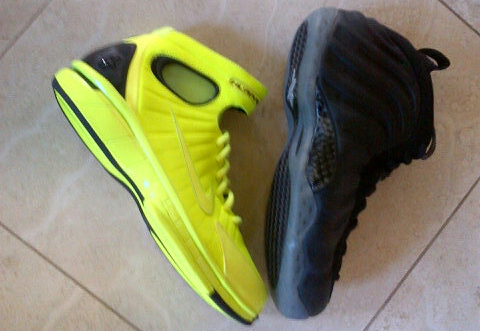 Gentry Humphrey from Nike took to Twitter and exposed possibly a new Nike Air Foamposite One to release, already being dubbed “Stealth”. Also in this picture is an unreleased Nike Zoom Huarache 2K4 in bright yellow.

Although the picture is slightly distorted, the Stealth Nike Foamposite One could possible feature an Obsidian colorway like the Foamposite Samples we showed you sometime back. Of course their are differences between the previous shown sample and this pair.

If the “Stealth” Foamposite Ones do hit retailers, a possible Holiday 2012 release is in the works, along with the Foamposite Pro Metallic Silver/Crimson. 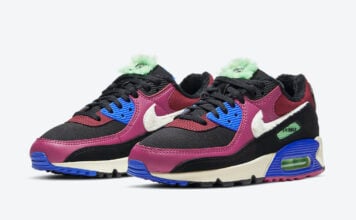