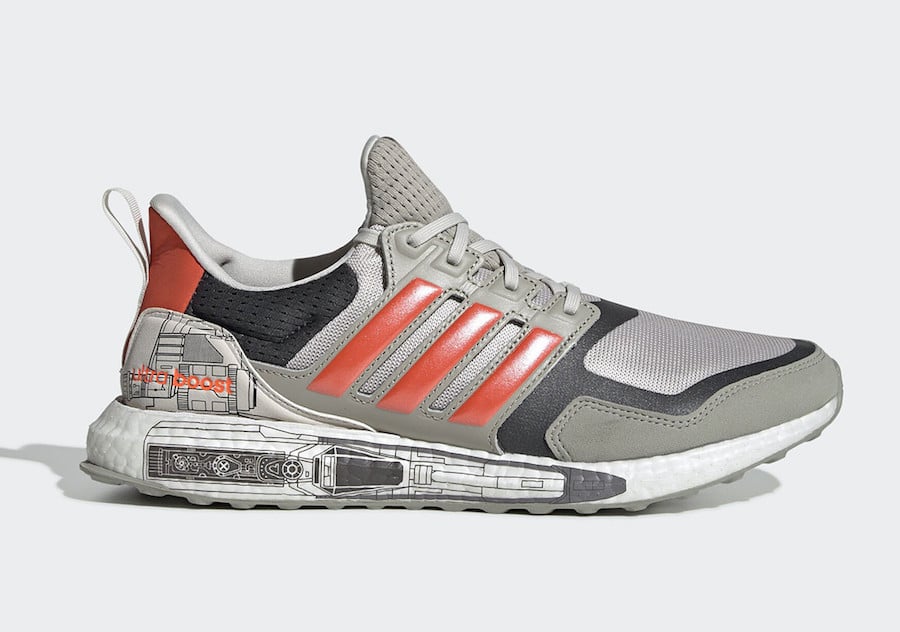 Once again adidas Originals will have a special collection with Star Wars and one of the releases includes the ‘X-Wing’ Ultra Boost. This pair will be available before the next movie Star Wars: The Rise of Skywalker releases on December 20th.

This adidas Ultra Boost is different from the previous releases while utilizing a futuristic look. Featuring Grey throughout, Orange lands on the Three Stripes and heel. What sticks out the most is the X-Wing Starfighter detailing on the heel counter and White Boost midsole. In addition we have co-branding on the tongues, special insoles and Jedi Order symbol. Last but not least is ‘The Force Will Be With You Always’ on the heel.

While a release date is not available, the Star Wars x adidas Ultra Boost ‘X-Wing’ is expected to launch around the same time of the film which is December 20th. Once more information is available we will make sure to update. 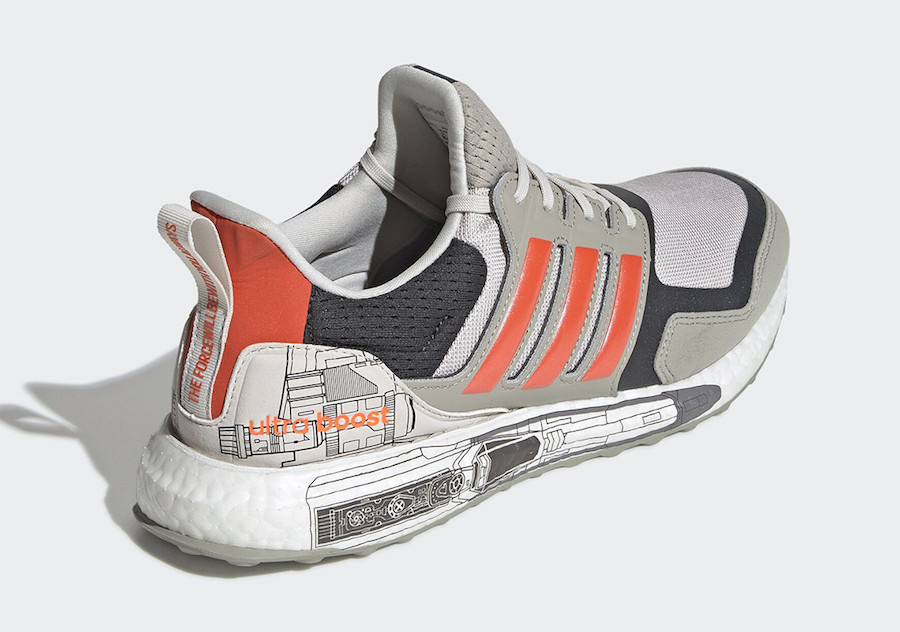 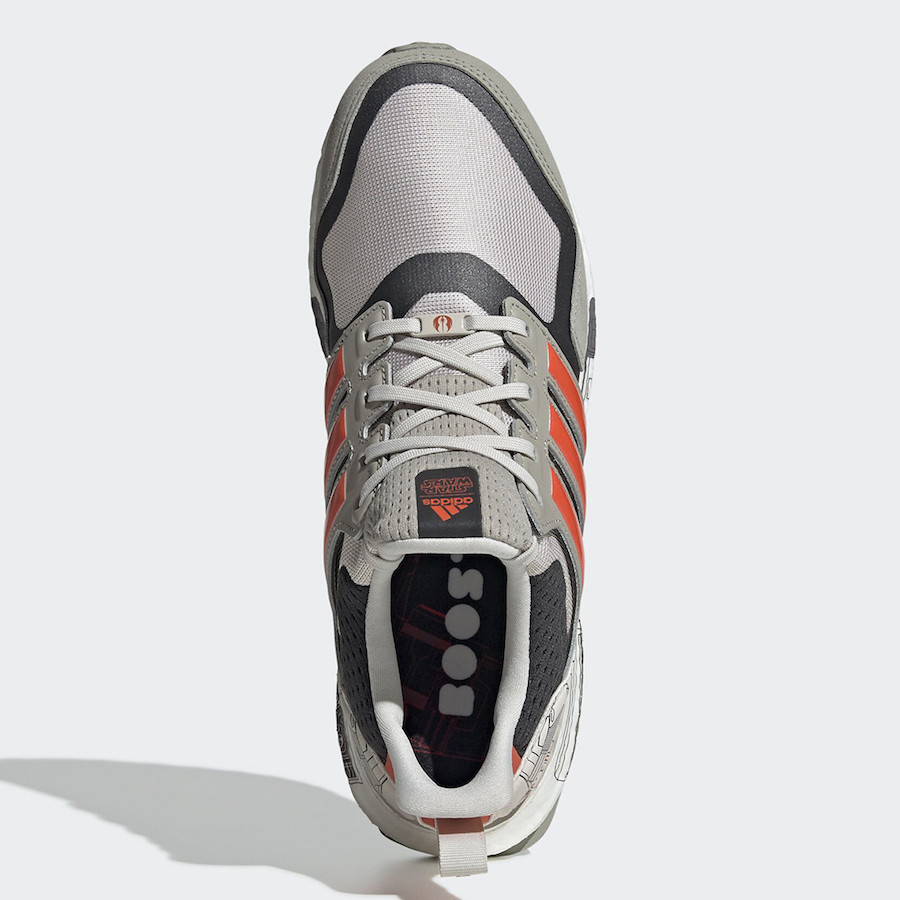