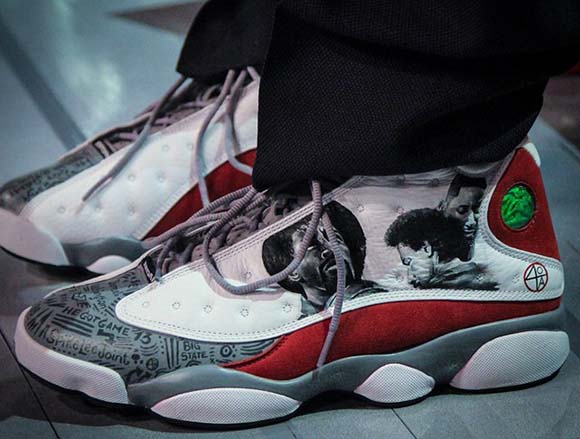 During the Dunk and 3 Point contest that took place on Saturday Spike Lee was seen sitting court-side in a pair of Air Jordan 13 ‘Grey Toe’, but they are different than the release version.

It isn’t known if this pair of Jordan 13s is a custom or if Spike called up Michael to make them. It’s even possible that Tinker maybe sketched on them since the style resembles the work he did for Jordan Geller’s wedding.

The Grey Toe Jordan 13s featuring artwork from the movie “He Got Game”. On the pods is a mural of Jesus Shuttlesworth and Jake Shuttlesworth. On the toe box words and symbols are used from the movie. Lastly by the heel Spike Lee’s 40 Acres and a Mule logo is placed to seal the deal.

No matter if they are customs or made exclusively for him from Jordan Brand, the simple addition to the Retro makes them more desirable. 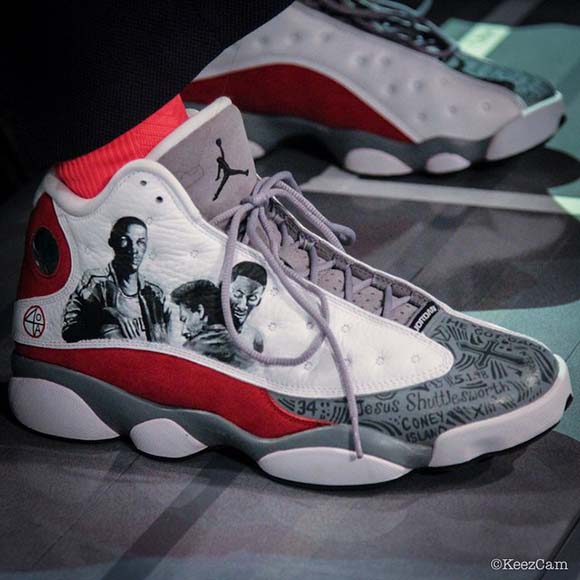 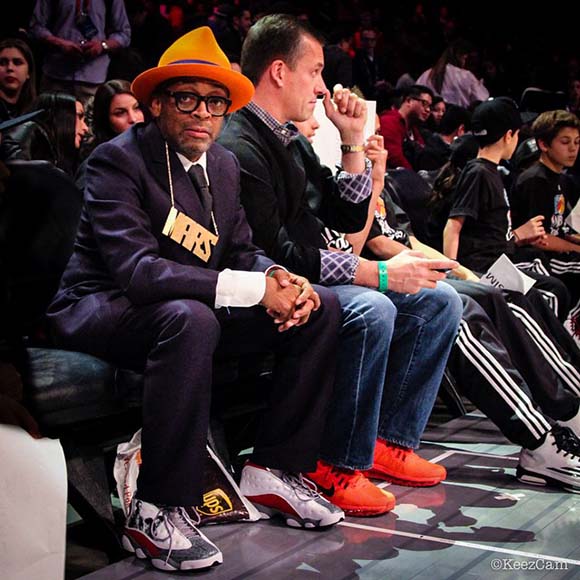