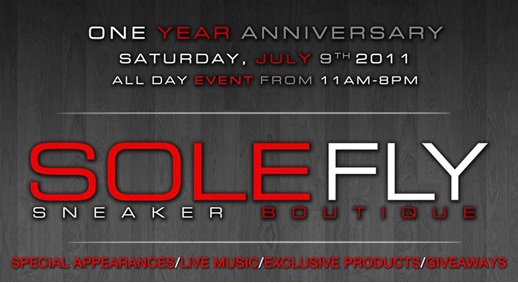 Tons of buzz regarding the release of the Air Jordan XIII (13) “Ray Allen” PE have been floating around lately, and in turn, the stores holding the release have been in the spotlight as well. Sole Fly, one of two locations to be releasing the XIII, is taking the buzz as an opportunity to push forward with a Sole Fly One-Year Anniversary Release Event this weekend.

This Saturday only, Sole Fly will be hosting an event to release 4 pairs of heat via raffle ticket draw, to a random selection of lucky customers. The event will also feature live music, giveaways, special gear and guest appearances. Check out the flyer for more info! 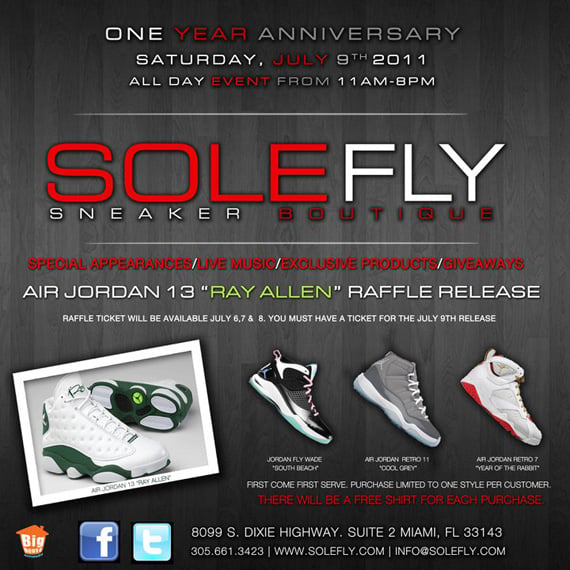