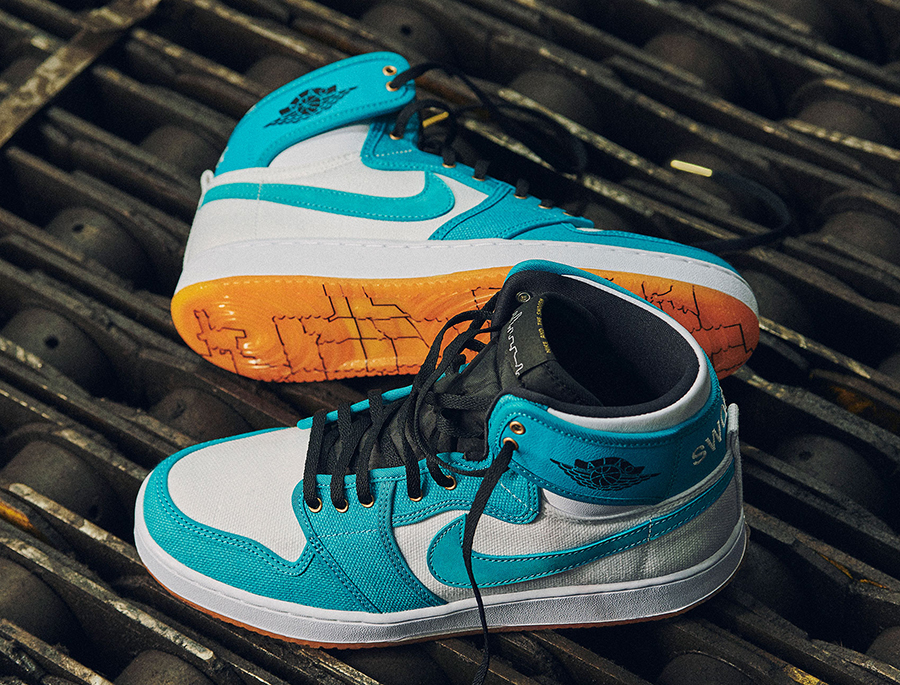 Chance the Rapper’s SocialWorks is teaming up with Jordan Brand to release the SocialWorks x Air Jordan 1 KO during All-Star Weekend.

SocialWorks is a non-profit organization founded in Chicago in August 2016 by artist Chance the Rapper, Justin Cunningham, and Essence Smith. SocialWorks raises money for social issues that affect Chicago’s youth, such as education, homelessness, mental health support, as well as to create spaces and bring visibility to Chicago’s artistic community.

This Air Jordan 1 KO comes with shades of Blue, White, Black and Orange which is inspired by the spirit of Unite and represents hands of different colors joined together. Constructed with canvas, Blue lands on the overlays while White covers the base. On the tongue we have a silhouette Chicago Skyline while the left heel reads ’SWORKS’ and the right features ‘JTMK’. The outsole uses Orange with a translucent hue while SocialWorks logo and a map of the city.

Matching apparel will also release which features a compass logo that wears off with time. This symbolizes the wisdom gained from a lifetime spent in the city and if you walked these streets, you no longer need a map.

You can expect the SocialWorks x Air Jordan 1 KO to release at select retailers including Nike.com on February 15th during All-Star Weekend. Once more information is available we will make sure to update.