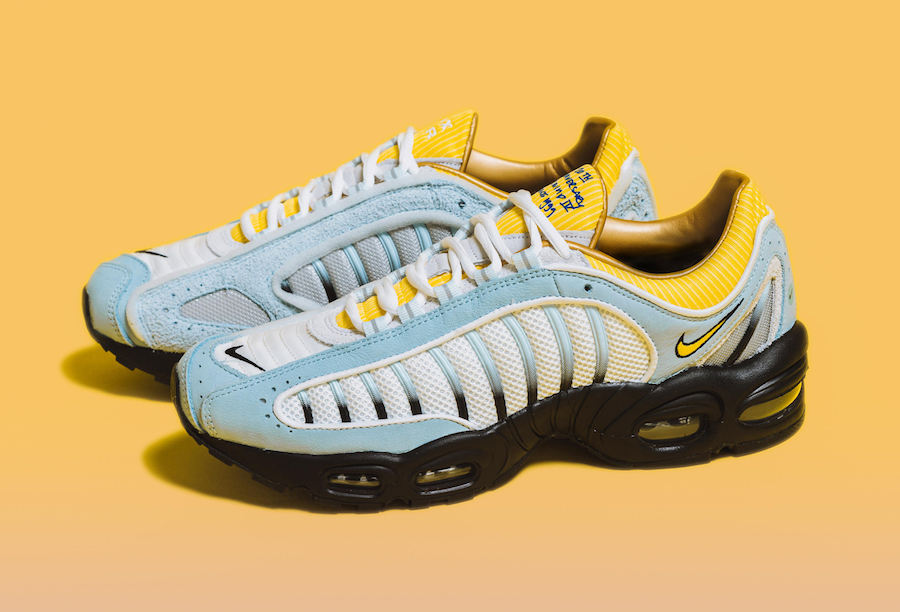 Sneakersnstuff has another upcoming collaboration with Nike and this time they will celebrate the 20th Anniversary of the Air Max Tailwind 4.

Looking closer this pair features Baby Blue across the upper while utilizing a mesh, nylon and suede construction. In addition we have Yellow on the tongue which also reads ‘20th Anniversary Tailwind IV Since 1999’ which is also the year that SNS opened their doors.

Expect the Sneakersnstuff x Nike Air Max Tailwind 4 ‘20th Anniversary; to release exclusively online at Sneakersnstuff.com and in-store at their Stockholm, Berlin, Paris, London, New York and Los Angeles locations on September 19th. Retail price is set at $160. Below you can check out more photos for a closer look.

Update 9/10: Sneakersnstuff has unveiled their Nike Air Max Tailwind 4 ‘20th Anniversary’ collaboration which is inspired by an unreleased prototype of the Nike Air Tailwind ’79.

The Nike Air Max Tailwind 4 samples color-bits from the original Tailwind, tying perfectly into the OG footsteps and also in the dotcom bubble utopianism, echoing the quest for a superhighway to a digital Avalon. Built with a promiscuous upper, full of polarity but coherence and balancing the unexpected, the individually numbered Nike Air Max Tailwind IV presented by SNS features a mélange of mesh, nubuck, and suede, sturdy textile, leather and protruded foam. Shiny Yellow highlights are boasting distinctive lettering, captivating Gold lining and a Black midsole with visible Air bubble fuse heritage with the design hues from the turn of the century. 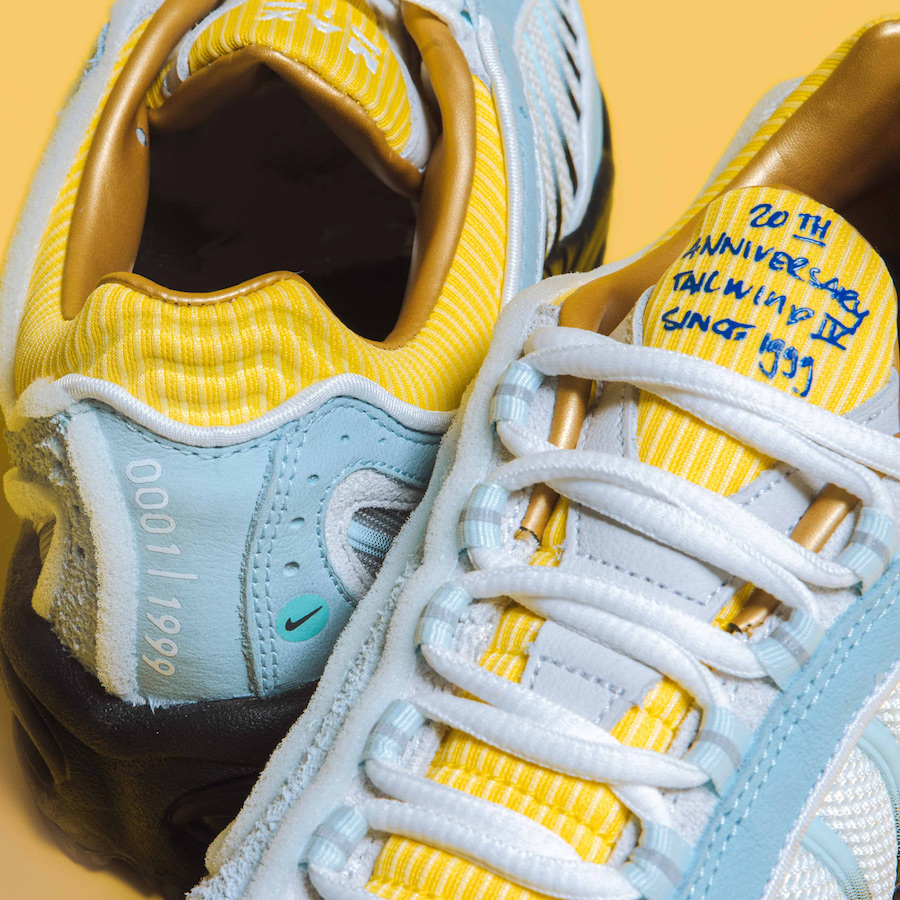 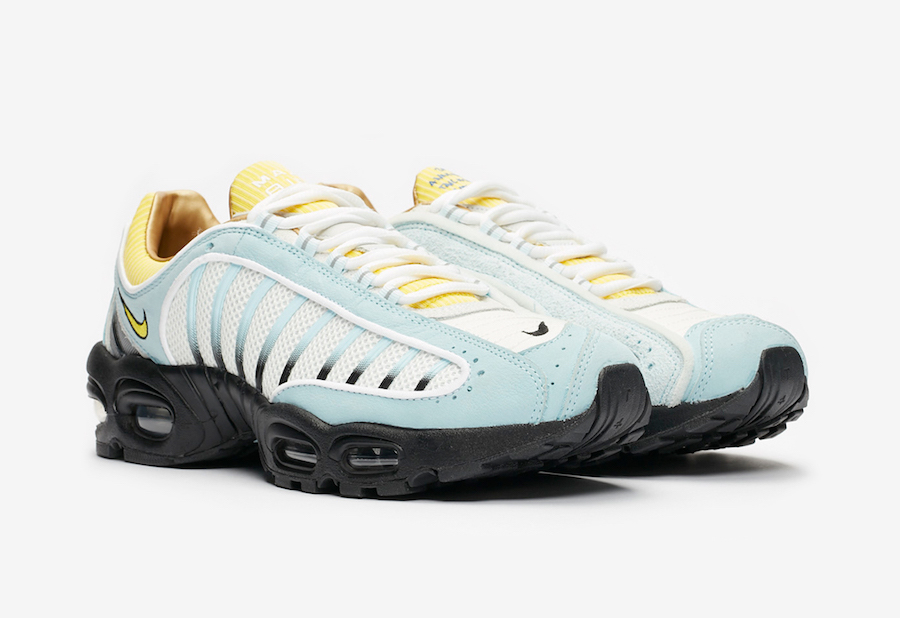 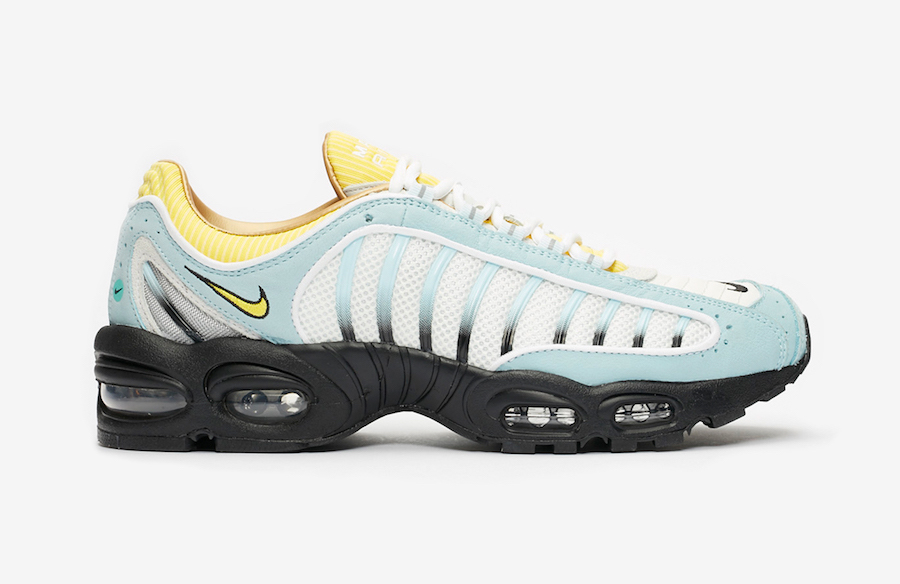 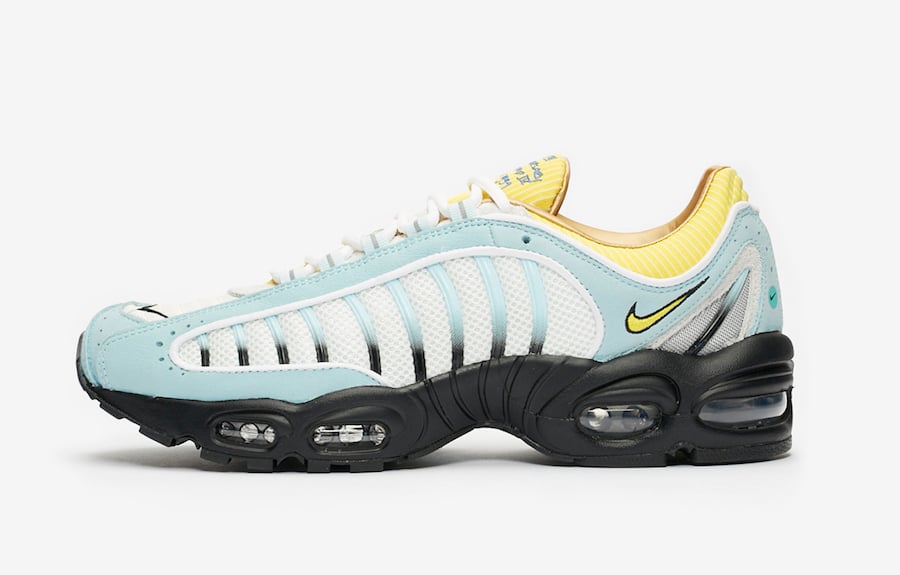 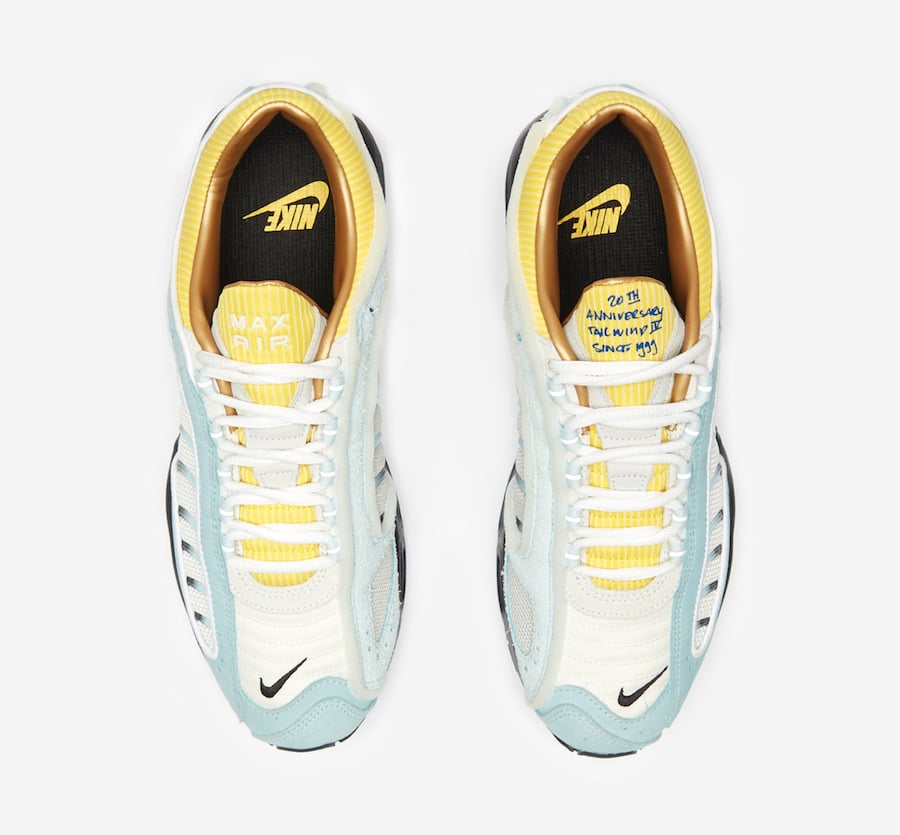 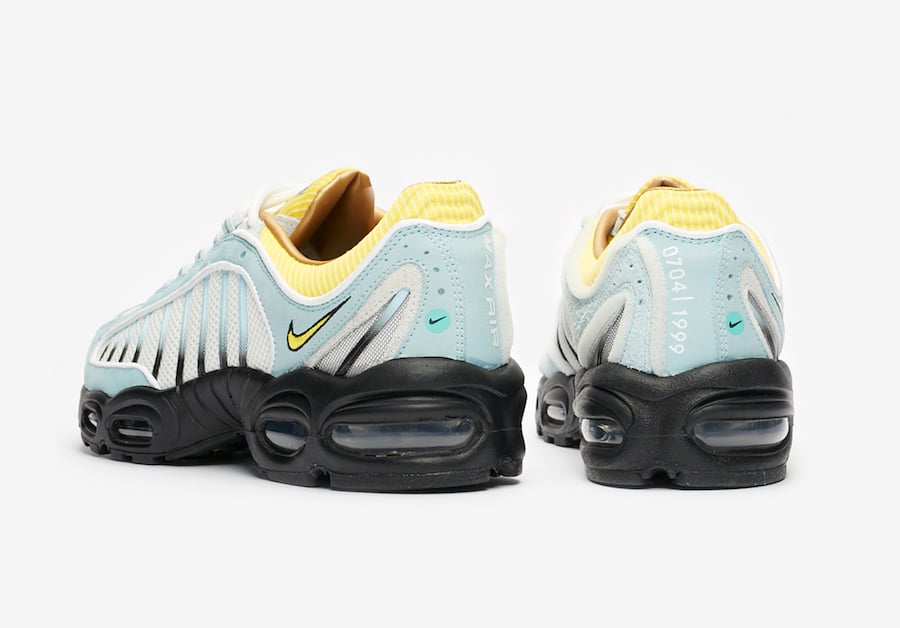 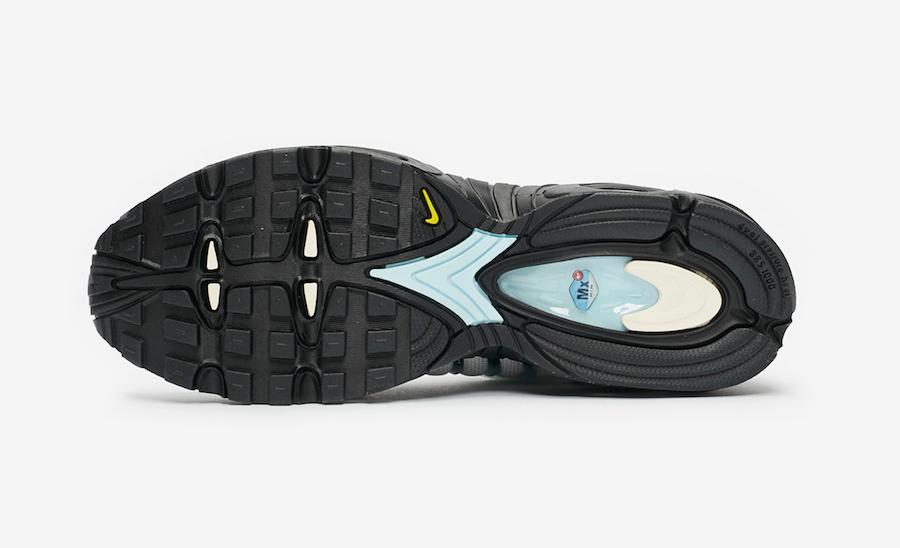 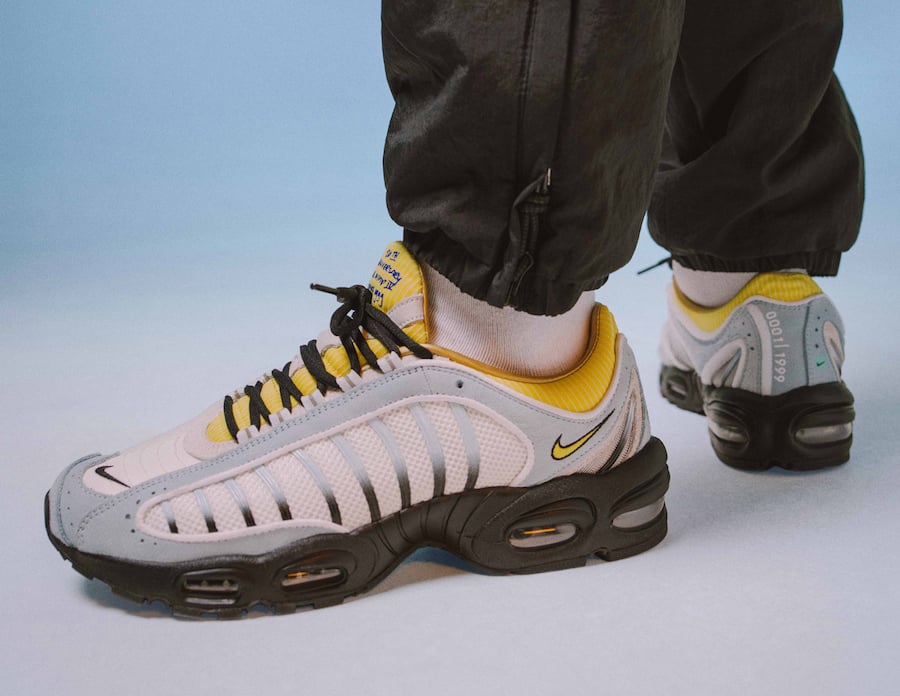 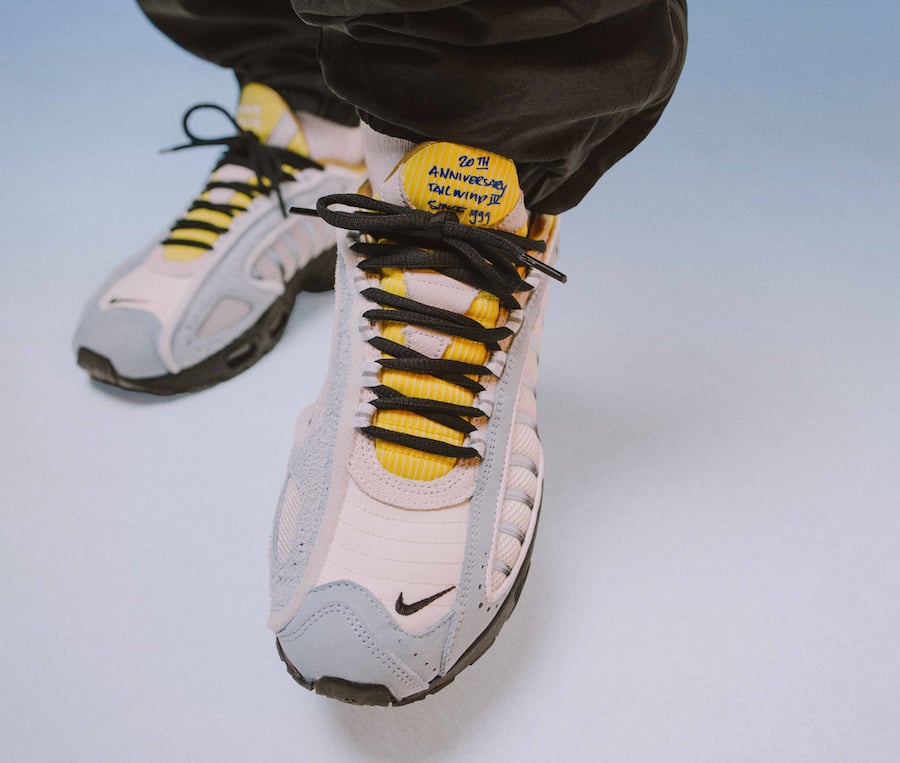 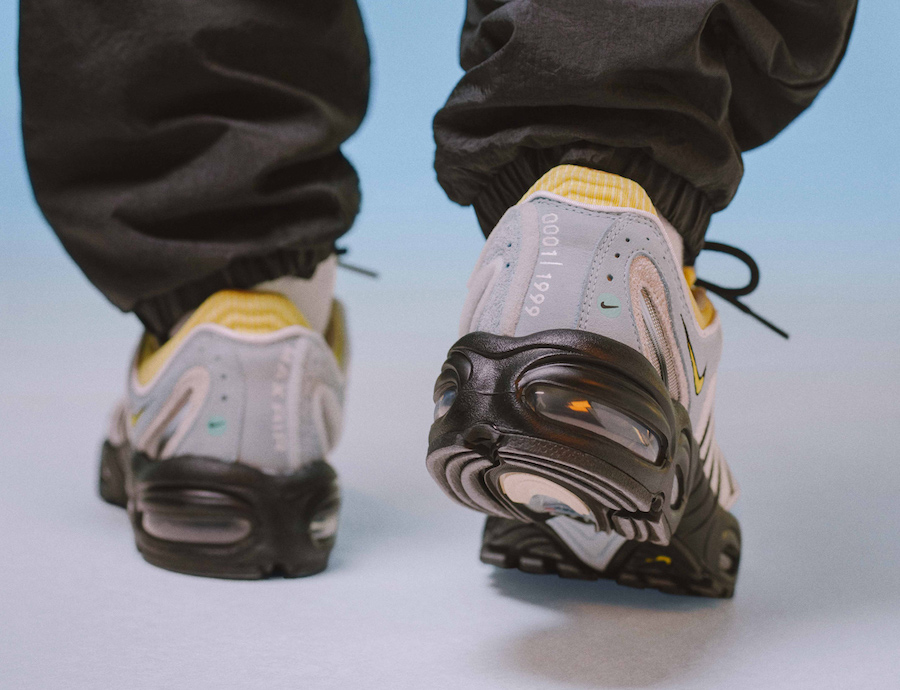