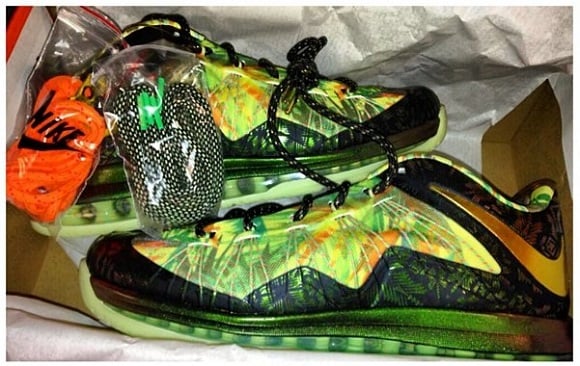 Nike, like any smart company, thinks ahead. Like the t-shirt makers who create a “winning” shirt for both teams of a playoff series, so that they’ll have shirts on-hand for the team that happens to win the game, Nike has created a shoe in anticipation of their shining star endorsee LeBron James winning his 2nd NBA title, the Nike LeBron X Low “2 Time Champion”.

Featuring holographic paneling on a dark green upper, this wild shoe is definitely a looker. The insoles feature the words “2-Time Champion” and “11-12, 12-13”, respectively, trumpeting James’ yet-to-be-completed accomplishment and the years in which they would have been completed, if he manages to pull his Miami Heat from the brink. The hologram and lining feature a design reminiscent of the pattern on the Nike LeBron IX Low “LeBronold Palmer”, a shoe that never ended up releasing; if James and the Heat lose tonight or game 7 to the San Antonio Spurs, these shoes will also suffer the same fate. Let us know what you think of these lookers in the comments below, and hit the jump for another look at these kicks. 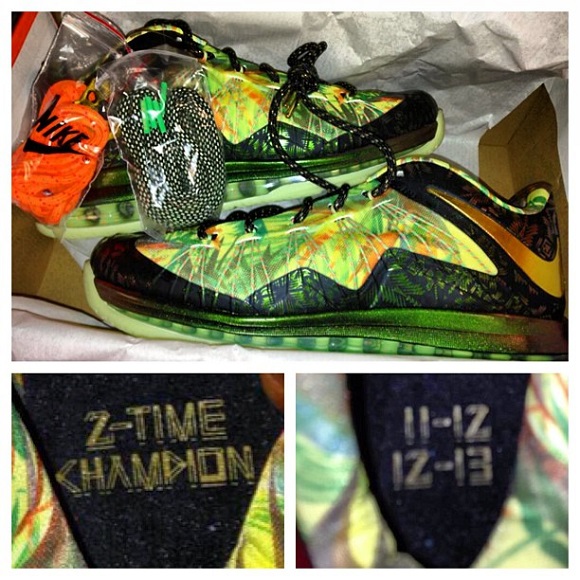