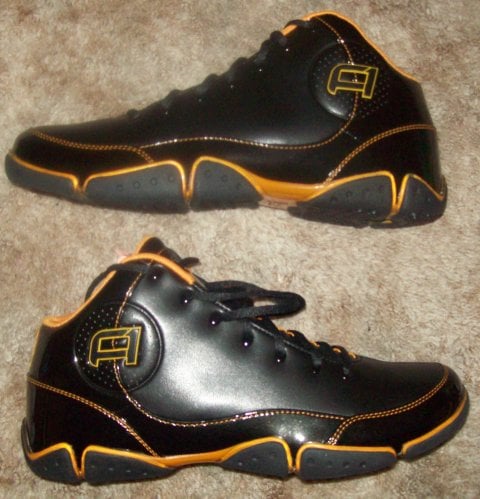 Golden State’s Monta Ellis is chilling on injured reserve until January, the victim of a chaotic self-induced moped incident. To add insult to his injury, Ellis lied to Warriors officials about cuts and abrasions on his leg maintaining that he’d sustained the bumps and bruises in a workout. The team suspended him thirty games without pay. But hey, at least the lightning-quick guard has his first signature shoe, the AND1 ME8, releasing in early ’09! 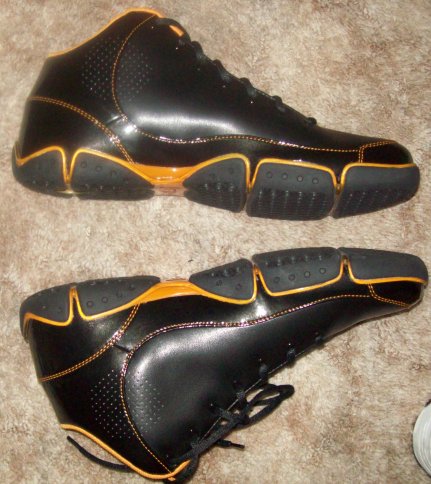 The ME8 is distinguished by a podular outsole and suction cup-esque traction pattern that provides admirable coverage on any number of surfaces. Underfoot, the shoe incorporates a dual-density, high rebound insole and L2G Gel heel unit. The black leather/black patent/California yellow color scheme will match GSU’s away uniforms perfectly when they hit the road later this season. Images via NT member DatzNasty 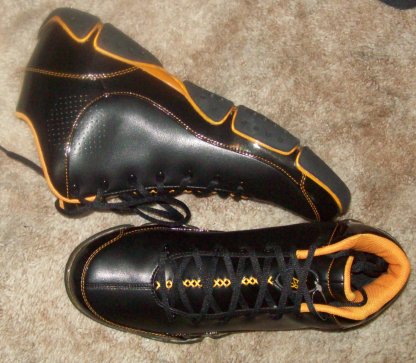