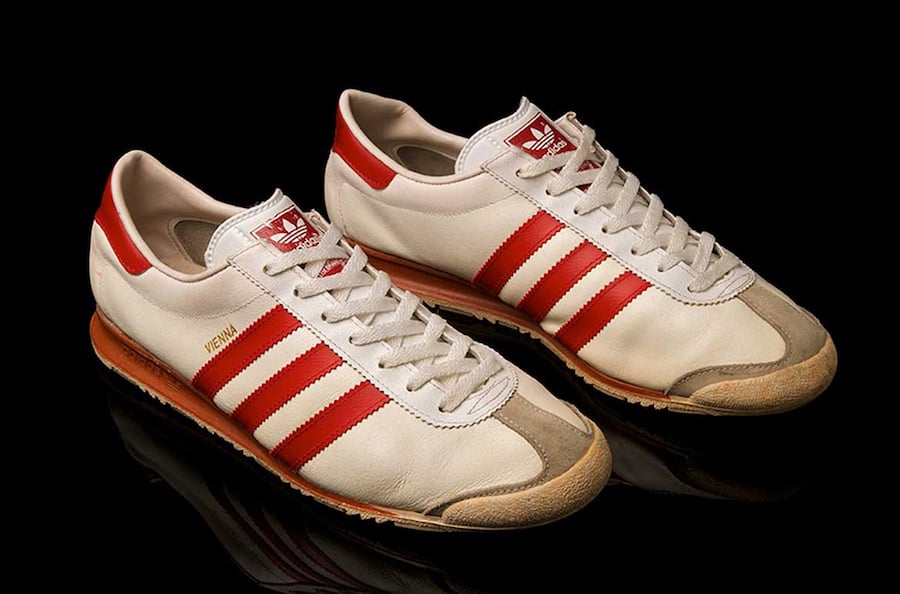 Making its debut in 1964, the track shoe was launched as part of the coveted City Series. Originally dressed in shades of White and a suede T toe, the silhouette modernized in the ‘70s seeing an addition of a Red heel tab and rubber toe bumper with a new ‘waffle profile’ outsole. The track shoe undergone further transformations in the ‘80s and ‘90s seeing changes to the branded three stripes and midsole.

The size? exclusive modernized Vienna and emphases key features of the Vienna flag. With the silhouette replicating the simplicity and ethos of the iconic city the size? exclusive stays true to the identity of Vienna. Up top, a host of original detailing adorns the shoe’s soft leather uppers, including ‘Vienna’ lettering emblazoned in Gold and signature three-stripe detailing in a vivid Red hue.

The size? x adidas Originals Vienna is set to release via the size? previews app and in-store at size? locations on April 6th. Both men’s and women’s sizing will be available. Retail price is set at £85. 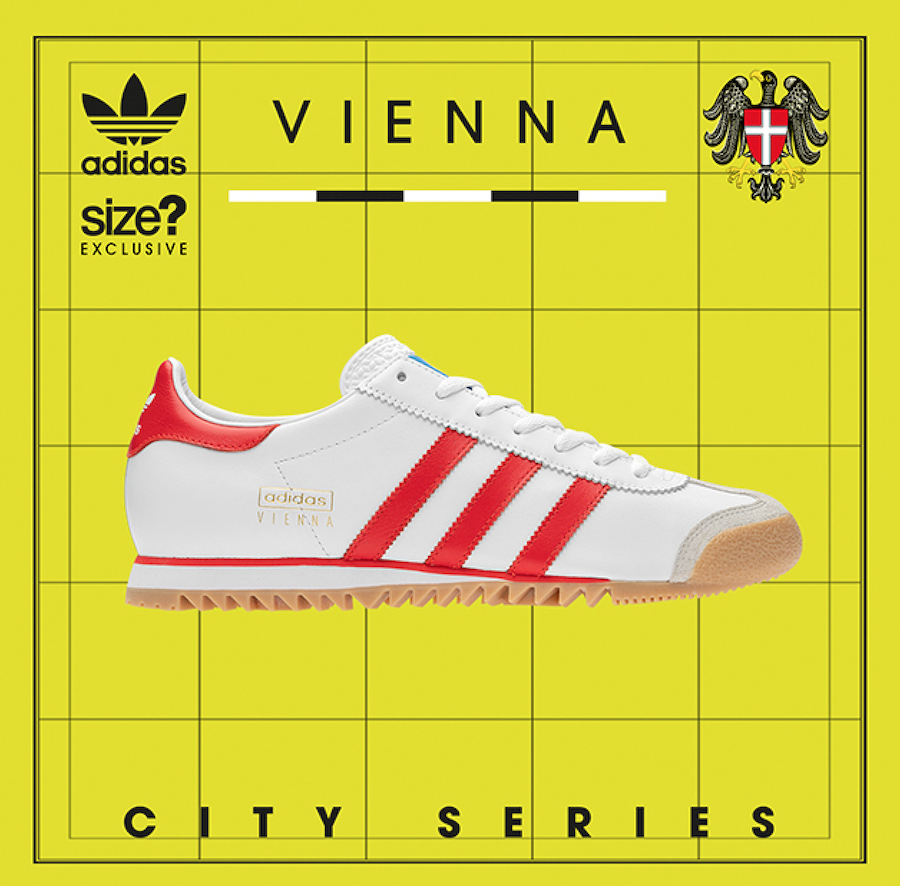