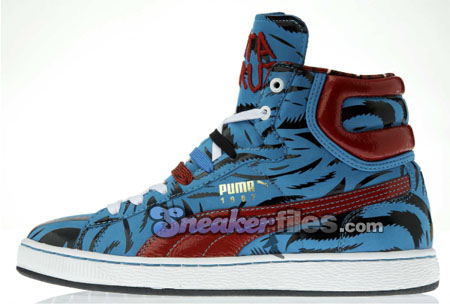 First debuting in 1987, the Screaming Hand graphic quickly became a well known icon among skaters and during the counter culture era. While that was going on, the Puma First Round appeared on the cover of Thrasher skateboard magazine.

21 years later, Puma goes looks back at this and combines the Screaming Hand graphic and the Puma First Round to honor Santa Cruz, one of the most respected skate brands of the 80’s. The First Round High appears in a blue nubuck upper along with a glossy 3D screen-printed logo. Furthermore, a pearlized patent foamstripe, collar, blood and veins leather lining, embroidered Santa Cruz logo on the tongue and 4 lace options highlight the sneaker. A retailers list can be found below, a matching t-shirt will also accompany the release. 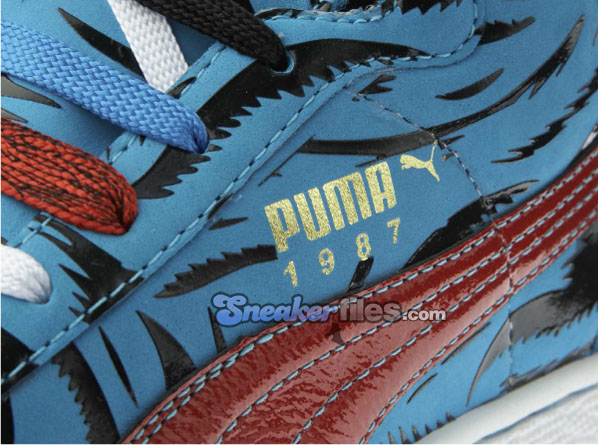