Having donned the kicks throughout the preseason, Russell Westbrook laced up his player exclusive edition of the Jordan Super.Fly once again last night in OKC’s season opener.

Similar to the “Barcelona” edition that hit retail earlier this Summer, the kicks feature a grey Hyperfuse upper with contrasting sky blue, gold and orange accents throughout.

Westbrook scored 18 points along with 8 rebounds and 5 assists, but was just 6-21 from the field as the Thunder fell to the Spurs 84-86. 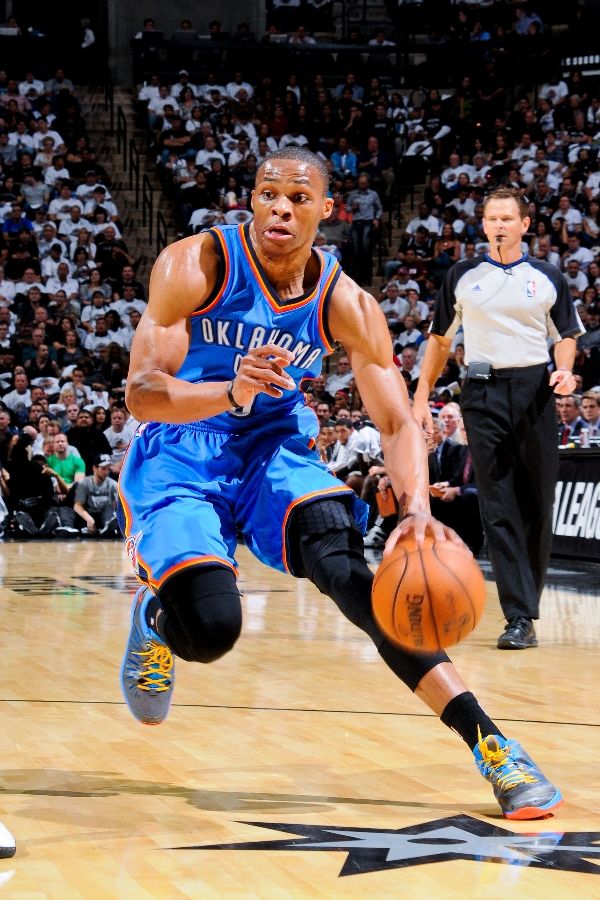