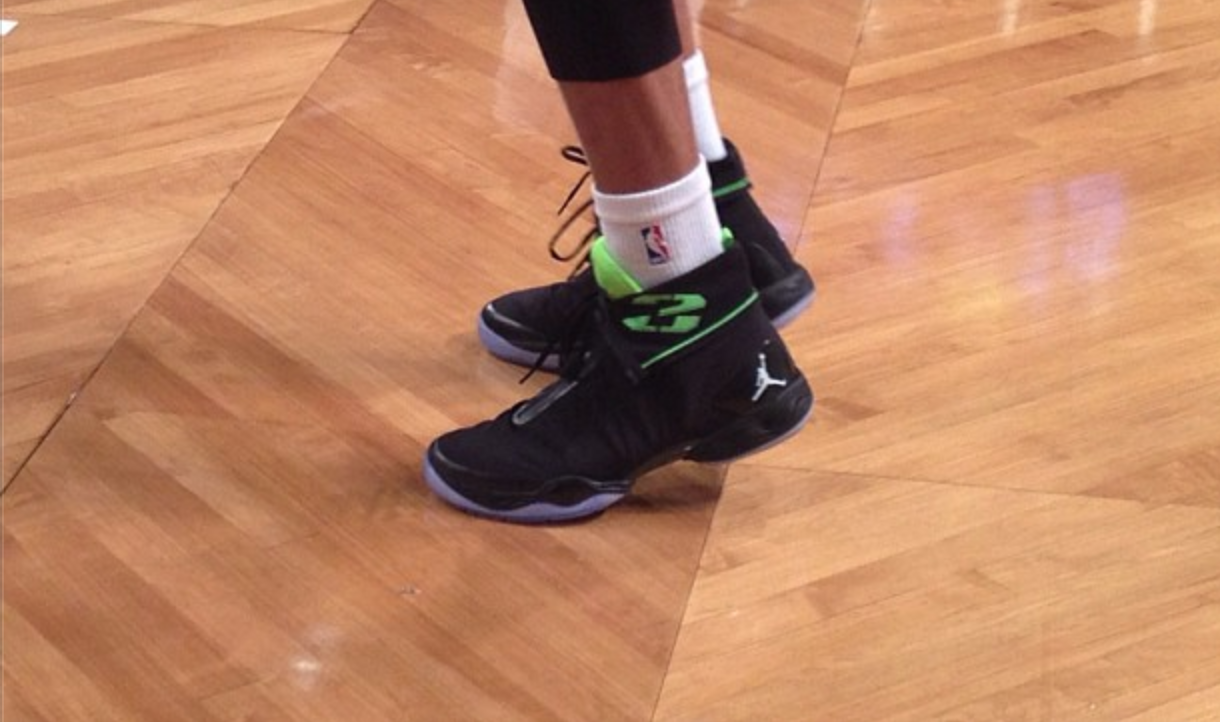 Oklahoma City Thunder guard Russell Westbrook is set to officially debut the Air Jordan XX8 on court tonight as the Thunder take on the Nets in Brooklyn at the Barclays Center.

Pictured here prior to tonight’s tip, it looks like the kicks will be donned with the Thunder’s brand new alternate uniforms while Westbrook has opted for a partially unzipped look during the pre-game festivities in order to show off the unique 2/3/8 optical illusion logo.

Tune into NBA TV now to catch the game and see the kicks in action. 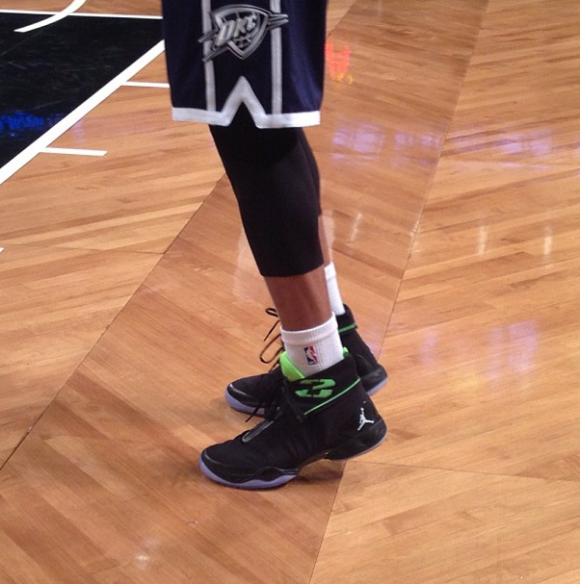 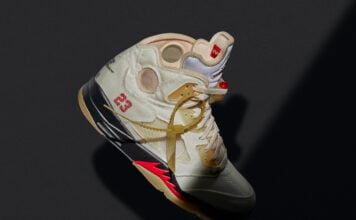