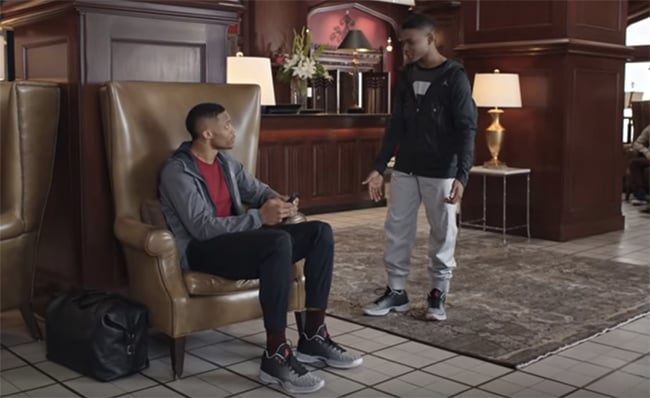 Russell Westbrook is off to another great start of the NBA season and as he is signed to Jordan Brand, we have seen him on court in various Air Jordan XX9s. Capitalizing on his on-court achievements, Foot Locker has released a new commercial starring Westbrook called ‘Jordan Fly Your Own Way’.

The commercial showcases the Air Jordan XX9 Low worn by Westbrook and a kid that wants to be just like him. For those that are unaware, they will release tomorrow at Foot Locker and other Jordan Brand retailers. The commercial goes on to explain how this kid can’t be like Westbrook due to a bunch of scientific and other reasons while Westbrook just tells him to be himself.

Also making an appearance in the video is Jalen Rose and Dr. Phil. Check out the segment below and let us know if you plan on picking up the Jordan XX9 Lows tomorrow.