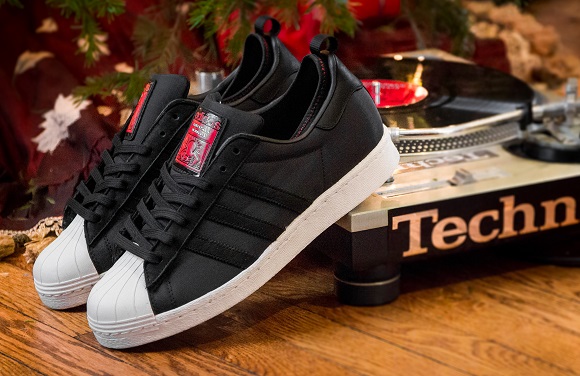 After giving you a first look at the super-dope collaboration between the late, great artist Keith Haring, hip hop legends Run DMC, and adidas – the Run DMC x Keith Haring x adidas Originals Superstar 80 “Christmas in Hollis” – last week, today we bring you a detailed look at the upcoming release (courtesy of Packer Shoes), which pays homage to the classic Run DMC Christmas jam “Christmas In Hollis” and the iconic artwork created for the single’s cover by Haring.

The kicks feature an all-black leather and ripstop upper with a white shell-toe tip, all of which sits atop a crispy white mid/outsole combination. Unique features like the tongue tag (which features a recreation of the Haring’s artwork) and “Run DMC” branding on the insole and rear of the midsole properly pay homage to the 1987 collaboration between the two legends, who also happened to be two of the biggest artists at the time.

Look for these to release at select adidas retailers this weekend, but if you happen to live in Jersey, head over to Packer Shoes in Teaneck this Friday, December 20th, at 1pm EST for their special launch party, hosted by DJ Clark Kent and featuring appearances by none other than DMC (one third of Run DMC, for you young bucks out there), as well as some yet-to-be-announced “friends”. 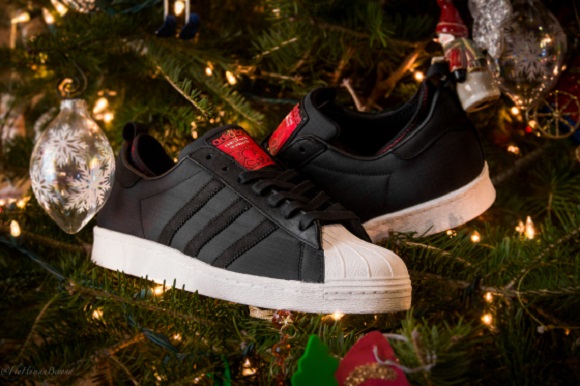 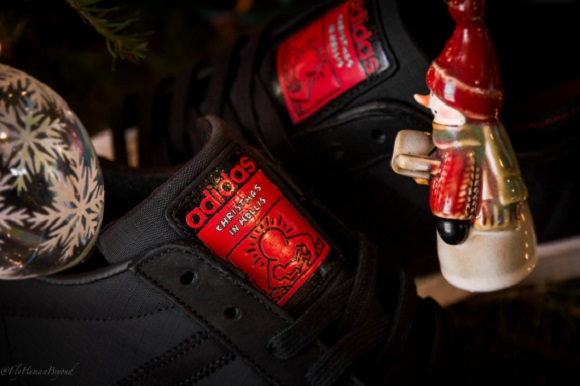 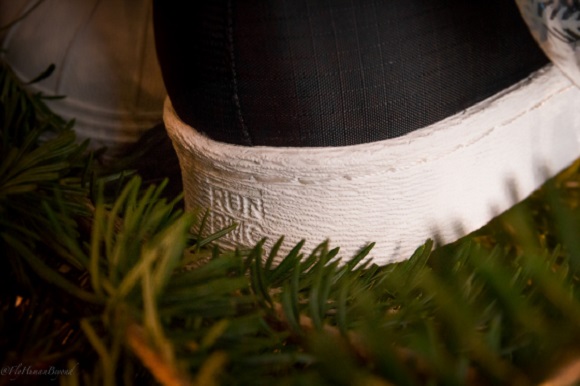 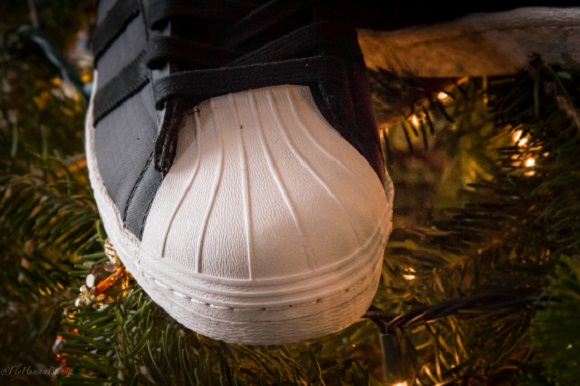 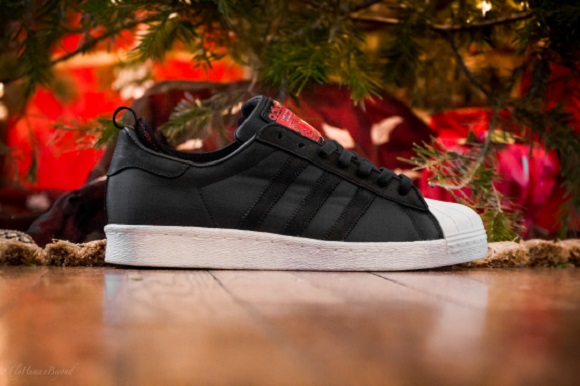 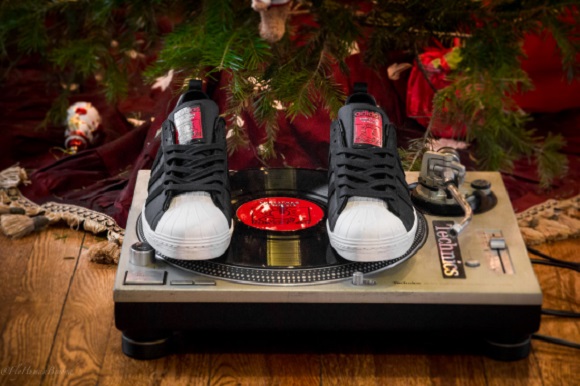 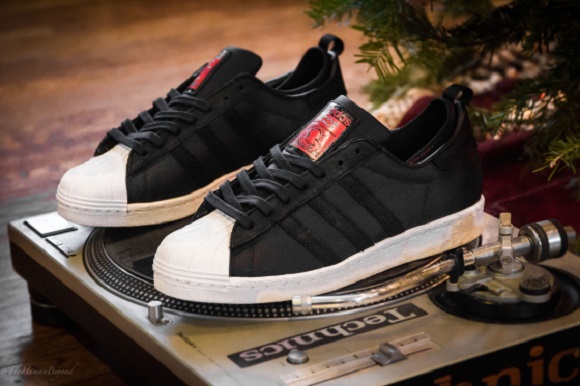 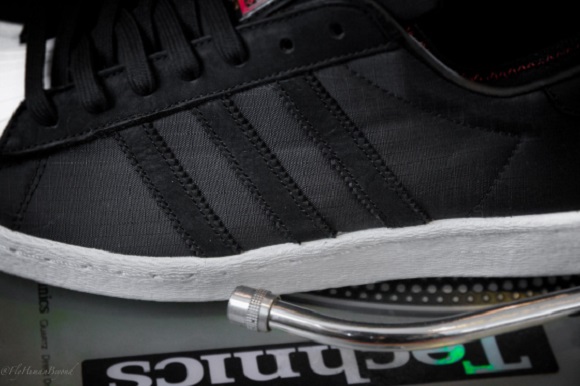 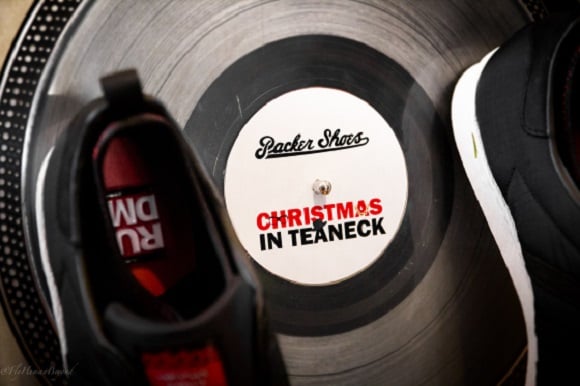 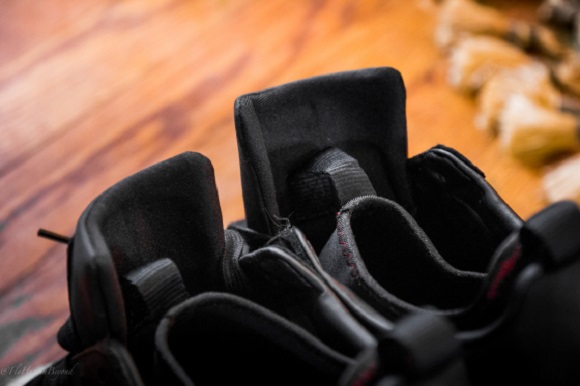