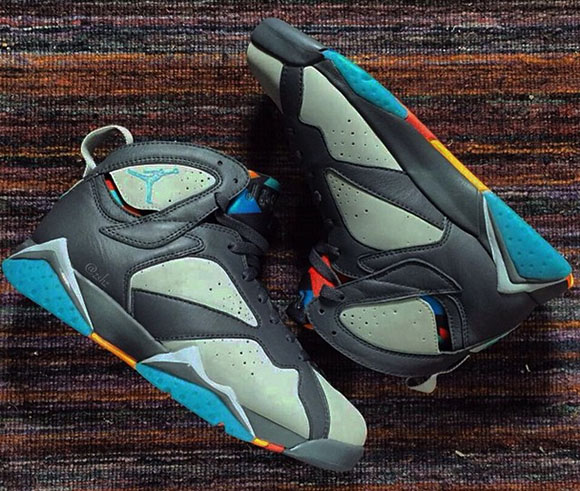 Remembering the once NBA Team Charlotte Bobcats, which is now called the Hornets is a pair of Air Jordan 7s. Rumor has been circulating of a release date which could take place in April.

Moving forward, we find it a bit odd that JB would release a Bobcats Air Jordan 7 as the team name has changed. Although the color scheme does match, we believe they will be connected to the Looney Tunes squad or even have a different name. Of course this is speculation and the Bobcats name that is attached to them came from sneaker enthusiasts.

The possible release date for the Air Jordan 7 Bobcats is April 25th 2015. Expected retail price is $190.